News
A Compilation of Safety Issues Through the Century 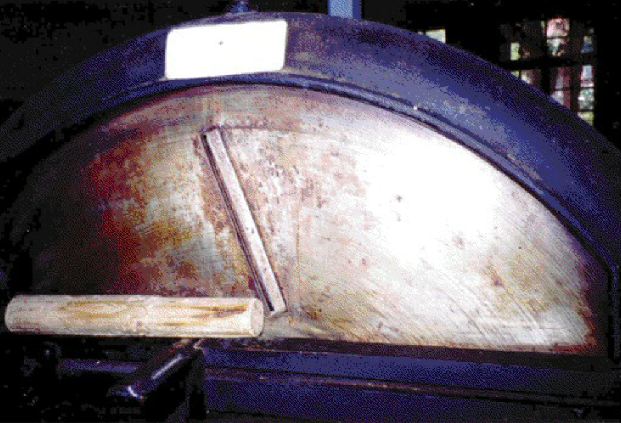 Believing that anything the Employer can do to prevent Accidents is not only a very humane thing to do but because also Accident Prevention is a very profitable way to invest money, the Committee made…

Believing that anything the Employer can do to prevent Accidents is not only a very humane thing to do but because also Accident Prevention is a very profitable way to invest money, the Committee made several recommendations that certain Safety Devices and Shop Rules be compulsory.

The Detroit Board of Commerce, comprising a party of 571, arrived at Sault Ste. Marie…while visiting the Lake Superior paper mill an accident occurred through the falling of the stairway leading to the slasher room, in which two were seriously and four slightly injured.

An employee of the Consolidated Paper Corp. died recently from an electric shock while working in a power sub-station in Grand-Mre, Que. A short circuit occurred when [he] dropped a cold chisel on a wire.

An employee on a wood yard went onto a moving conveyor to dislodge jammed wood. His foot became caught in the conveyor chain, and he was carried over the sprocket, which resulted in the amputation of two toes that were too badly crushed to be saved. The cause was the employee’s absolute disregard of safety instructions to never get on a moving conveyor. He possibly won’t any more, but it was a costly experience before becoming “sold” on the safety suggestions he had been given, and possibly disregarded by similar unsafe acts many times before he was injured or “caught”.

Mr. J.R. Booth, the veteran pulp and paper manufacturer of Ottawa, who received serious injuries some weeks ago by being struck by a falling timber at his plant, is progressing rapidly towards complete recovery.

As a result of bruises received while measuring lumber in his yards at the foot of Bathurst Street, Toronto, Richard Hassall died recently.

Recently in our plant, we had a truck driver who was having one thing after another happen to him. The final scene was running over a fireplug in the yards for apparently no reason whatsoever, as it was out in the open off the road. Previously he had walked off a scaffold. The doctor found out that the man had suffered some impairment of his eyes and was almost blind. The man did not want to report his condition due to the fact he was afraid it might interfere with his job. He was treated and fitted with glasses. Today he is one of the best men we have in the gang.

A paste machine operator, while threading his machine for 3-ply papers, got too close to the nip where the sheets came together and his right hand went into the nip. It resulted in a severe contusion of the workman’s right hand. The cause was attributed to an unguarded squeeze roll, which hazard was eliminated after the injury occurred.

A clean-up man on a wood yard received fatal injuries when he was drawn into the nip between the return on a rubber belt conveyor and the idler pulley placed there to keep the sag out of the belt. At the time of the accident, the deceased was using a long-handled scraper to clean out under the conveyor.

To be a safe tool, the wood hook must have a sharp point. To keep it from being the cause of serious injuries, workmen must be thoroughly sold on the danger of it if not used properly. One employee had hardly started to work on his first day when, while tugging with a stick, he had to drop his hook on the woodpile. When he turned around he stepped on the point of it, almost sticking it through his foot.

A fatal accident occurred…when an electrician with the Bathurst company was electrocuted as he was repairing the high tension wires near the switchboard in the grinder room of the plant.

The Donnacona Paper Company suffered misfortune when their pulp wood and paper carrier M/V Donnacona No. 1 was lost on the morning of October 27th. None of her crew of six have been recovered.

Considerable damage was caused to the electrical equipment of the mill of the Spanish River Pulp and Paper Mill, Ste. Marie, Ont. through a short circuit in the company’s lines. The city was plunged in darkness for over an hour and the street cars were stalled for lack of power. The damage amounted to several hundred dollars and was soon repaired.

One of our safety rules is never work over moving machinery when doing repairs; shut the machine down and put a ‘Don’t Start’ sign on the starter.

This rule was broken by a man in the wood room during the month of July. The machine was scheduled to shut down at midnight but at 11:55 p.m. he started to do repairs, with a helper, to the wood barker. He stood upon a plate directly over the chute leading to the barker with nothing to prevent him sliding into the machine in case of a slip. He slipped and fell into the chute and the only thing that saved him a horrible death in the machine was the quick thinking and quick action of his helper, E. Sauv who, on looking up, found that his co-worker had disappeared. Sauv ran for about 30 feet over two ladders and threw out the switch before the man had been buried by the wood in the barker.

Advice on writing an accident report in 1942 recommended: Make the reports short and snappy and see that the boss gets them.

ON A LIGHTER NOTE:

Workman – Would you increase my wages? I was married yesterday.

“Sorry,” said the foreman, “but we are not responsible for accidents outside the mill.”

In the last issue, P&PC ran an article by John Little on Safest Mill in Canada Contest: Year 2005 — The Balanced Scorecard Approach. However, the contact information for John Little has changed. He can be reached at jelittle@oricom.ca and (418) 826-0541.