This past August, I had the pleasure of being invited to a meeting in Quebec City by Patrice Mangin, director general of the Centre intgr en ptes et papiers of Trois- Rivires (CIPP). The conferenc... 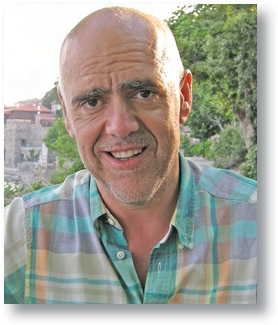 This past August, I had the pleasure of being invited to a meeting in Quebec City by Patrice Mangin, director general of the Centre intgr en ptes et papiers of Trois- Rivires (CIPP). The conference brought together scientists, researchers, business directors and teachers from the four corners of the world, all who dedicate a large amount of their time and energy to finding solutions to the different challenges the pulp and paper industry faces on an international scale.

This select group of 67 individuals makes up the TAPPI Research Management Committee. This year, their meeting took place in Canada -more precisely at the Chteau Frontenac in Quebec City, a place that has been put in the spotlight during its 400th anniversary. Mangin, the committee’s vice president, was the organizer of the 38th edition of this event.

The TAPPI Research Management Committee’s goal is to better coordinate research and development at the heart of the pulp and paper industry. The committee aims to be a centre for information and encourages the development of new projects. Conferences, workshops and a number of publications are the main tools the group uses to reach this objective.

A look at this year’s conference program showed some of the concerns and challenges the pulp and paper industry will face around the world in the coming years. Conference participants also learnt about new innovations in procedures and forestry products. They exchanged ideas on sustainable development and discussed new advances in fibre research. They got to know cutting-edge institutions like Sentinel and learnt about the PAPIER (Pulp and Paper Institutes for Education and Research) group. On top of that, they also reflected on questions involving R&D funding, and different projects in nanotechnology and biorefinery.

As a sign of the times, there was a lot of talk about energy during the conference. A representative from Enerkem, which is located in Sherbrooke, Que., described the company’s projects involving biofuel production. Enerkem has built a plant in Westbury, Que., that is among the first in the world to produce ethanol from cellulose on a commercial level. The factory is set to open this fall and will produce ethanol from “urban wood” -old electrical posts -and other available materials. Other similar projects are also taking place: recently, GreenField Ethanol signed and agreement with the City of Edmonton in Alberta to build a plant and produce methanol and ethanol from municipal waste.

Participants at the Quebec City meeting also learnt hydrogen is still a factor when it comes to energy. Representatives from Air Liquide Canada Inc. and the Institut de recherche sur l’hydrogne of Trois-Rivires came to plead their case for the pulp and paper industry. They said there needs to be more education and more information put out there to change the public’s perception that hydrogen is dangerous.

When the meeting wrapped up, the issues facing the industry on an international scale became clearer, even though certain questions still remained. One was how to bridge the gap that currently exists between research into new technologies and their actual application in the industry. There does not seem to be an easy answer. The key lies in making connections. Putting these technologies in action happens by holding these types of conferences, where the goal is to build strong ties between research centres, universities and the industry.

letters to the editor ylavertu@pulpandpapercanada.com