News
A History of Green Choices 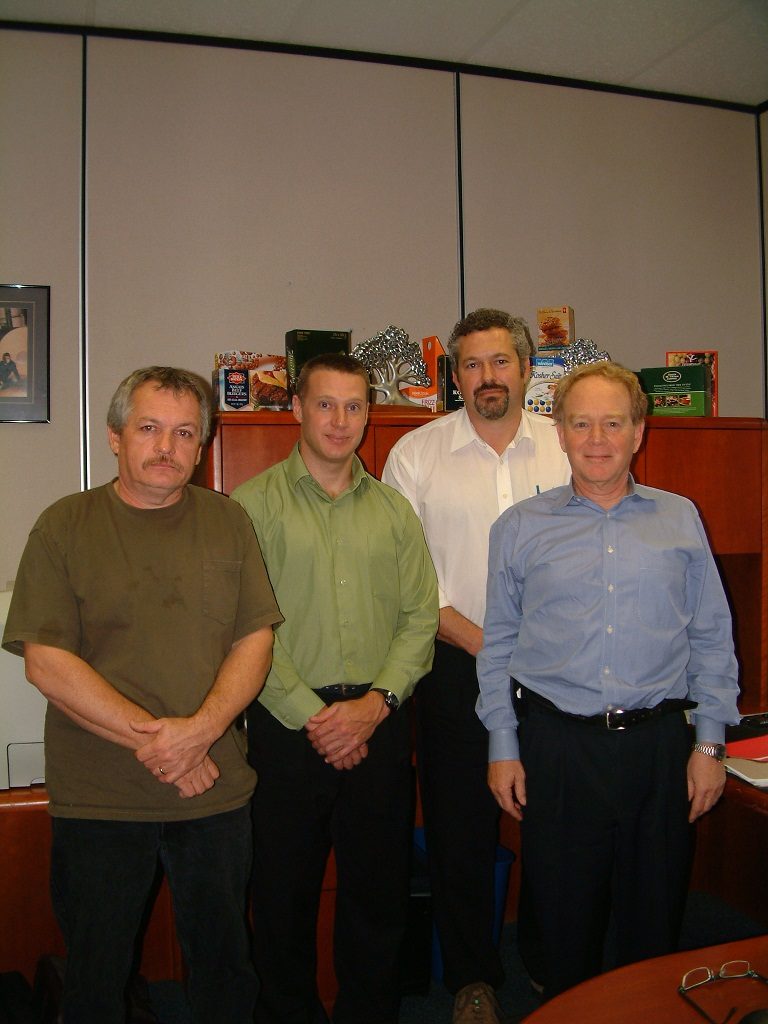 The Strathcona Paper management team has a very disciplined approach to the environmental aspects of their operation. Shown are (l to r): Frank Dorrington

Long before environmental stewardship became a household term, the management team at Strathcona Paper insisted that concern for the environment and natural resources be a guiding principle.

At the 100,000-tonne clay-coated, recycled paperboard mill near Napanee, Ont., respect for the environment has been standard operating procedure for years.

“Since I’ve been here, which is 20 years, this company has always been environmentally conscious, long before it was popular,” says operations manager Troy Gibson.

The mill’s environmental objectives are generally measured by intensity, i.e. usage per tonne. So a positive change in intensity can be achieved either by lowering usage, or raising the amount of tonnes produced with equal input.

The company solidified its environmental commitment in 2001 by achieving ISO 14001 certification and is now the only 100% recycled clay coated paperboard mill in North America with ISO 14001 certification. “What that’s given us is a very disciplined approach to the environmental aspects of our operation. We are very driven by what that brings to the company,” says Mark Sklar, president and COO.

“It encourages us to look at many different areas of our operation, and address them.

“Being a small company helps, because we don’t have a high level of bureaucracy,” he adds. “We pride ourselves on making decisions quickly.”

As Gibson notes, “The same group is making environmental, safety, and production decisions.”

One of the mill’s ongoing goals is to reduce water usage per tonne. “We have a tremendous focus on recycling as much water as possible,” says Gibson. As a result, says Frank Dorrington, environmental supervisor, “We’ve eliminated cooling water discharge, so we have no risk of environmental exceedence on that front, because it is a closed system.”

Water used in the mill all goes to a central collection point, where it is screened. Strathcona has converted to DSM screens, which are stationary, gravity- fed screens that need no electricity. Stock returns to the pulper; the water is reused in the process.

Today, 85% of the water used in manufacturing at Strathcona is recycled. Water returned to the adjacent Napanee River is thoroughly cleansed and cooled, and the returned effluent makes a positive contribution to the river’s aquatic ecosystem.

Strathcona composts all biosolids and provides this material to local farmers who spread it on their soil as organic compound.

Other mill systems have also come under scrutiny. An automation system was installed in the early 2000s. At that time it was the first Metso DNA control system in North America. In 2001, Strathcona completed a $25-million investment in state-of-the-art technology at the mill to deliver higher quality, more consistent paperboard.

Since stock prep involves many pumps with electric motors, the mill is moving toward variable frequency drives wherever possible, says Gibson.

The team’s environmental commitment is also channeled into the mill’s end products. Introduced in 2007, GreenChoice 100 is a packaging board that claims an immaculate environmental pedigree: 100% recycled fibre, carbon neutrality, and manufactured using 100% clean energy to firmly address customers’ sustainability initiatives.

Sklar explains: “As interest in packaging sustainability grew, we thought there was an opportunity for a product that was carbon neutral and made with clean energy. We have about 12 brand owners using it now.”

The carbon neutral and clean energy claims are achieved through offsets, using an independent third party.

The administration of these various certifications is “quite onerous,” Dorrington admits, with audits and third party certification.

Thanks to its history of green choices, Strathcona has the numbers to back up its claims. Each year, the mill has less impact on the earth’s resources.