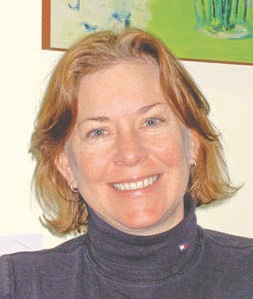 As a newcomer to Canada’s world of pulp and paper, I feel that I have joined a high-profile global industry. After all, the industry receives regular attention from mainstream media -hardly a day goes…

As a newcomer to Canada’s world of pulp and paper, I feel that I have joined a high-profile global industry. After all, the industry receives regular attention from mainstream media -hardly a day goes by without a newspaper article or television report about the pulp and paper industry in Canada. Whether it’s about mill closures and a looming economic slowdown or the global economy and emerging markets -it is clear Canada figures prominently on the world’s pulp and paper stage. Even in its current state, it represents an impressive percentage of Canada’s GDP.

And this magazine has been published for more than 100 years. A mighty and strong industry we have been, it seems. But always? If not, what happened? I’ll leave that question to industry experts like Avrim Lazar, president and chief executive of the Forest Products Association of Canada, who has written the Point of View column this issue.

While Mr. Lazar reviews the reasons for the industry’s current difficulties, he does take note of more than one silver lining. He says: “The most global of our paper products, market pulp, has enjoyed a generally strong performance despite the many struggles we face.” He continues: “And in the face of a high dollar and deep structural changes in the markets, the cost-competitiveness of Canada’s newsprint sector has improved over the past year and a half.” Mr. Lazar also speaks of other positive attributes -but you will have to turn to page 46 to find out more.

For a little more perspective, I’d like to take you back to a time that many of us see as a golden age in Canadian history … but the following speech, given in 1963 by Elliott M. Little, then president of the Canadian Export Association, indicates otherwise. Mr. Little worked in the pulp and paper industry for his entire career and, speaking at the Empire Club of Canada in Toronto about “Expanding Trade -The Positive Approach to Economic Growth,” he said: “It will be news to no one in this room if I state that in the past five or six years economic conditions in Canada have changed for the worse. Our buoyant rate of growth has slowed down to the extent that, since 1956, there has been virtually no gain in real output per capita….

“Over-capacity in many industries has kept business capital investment, the main driving force of our expansion in the post-war period, well below the levels we became accustomed to in those earlier years. Indeed, we now find ourselves gazing enviously at the Western Europeans, whose pace of economic advance has recently so greatly exceeded our own….” He continued: “For the best part of a century, Canadian trading policy has had two separate features, each of which has tended to be, to some extent, in conflict with the other. These features have been, on the one hand, the desire to maintain the most open possible foreign markets for our primary goods exports while, on the other hand, endeavouring to develop a complex of manufacturing industries behind a protective tariff at home.”

In conclusion, he said: “I hope I have made a sufficiently convincing case for a new trade policy, involving substantial cuts in import tariffs, with a view to producing a more specialized, low-cost industrial structure in this country. The question now is how this objective should be pursued.”

Just a little perspective. Canada’s potential always seems to be greater than its achievements. That fact does not undermine our achievements, however. It just means we can always do better. I bring you back to Avrim Lazar’s Point of View: “We have the resources, the knowhow and, perhaps most important, the environmental excellence in the marketplace. What we are missing, though, is the ight business environment.”