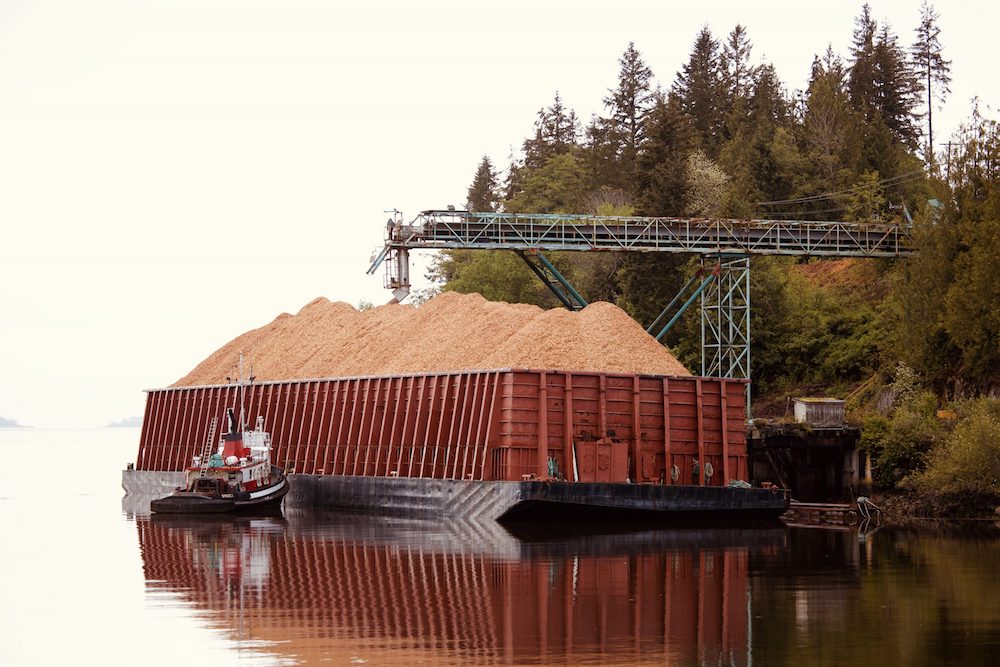 The first barge of chips produced by Atli Chip Limited Partnership has been successfully loaded for Paper Excellence.

“As part of this partnership, Paper Excellence also entered into a chipping services agreement to receive all the chip and hog production from the facility,” says Quinton Hayward, RPF, chief forester for Paper Excellence.

“This first barge of chips will be consumed by one of our four coastal mills located in Powell River, Port Mellon, Crofton and Port Alberni. It is an exciting milestone in this partnership.”

“We’ve been working hard at the chip plant since this partnership was announced last month and the team is really excited to have achieved this milestone,” says Warren Roberts, general manager, Atli Chip L.P.

The chip plant employs seven to 10 people who live in Beaver Cove and the surrounding north Vancouver Island communities.

“We are very excited to have such strong partners in this new business and that includes the employees working at the chipping facility,” says Doug Mosher, RPF, CEO of Atli Chip L.P.

“Over the past few weeks, the contributions and efforts of everyone has been outstanding. Our goal now is to increase the utilization and volumes of wood waste and pulp logs to grow the chip plant business for the benefit of the ‘Namgis First Nation and the surrounding communities.”

“This is also an important milestone for Paper Excellence from a fibre supply perspective,” says Hayward.

“These chips were made from logging waste – including treetops, broken logs and chunks – produced by local logging operations and dryland sorts. Turning this material into chips is reducing the amount of usable fibre left behind after primary forest harvesting to ensure better utilization of the forest resources and carbon reduction.”