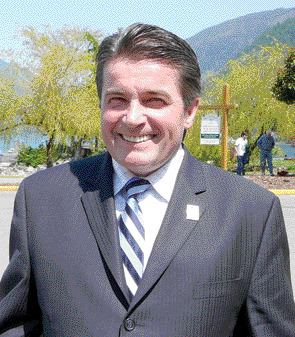 On February 8, 2007, the Hon. Gary Lunn, Minister of Natural Resources, was the guest speaker at the PAPTAC/FPAC annual business luncheon during PaperWeek International in Montreal. During his speech, he recognized Canada’s forest products industry as “an economic powerhouse” — contributing about 3% of the country’s GDP and 11% of its exports (some $44 billion annually). His remarks are available at www.nrcan-rncan,gc.ca. He concluded his speech that day with this statement: “I will continue to listen and work with you to see the forest industry in this country thrive and prosper.”

Interviewed by Martin MacLeod for PPC, Lunn talked about R&D efforts in the forest products industry, the government’s forest sector position, and the mountain pine beetle dilemma in British Columbia.

PPC: For the past decade, R&D spending in Canada’s forest products industry has been on a downward spiral, despite the international caliber and track records of the “Big Three” institutes — Paprican, FERIC, and Forintek. None of the pulp and paper companies in Canada do any significant amount of research on their own any more. Can this recent history be reversed? Where will the leadership come from?

Lunn: Last year, when I was having discussions with people in the forest products industry, what I heard loud and clear was that things were disconnected and communications with government weren’t clearly focused. But one of the positive things we could do would be to bring Paprican, FERIC, and Forintek together, and they have just been consolidated as FPInnovations.

I think there’s a great opportunity here for leadership to come from FPInnovations, with government and industry playing much stronger roles – together – than they have in the past. You’ve got a focused group that way. As you know, I announced $127 million over the next three years to bring these institutions together and allow them to pursue their priorities as a group. Since the directors on the board of FPInnovations are primarily industry people, they’ll set the new directions. Bringing the three organizations together as a single entity should get the industry engaged again on the research side.

PPC: Can you imagine that this might encourage some of the big pulp and paper companies to reinvest in research within their own organizations?

Lunn: Well, it could, you know. I think that’s how we can stay ahead and remain world leaders. It’s a very competitive market out there. The price of pulp is strong right now, but we can’t take anything for granted. We always have to strive to be in front of the curve. But industry and government can do more. And it’s really important that we do it together for a common purpose, seeking out the best opportunities and making operations more efficient to get better recoveries from raw materials to products.

PPC: In research, do you see an increasing role for universities? At various places across the country, they have certain capabilities, but collectively they remain a small part of the overall innovation capability in the forest products sector.

Lunn: Oh, you bet! They grow the leaders of tomorrow, the brightest minds. I was at the Faculty of Forestry at UBC recently, and I was really impressed with some of the research work they’re doing. Academia certainly needs to be part of the solution, along with industry and government.

I can give you another example. We spend a lot of time in my office on the energy file — including research and technology — and there’s a lot of money involved. It’s through the combined efforts of industry, government, and academia that we really succeed. For sure, some of the best solutions originate in the universities.

PPC: What about agencies such as the Canadian Forest Service, and the challenge of coordinating approaches across a country which has so many provincial forestry agencies, each with its own mandate?

Lunn: We need to look continually for ways of making sure that the work they’re doing supports one another. The worst thing we could do is have a bunch of parallel streams of independent work – that’s an inefficient use of our resources. I think it’s critically important that the forestry agencies also work with FPInnovations, rather like a centre of excellence network, so that there is a coordinated approach. We need to build on the same goals and projects to ensure that the forest products industry in Canada continues to be a world leader and that it is strong all the way across the country.

PPC: Do you ever suspect that we make it too hard on ourselves in this country?

Lunn: For sure – I think about that every day. But I also think that it’s important to move forward, not look backward. Yes, we should evaluate what we’ve been doing: is it working, and are we getting the results we want? And if not, how do we make it more effective, more efficient? We can always do a better job, no question about that.

We will be there as a federal government to support the forest products industry. We’re looking forward to learning what FPInnovations decides are the greatest opportunities, and collectively working to ensure that the pulp and paper business in Canada sustains its reputation as a world-class leader.

PPC: In the pulp and paper industry, we’ve seen two significant mergers recently – Domtar with part of Weyerhaeuser, and Abitibi-Consolidated with Bowater – to create a couple of large Canadian companies on the North American stage. So now they have bigger portfolios of out-of-date productions facilities and fairly conventional product lines. What will it take to regain our international credibility and leadership again?

Lunn: Well, in the market we’ll continue to see different mergers and acquisitions going on. Some are so big that they have to go to Industry Canada for approval. But by and large, the market will find its own directions on the best ways to proceed. Where there are older mills, our government is trying to encourage more capital to be spent, more modernization to occur, and newer technology to be applied.

In Budget 2007, we launched the accelerated capital cost allowance for the manufacturing sector over the next two years. This is a good opportunity for the pulp and paper industry to make investments in some of these older mills and get a financial benefit from the federal government through faster depreciation. This should encourage many companies to look closely at the industry, its capacity, and opportunities to make investments and modernizations.

PPC: Let’s move on to forest resources, and particularly the mountain pine beetle devastation in British Columbia. Can you picture the situation in ten years from now?

Lunn: At the moment, the affected area in the interior is three times the size of Vancouver Island. In some parts of BC, the forests are over 80% lodgepole pine. We’re seeing outbreaks in Alberta for the first time. The predictions are that by the end of the infestation – likely the ten-year time frame we’re talking about – at least three-quarters of the lodgepole pine in BC will have been killed. That’s why our government has made a commitment of $1 billion over the next ten years on this. We’re in it for the long haul, to help the forest industry ensure its long-term sustainability and to protect the communities affected. The beetle isn’t finished its work in BC, and unfortunately the infestation is so large that containment isn’t possible – that’s what the experts are saying. There may be some opportunities for mitigation in BC’s northeast sector, though.

I’m aware that there are some people who want us to spend a lot of money right now. We’re making investments as we proceed forward, but
they need to be the right ones. We have to look at where we’re going to be in three years, in five years. What’s the impact on wood quality, and how fast is it deteriorating? At what point do we no longer get merchantable timber? What are the effects on the fibre supply side for pulp and paper? These are all questions we’re working on. At all levels of government, we have to work together to find out what’s in the best interests of the industry and the forest-based communities. That’s exactly what our government is focused on.

Lunn: It certainly is. I remember the infestation when it appeared on the radar screen in the early 1990s. It was in small areas the size of half a dozen city blocks in places like Tweedsmuir Park, for example. There was a debate on whether to cut and burn the trees. But in a provincial park, that wasn’t deemed acceptable. It was a real tragedy.

Now, we simply have to fast-forward to today’s situation and find ways to deal with it to ensure the long-term sustainability of the forest products business and the communities depending on it. A lot of them are single-industry towns. It’s very important for British Columbia’s economy, and Canada’s.

PPC: So what will happen when the dead standing timber becomes unsuitable for sawmills?

Lunn: That is already happening in some areas now. If the wood dries out too much, logs can become too dangerous to process in sawmills, so recoveries go down. In that case, is the fibre quality satisfactory for the pulp industry? It’s one of the things being examined at FPInnovations right now.

PPC: Is there a key message you’d like to communicate to our readers?

Lunn: Let me say that the federal government will be listening to the experts and to the industry, and that our investments will focus on the sustainability of the forests and the industry’s communities. Our government has made a total commitment of $1 billion over ten years, one of the first things we did after taking office. Budget 2006 allocated $400 million over two years to combat the pine beetle infestation and to help with long-term competitiveness and worker adjustment. It’s vitally important that we do this right.P&PC

Martin MacLeod is a freelance writer on forest industry topics. Appropriately, he lives on Sawmill Private in Ottawa.