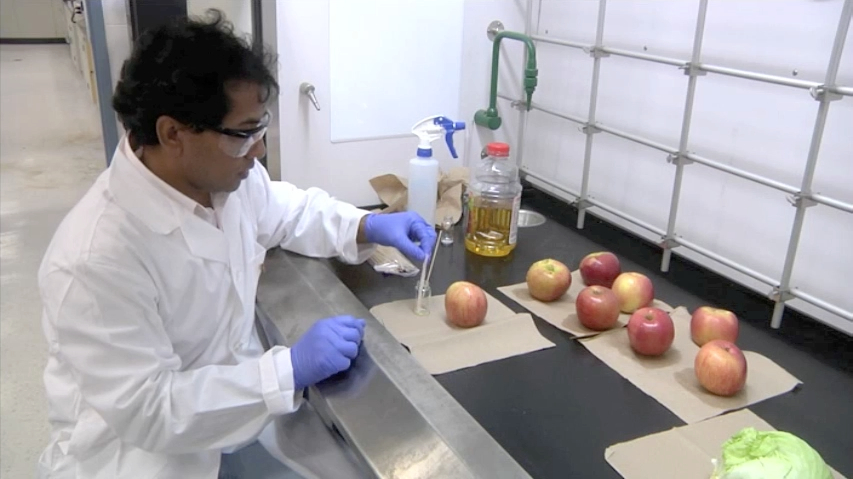 Bioactive paper has important global human health implications, as it can provide fast, easy and inexpensive detection of pathogens and/or toxins in food, water and air. With Sentinel researcher and McMaster University Professor Dr. John Brennan’s recent success creating a toxin-detecting dipstick (detects organophosphate pesticides), it’s foreseen that bioactive paper strips will be able to detect a range of biohazards affecting humans and animals worldwide. His team’s recent publications supported a simple dipstick technology that is able to detect banned organophosphates used in the developing world on agricultural crops.

“Canada leads the world in the development of bioactive paper,” said Dr. Robert Pelton, Sentinel’s Scientific Director, McMaster University Professor and a Canada Research Chair. “The pesticide sensor paper is the first example of Brennan’s printed sol-gel encapsulated sensors — a new technology platform. This paper has generated enormous interest and Sentinel is working with industry partners towards pilot scale production of the sensors. More sensors are in the pipeline aimed at food safety.”