Urban beach closures due to coliform outbreaks have become disturbing signs of summer, yet water-testing technology has never been fast enough to keep up with changing conditions, nor accessible enough to check all waters. 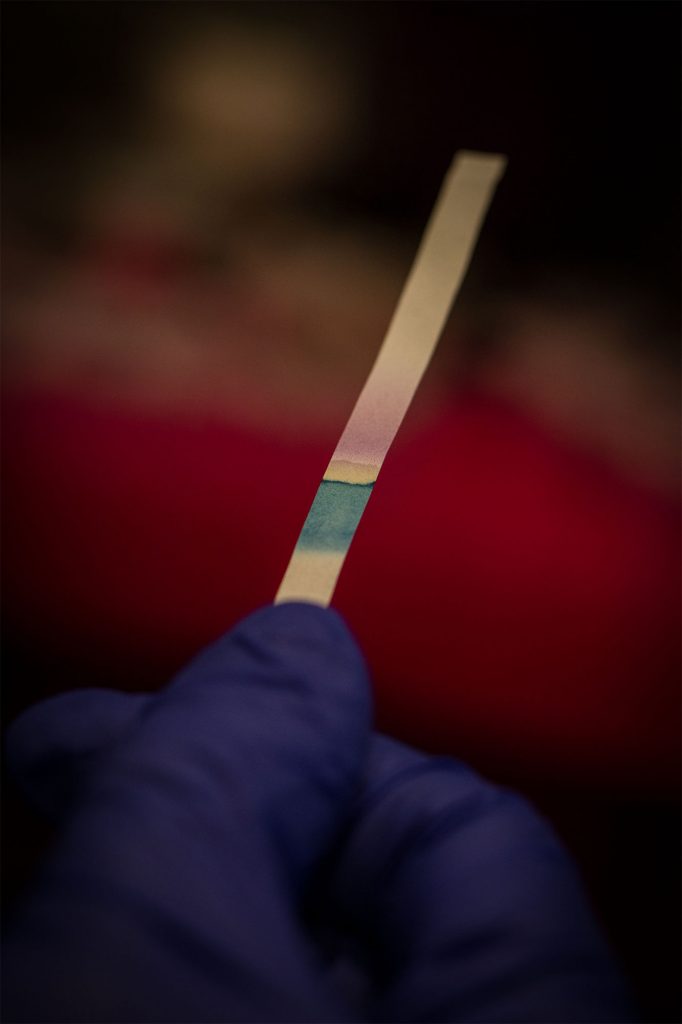 Urban beach closures due to coliform outbreaks have become disturbing signs of summer, yet water-testing technology has never been fast enough to keep up with changing conditions, nor accessible enough to check all waters.

Now, funded by the Sentinel Bioactive Paper Network, researchers at McMaster University have developed a rapid testing method using a simple paper strip that can detect E. coli in recreational water within minutes. The new tool can close the gap between outbreak and detection, improving public safety globally.

Scientists have validated the viability of the test strip, which can detect potentially harmful concentrations of E. coli in water quickly and simply, with much greater accuracy than existing portable technology.

The work is described in a paper published online in the journal Analytical and Bioanalytical Chemistry.

Bioactive paper is both old and new, says the paper’s lead author John Brennan, a McMaster chemistry professor who holds the Canada Research Chair in Bioanalytical Chemistry. Since the late1950s, physicians have been using bioactive paper to test for glucose in urine. In the last several years, the area has expanded quickly and research has become very competitive as scientists work on new applications.

“This is one of Sentinel’s most promising technology platforms and I anticipate significant field studies in the next year,” said Dr. Robert Pelton, Sentinel’s scientific director and director of McMaster University Centre for Pulp and Paper Research.

The Natural Sciences and Engineering Research Council of Canada (NSERC) funds Sentinel Bioactive Paper, a strategic research network that spans Canada and is based at McMaster University. Several dozen researchers are involved in its initiatives to detect, repel and deactivate air, water, or food-borne pathogens to improve human health and safety.

The new strips are coated with chemicals that react to the bacteria, and are printed using inkjet technology similar to that found in standard desktop printers. Within 30 minutes of sampling, the paper changes colour to indicate the presence of E. coli, with colours coded to represent different forms and concentrations of the bacteria.

The next stage of pre-commercial development of the test strips is already funded by NSERC through a Phase I Idea to Innovation grant. Commercialization of a final product could take as little as two to three years.

Field testing of the prototype strips is planned or under way in Canada and across the globe, in regions where untreated water poses particular health hazards. The results of these studies will help to refine the test strips and may lead to strips that are sensitive enough to tell whether water is safe enough to drink, says Brennan.

The standards for safe drinking water are hundreds of times tighter than those for safe swimming water. Typically, limits for safe swimming allow for a maximum of 100 to 500 cells in 100 mL of water, depending on jurisdiction. For water to be considered safe for drinking, there cannot be even one cell in 100 mL – a little less than half a cup of water.