News
Building from within: Mets Board 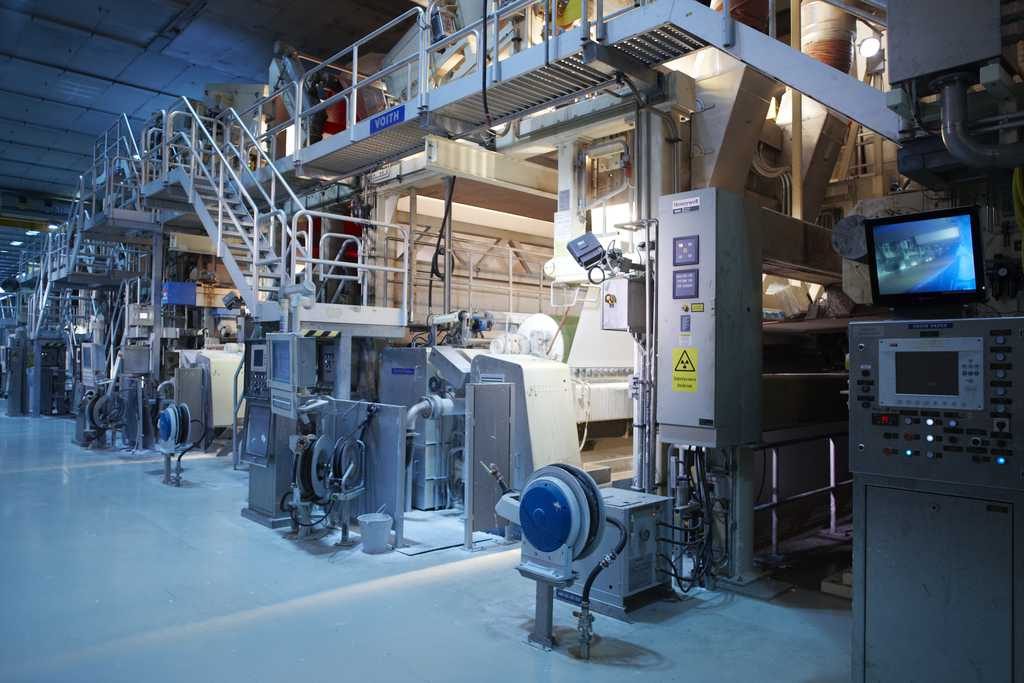 Metsä Board, Europe’s largest producer of folding boxboard, has re-focused in recent years, shedding some assets, and investing in others to increase capacity and improve availability for its board customers.By focusing on its core…

Metsä Board, Europe’s largest producer of folding boxboard, has re-focused in recent years, shedding some assets, and investing in others to increase capacity and improve availability for its board customers.
By focusing on its core competency in paperboard, the company has been able to improve its performance and productivity.
Metsä Board’s most recent investment program increased its total folding boxboard capacity by 150,000 tonnes to 935,000 t/y, and added sheeting capacity at several mills.
“Demand for sustainable packaging made from fresh forest fibres continues to be strong, and we have responded by increasing the availability of our cartonboards,” says Pasi Piiparinen, vice-president cartonboard sales, Metsä Board. “Their purity and excellent sensory properties make them ideal for confectionery, pharmaceutical, cosmetic and beauty care products, and their superior printing surface allows perfect reproduction for high quality packaging.”
Many of Metsä Board’s products also have lighter weight compared with boards of similar strength.
Metsä Board undertook at EUR 120 million investment program at its Finnish mills in 2011-2012. Beginning in June 2011, the Simpele folding boxboard mill added capacity and increased its sheeting capability, then the Kemi mill, producing white-top kraft liner, added a new coating station. In Nov. 2011, the Kyro folding boxboard mill added capacity and opened a biopower plant a year later. The Äänekoski folding boxboard mill was the last to be upgraded, with 30,000 tonnes per year of additional capacity, and 70,000 tonnes per year of new sheeting capacity added in 2012.
Metsa says the capacity upgrades will allow for better service, with shorter lead times on orders, and greater availability.
The company’s investments since 2006 have resulted in a measureable increase in productivity. Capacity per employee in Metsä Board’s pulp, paper and board mills more than doubled from 2006 to 2012. It rose steadily from less than 600 tonnes/year/person to more than 1200 t/y/person in 2012.
Investments in headbox, coater and winder
The board machine rebuild at Äänekoski took place in April 2012. It represented a total investment of  EUR 21 million. There were no changes to the specifications of the two product lines, Carta Solida and Carta Integra. Mill manager and vice-president Jouko Wacklin notes that the Euro is strong right now, and the machine is not very wide, so “our value compared to some others is challenging.”
The board machine benefitted from a new reverse ply headbox and a third coating unit for the top ply. A new rewinder and reel packaging line were added. With these changes, the maximum machine speed rose from 600 to 800 m/min.
Metso performed the rebuild of the headbox, coating section and the winder. The project included an automatic parent roll transfer system to the new winder. A new ValFlo headbox and new WinDrum two-drum winder will contribute to the capacity increase.
Two new sheeting lines started up in September 2012. The closure of a paper machine the previous year provided space for the sheeting lines. Two sheet cutters were modified to accommodate folding boxboard, giving the Äänekoski mill 70,000 t/y of sheeting capacity. There is potential to increase the capacity to 100,000 t/y. “That’s my dream,” says Wacklin.
The Äänekoski mill dates back to 1899. The board machine was built in 1960, and had previously received a shoe press upgrade from Voith in 2002. It produces folding boxboard, using kraft pulp from its integrated kraft pulp mill, with a middle layer of BCTMP to provide superior stiffness. The BCTMP is provided by Metsä’s mill in Joutseno, Finland.
An older mill is the most challenging to modernize, says Wacklin. He hopes for “even more capacity improvement,” but for now, the upgrades in early 2012 have resulted in record production levels.
And the converting plant has already exceeded its 200 t/d design capacity. The two sheet cutters started up in September. Both are conversions from cutters designed for paper, performed by Bielomatic Germany. Project cost was EUR 6 million.
The finishing touches
Previously, the Äänekoski mill used an external supplier for sheet cutting. “Sheeting is the key for the future,” says Wacklin. “Bringing the sheeting in house helped us to control quality.”
The mill still sends some material off-site for sheeting, and about 30% of its output sold in roll form.
The new sheeters have automated flying splice capability, and automated pallet handling. On sheeter #7, an “unemployed” robot from elsewhere in the mill performs empty pallet handling.
Project manager Tino Salo explains that the blade set-up is different for board than it is for paper. The middle BCTMP layer is “very fluffy”, he says. In the spring, prior to starting the new sheeters, Äänekoski staff tested angles for the cross-cutting knives, working with Metsä Board’s Simpele mill.
All rolls at the mill go through the automated roll storage facility, which also received an upgrade in 2012. Supplied by Konecranes, the overhead crane can handle rolls up 2.1 m diameter.
Metsä Äänekoski’s cooperation with Konecranes started in 1987 with the start-up of an automatic vacuum lifter crane system. At that time the system was the first one in Scandinavia.
The automated roll storage had been developed for Äänekoski’s now-defunct coated art paper machine, so it had to be modified to handle rolls of folding boxboard.
The vacuum lifting unit was changed to a Mastergrip mechanical gripper, the software interface upgraded, and the storage area mapping was updated. The boxboard rolls are larger in both width and diameter, but are less dense than the art paper rolls.
According to Konecranes, the mechanical gripper produces no deformation; in fact, it straightens the roll which has a slightly oval shape after handling by the lift truck clamp. Only one outer layer of paper is marked by the pads, so there is minimal wasted material.
Building strength within the group
Metsä Board produces paperboard, paper and pulp at seven facilities in Europe. It is part of the Metsä Group, an integrated forest products company owned by 125,000 Finnish forest owners. The paperboard business has annual sales of about EUR 1.3 billion. The company has chosen to grow organically, by investing in its mills and maximizing capacity. Being a member of the Metsä Group, it draws all its pulp supply from its own or sister mills.