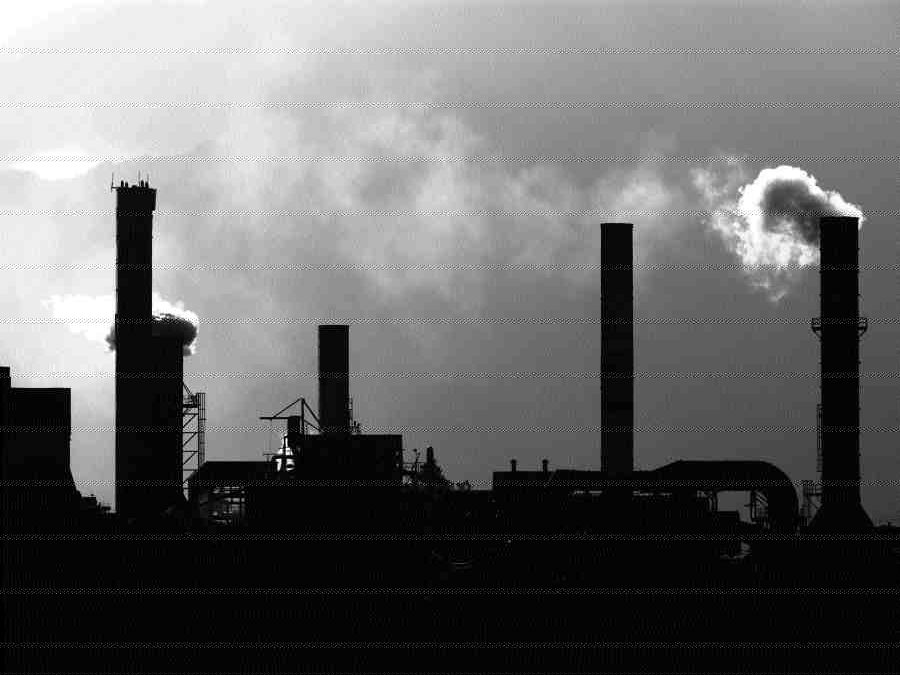 Ratification will have economic ramifications for the Canadian pulp and paper industry; the following is an estimate of the magnitude of these ramifications, using government policies and economic pre…

Ratification will have economic ramifications for the Canadian pulp and paper industry; the following is an estimate of the magnitude of these ramifications, using government policies and economic predictions as guidelines. New costs will depend on the implementation plan selected by the government. The most likely implementation plan features a trading system for greenhouse gas (GHG) emission permits; the most likely permit prices could lead to added costs of the order of $0.70/adt for un-integrated kraft mills, and $1.42/adt for newsprint mills. The eventual market cost of a permit, and the level of free permit allocation, will affect these estimates. The cost of using electricity remains the biggest unknown, given the very wide regional variation in generating capacity.

The pulp and paper industry has many opportunities for energy cost reduction, some of which are not now economically sensible given high capital costs. However, many mills have energy efficiency opportunities available to them which may at least offset the predicted new costs due to ratification, and which are characterized by reasonable payback periods. Mills which begin planning early will have an advantage.

The Canadian government ratified the Kyoto Protocol with the following objectives:

a) to achieve the goals of the Protocol;

b) to maintain the competitiveness of the Canadian economy;

d) to minimize costs to government;

e) to ensure “the polluter pays”;

f) to design an action plan consistent with other national objectives.

Under the Protocol, Canada commits to reducing its emissions to 6% below the 1990 level of 607 millions of tonnes of CO2 equivalent (Mt CO2E), and to maintain this level over the period 2008-2012. The target, which is independent of economic activity, is thus 571 Mt CO2E. The Canadian economy is predicted to emit 809 Mt CO2E in 2010 (Table I) under a business-as-usual scenario.

The government had not produced a final implementation plan at the time of writing. However, the draft action plan requires large final emitters (pulp and paper mills, oil and gas utilities, fossil-fired electric generating stations, etc.) to have permits for GHGs emitted onsite.

Permits would be obtained through a government allocation process, or purchased on the open market. Permit prices and the level of free allocation are key issues in determining the economic impact of ratification. Government economists have estimated that prices will likely range from $10 to $50/t CO2E, with the lower figure being more probable. Under one possible permitting scheme, the government is proposing to allocate 85% of permits free, with emitters obliged to purchase the remainder. This report therefore assumes that mills and utilities will have to purchase permits covering 15% of their emissions, at a price of $10/t CO2E. The actual costs will depend on market and political forces.

GHG emissions due to energy consumption

CO2E emissions from burning fossil fuel are detailed in [4], and range from 50 to 100 kg CO2E/GJ depending on the fuel source. Estimating GHG emissions by electric utilities is more problematic due to significant regional differences in fossil fuel generation capacity. Average emissions by Canadian electrical utilities are about 200 kg CO2E/MWh [5,6]; this figure will be used here.

It should be noted that most new incremental capacity in the short to medium term is likely to be gas-fired co-generation plants, since the environmental impact and the engineering of these systems are relatively simple compared to the challenges of new hydro-generation installations. Depending on the co-generation system, 30% to 40% of the heat input can be converted to electricity [7]; the incremental GHG emissions associated with incremental generation are thus 300 to 600 kg CO2E/MWh, depending on how GHG emissions associated with waste heat are distributed. It could be argued that this is a more realistic figure for estimating costs due to utility purchases of permits.

Impact on the paper industry

The annual FPAC (formerly CPPA) energy survey provides information on average energy use by pulp and paper mills. Table II summarizes energy purchases by kraft mills and newsprint mills with no kraft onsite [8], and shows the potential increase in energy costs. Government estimates of the cost to the paper industry [1] are also provided.

The increases in electricity costs shown in Table II are subject to a great deal of uncertainty. First, barring government intervention to reduce regional impacts, variations in utility emissions could drive the costs to essentially nothing in provinces with large hydro-electric capacity; similarly they could be higher by a factor of 5 in provinces relying mainly on coal. Second, the true cost of new generation via gas-fired cogeneration could be higher by a factor of up to 3. Finally, the permit price and level of free permit allocation remain uncertain.

The major uncertainty in the cost of using fossil fuel is the cost of a permit and the level of free permit allocation. However, the price charged by fossil fuel suppliers could increase as producers of fossil fuels are required to buy permits; this impact has not been quantified here, but will certainly lead to higher costs than those presented in Table II.

There is a large range of options for reducing energy and water use in existing mills [7,9]. Process steam use must be carefully monitored and compared with best available technologies and with other similar mills. Any level of steam use which is significantly higher than industry averages should be addressed. Water use is closely linked to steam use, and should also be monitored and tracked.

Mannisto [6] estimates the average mill could save 2 GJ/adt by means of energy efficiency projects alone. Capital costs will be mill-specific, and operating cost savings will depend on the fuel type displaced. However, reduced fuel usage will also result in lower emissions, requiring fewer permits. It would appear that there are opportunities for reducing both energy and permit costs with reasonable payback periods.

Best available technologies have the potential to significantly reduce energy costs and greenhouse gas emissions. Significant capital costs in some cases may have to be offset by other advantages, such as increased production rates or improved product quality.

Steam plant: Given that biomass fuels are greenhouse-gas neutral, boiler conversion from fossil to biomass fuels requires capital but reduces both fuel and permit costs.

Kraft mills: Fuel demand in the kraft process can be as low as 1.2 GJ/adt for the lime kiln; in a modern mill, all steam requirements can in principle be met with the output of the recovery boiler and a biomass-fired power boiler.

A modern kraft mill should also be able to generate all its electricity requirements, possibly exporting a small amount of ‘green’ electricity. The minimum permit cost for fuel in the lime kiln is $0.11/adt, while revenue-generating green electricity exports may also generate GHG permit sales.

Newsprint mills with no kraft onsite: Minimum electricity consumption in a newsprint mill with 100% TMP furnish is approximately 2400 kWh/t for wood handling, pulping and pumping, and another 400 kWh/adt for the paper machine and effluent treatment systems. This corresponds to permit costs of $0.85/adt.

However, much of the heat generated in the refiner can be recovered. In a mill supplied by 100% TMP, there should be sufficient excess heat from the pulp mill to supply all water heating and paper drying needs under normal operating conditions; a small backup boiler and steam accumulator are necessary to provide stea
m to the paper machine during process upsets. Refiner heat recovery units should be carefully tracked, and any drop in efficiency should be investigated: refiner steam is heat that has been purchased at electrical rates, and should be used before boiler generated steam. Paper machine dryer cans and hoods should be tracked to ensure they use only enough steam to dry paper.

TMP-supplied newsprint mills are thus sensitive to electricity costs only. Minimum fuel use is about 0.5 GJ/adt for backup steam, corresponding to a permit cost of $0.05/adt; the total minimum permit cost is $0.90/adt for a newsprint mill using 100% TMP.

The deinking process, unlike the TMP or kraft processes, does not generate excess heat; all process heat must be supplied by a boiler. Steam requirements in a modern DIP mill range from 0.3 to 0.8 GJ/adt, while the paper machine requires another 4.4 GJ/adt. Minimum permit cost for fossil-fuel generated steam is thus about $0.45/adt. Other sources of fuel, such as municipal solid waste, methane from landfills or tire-derived fuels will have different impacts.

Electricity use in a DIP plant can be as low as 800 kWh/adt; the equivalent permit cost is about $0.24/adt. Minimum permit cost is thus about $0.69/adt for a 100% DIP mill making newsprint.

Fine paper or board mills with no pulping onsite: Patterns of energy use in these mills are similar to the 100% DIP newsprint mill. Electrical energy is needed for stock pumping and drives for pulpers and paper machines; steam is needed for paper drying and water heating.

Any capital spending plan must address energy use. Energy is a resource which must be used as carefully as water and fibre. It can even be argued that energy savings, which accrue any time the plant is running, should be subject to more relaxed hurdle rates than for production or quality increases, which assume that new production can actually be sold at a profit.

The Kyoto Protocol encourages energy efficiency, not in itself a bad thing.

Compliance costs are difficult to predict, and could be higher than government figures suggest.

Kraft mills can move towards energy self-sufficiency, with all power and steam supplied by recovery and biomass-fueled power boilers.

Newsprint mills with 100% TMP furnishes will remain sensitive to added costs passed along by electric utilities.

Mills with large quantities of DIP or purchased pulp in their furnishes will remain sensitive to fuel costs.

Canadian mills have many significant opportunities for reducing steam (and thus fossil fuel) use. Most mills should be able to identify low capital projects with reasonable returns; increased energy and compliance costs will make more projects attractive.

Best available technologies reduce the costs significantly, but the capital expenditures required can be significant.

5. Mannisto, H. and Mannisto, E., “The Impact of the Kyoto Accord on the Forest Industry in Canada”, Preprints, 85th Annual Meeting of the Pulp and Paper Technical Association of Canada, Montreal, January 26-29, 1999, Preprints B, pp B417-B422.

Thomas C. Browne, Ph.D., Eng., is the Program Manager of Mechanical Pulping at Paprican and the Chairman of the Energy Committee for PAPTAC.

TABLE I: Greenhouse gases, millions of tonnes of CO2 equivalent (MT CO2E), compiled from [3,4]. All categories include the combined impact of CO2, CH4, N2O and non-combustion sources.