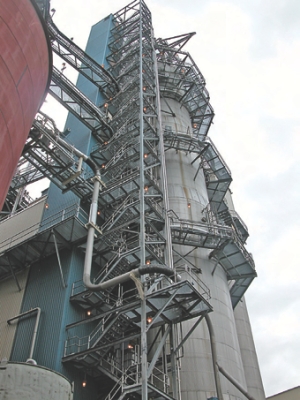 VANCOUVER — A loophole in a U. S. tax credit for use of alternative fuels is playing havoc with the global pulp sector. With international outcry building, the credit could be short-lived, but it has…

VANCOUVER — A loophole in a U. S. tax credit for use of alternative fuels is playing havoc with the global pulp sector. With international outcry building, the credit could be short-lived, but it has already paid big dividends to eligible producers.

The U. S. program allows pulp producers to add a small amount of diesel to the black liquor they burn, and have that material considered an alternate fuel, eligible for a tax credit.

“The fact that an alternative fuel subsidy is being tweaked so that adding diesel renders this incredible subsidy is staggering,” Natural Resources Minister Lisa Raitt said at the recent PricewaterhouseCoopers forest products conference. “I’ve written [U. S. Department of Energy] Secretary Steven Chu indicating that it is completely distorting the market.”

Raitt says the federal government is considering its options, and is “very much aware of the dangers of the situation.”

According to Raitt, the Obama administration intends to have the loophole closed by Oct. 1 of this year.

Meanwhile, the Canadian government is “working to determine if we have a program pulp and paper companies can take advantage of, but we have to be mindful that we are signatories to the SLA,” she explains.

“We have consulted the industry, and companies are seeing the effect [of this subsidy] now, so we have to act quickly.” Raitt is not promising that a Canadian program will be similar to that in the U. S., nor that it will match the U. S. program for funding.

However, the awkward truth is that some pulp and paper companies which operate in both Canada and the U. S. are benefitting from this credit.

Domtar, in its first quarter results, reported a $46-million tax credit for use of alternative fuels. The company estimates that this is only 40% of the eligible alternative fuel tax credits available to it each quarter.

Mike Richmond, an analyst with Salman Partners, reports that the black liquor tax credit has dramatically altered cost profiles for pulp producers in the short-term and that it could also have a longer-term impact through the improved liquidity on weak balance sheets.

Donna Harman, CEO of the American Forest & Paper Association, argues that the tax credit is not a subsidy. “We have an extensive legal brief saying it is not a subsidy under WTO rules. It’s not focused on the pulp and paper industry.”