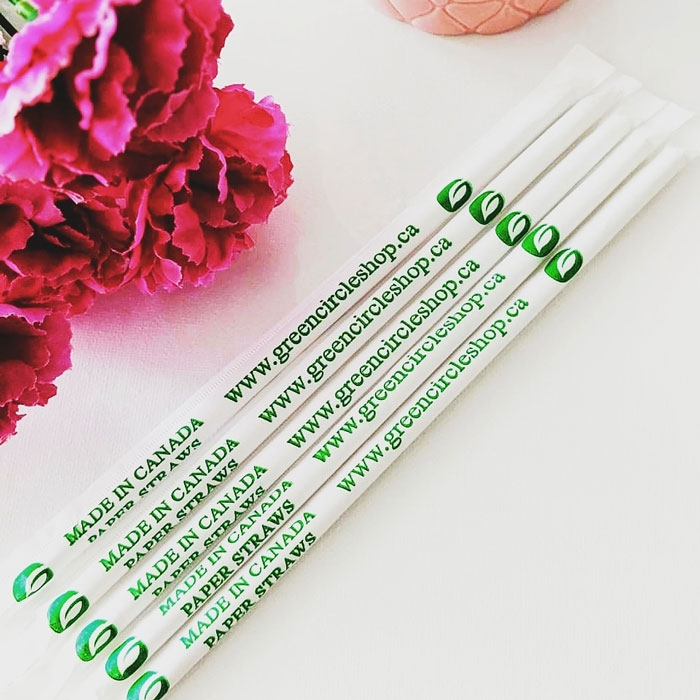 June 10, 2019 – Today, the government of Canada announced a national ban on single-use plastics to come into effect as early as 2021 – and one Canadian company is capitalizing on the news with what it believes is the first made-in-Canada drinking straw for the restaurant industry made with Canadian pulp and paper.

“There is a lot of awareness about paper straws – everyone is aware of how harmful the plastic is to the environment,” says Sheth. “One item that hasn’t been touched in the food industry in Canada is the plastic straw. Often there are fibre takeout containers, but there is no other alternative to plastic straws in today’s market.”

Those plastic straws may now be part of the nationwide single-use plastics ban, according to Prime Minister Justin Trudeau’s Jun. 10 announcement. The government says it still finalizing the list of which items will be banned, but indicated takeout food containers will be included. Straws, cutlery and plastic bags are all on the chopping block, too – the government estimates Canadians dispose of 34 million plastic bags every year.

A Canadian paper straw manufacturer
Sheth says that as far as he knows, there isn’t another Canadian manufacturer of paper straws using Canadian pulp and paper. He notes that Canada’s rigorous sustainable forest management standards make the finished paper of a higher quality than imports. “There are many paper straws coming from overseas, which also isn’t ideal if you are trying to be sustainable,” Sheth says. “The amount of transportation is just not worth it.”

Paper straws, first patented by American inventor Marvin Chester Stone in 1888, fell out of favour in the 1960s as plastic straws became cheaper to manufacture. Today, market research indicates U.S. consumption sits between 170 million and 390 million plastic straws per day. With plastic pollution reaching untenable levels, cities across the United States and Europe have started banning single-use plastics, including bags and straws. The European Union voted in March to ban single-use plastics for which market alternatives are available, such as cutlery.

Here in Canada, the numbers are smaller, but no less startling – the Ontario government estimates that 10,000 tonnes of plastic garbage end up in the Great Lakes alone every year. Vancouver was set to be the first city in the country to ban plastic drinking straws on June 1, 2019, but has since postponed the deadline as it works with restaurant vendors to develop viable, cost-effective alternatives (the cost of a paper straw is currently about 10 times that of a plastic one).

The paper straw manufacturing process
For their version, Sheth and Serrao tried numerous grades of food-safe Canadian paper certified by both the Canadian Food Inspection Agency and the U.S. Food & Drug Administration to find one that would most closely emulate the experience of drinking with a plastic straw.

“The biggest concern in the market right now with straws is they start disintegrating when people are using them in the drink,” says Sheth. “There is no way to compare the performance of the straw with a plastic straw, but [the Green Circle] straws have in-built wet strength, and will survive in liquid longer than normal paper.”

To manufacture the straws, Green Circle Dine Ware uses slit paper on a spiral-winding machine capable of a variety of run sizes. Multiple layers of paper are first submerged in adhesives to hold the straw together before the paper is fed into a rotating shaft, the diameter of which determines the inside diameter of the straw. In order to get the striped colour effect popular on paper straws, the top ply of the three-ply paper is printed with colour.

After the straw is wound, an inline cutting unit cuts the straws into the desired length. The straws then pass through another machine to be invidually wrapped in paper and branded.

This article originally appeared in the Summer 2019 issue of Pulp & Paper Canada and has been updated to reflect the news of Canada’s single-use plastics ban.