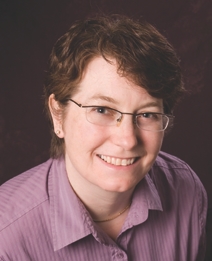 As carbon trading gains momentum, the shape of carbon markets for the North American forest products industry is emerging. As an introduction to the topic, I like the blunt honesty of this explanation…

As carbon trading gains momentum, the shape of carbon markets for the North American forest products industry is emerging. As an introduction to the topic, I like the blunt honesty of this explanation, found on Ecotrust’s web site: “In a forest carbon offset program, landowners may sell credits for the storage of carbon in their forests. For every credit sold, representing a ton of carbon stored in the forest, a polluter is able to emit an extra ton of carbon dioxide.”

Pacific Carbon Trust, a British Columbia Crown corporation, is kick-starting the creation of forest-based carbon offset projects in B. C. PCT issued a request for information on April 3 to gauge interest in projects based on three types of silviculture investments: creating more forests through afforestation; planting seedlings grown from superior seeds; and fertilizing.

For those considering offset projects, be advised that one generally- accepted characteristic for offset projects is “additionality.” According to Ecotrust, “additionality in a forest offset requires that the carbon stored by the project came as a result of the incentives provided by the greenhouse gas markets, voluntary or mandatory -that the storage was, in essence, additional to usual business practices.”

So, for example, reforestation projects that are mandated by law are not “additional.” However, planting seedlings in abandoned pasture land might meet the criteria.

The selling price of carbon offsets will also be a factor for companies to watch.

In early April, carbon offsets were trading for US$2 per ton on the Chicago Trading Exchange. At that rate, it was estimated by one news report that landowners in Oregon could receive US$3.50 to $7 per acre per year by selling carbon credits.

Balancing the revenue potential is the cost of setting up a recognized carbon offset project. At the PAPTAC annual meeting in February, Frdric Gagnon-Lebrun of Eco- Ressources estimated that the preparation phase, including feasibility studies and marketing, could cost about $70,000. The validation phase is in the range of $30,000, which includes third-party verification, certification, and product registration.

While being a provider of carbon offsets may not be profitable yet, in a strictly dollars-and-cents assessment, it does give pulp and paper companies a chance to wear the white hats among the eco-conscious community.

letters to the editor: cindy@pulpandpapercanada.com