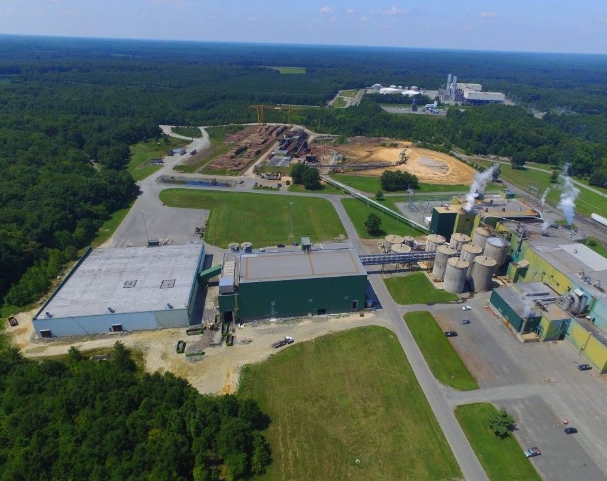 July 16, 2018 – Canada-based Cascades Inc. is investing $275 million to open a pulp production facility in Hanover County, Va., according to a report published in The Mechanicsville Local.

“This major investment and the 140 jobs it will create is a major win for Hanover County and the Commonwealth of Virginia,” Gov. Ralph Northam said. “International companies continue to choose the commonwealth for its world-class workforce and outstanding infrastructure. The location in Hanover County offers Cascades a turnkey facility ready for the company to install equipment and put a shuttered asset back into use, creating good jobs for Virginia workers in the region.”

Also on Wednesday, JLL, a commercial real estate firm that has been handling efforts to sell the factory for White Birch Paper Co., announced that White Birch plans to restart operations at the mill in the next three months.

That announcement included comments from Chris Brant, president and chief operations officer of White Birch, who said the company had decided to reopen the plant because of “a temporary state of undersupply” in the newsprint market.

A spokeswoman for JLL and a vice-president in JLL’s Richmond-area office declined to comment beyond what the release said, including how many employees would be hired.

The mill, located just south of the Kings Dominion theme park, produced newsprint for The Times-Dispatch and other Virginia publications, but its owner, Connecticut-based White Birch, idled the factory in June 2017, costing about 165 employees their jobs.

The company said it would supply customers from its three other paper mills in Canada.

It was not clear Wednesday whether the Trump administration’s decision earlier this year to impose tariffs on paper imported from Canada, which is driving up the price of newsprint, was a factor in the decision to restart the local plant.

“This step allows us to help reinvigorate the mill, foster new momentum for the mill,” Brant said in a statement. “While the long-term trend for the consumption of newsprint is assuredly on the decline, short to medium term market conditions will accommodate, if not welcome, some relief from recent shortages in supply. White Birch is a long-term player in this market, and we are dedicated to supplying continuity to those consumers with that same long-term outlook.”

The Bear Island mill has the capacity to produce about 215,000 metric tons of newsprint annually. The plant opened in 1979 and underwent an expansion in 1994 that added a recycling plant that turns old newspapers into pulp to make newsprint.

The JLL announcement said that White Birch continues to market the 600,000-square-foot mill.

Cascades, founded in 1964, produces, converts and markets packaging and tissue products that are composed mainly of recycled fibres.

The company employs 11,000 at nearly 90 production units in North America and Europe.