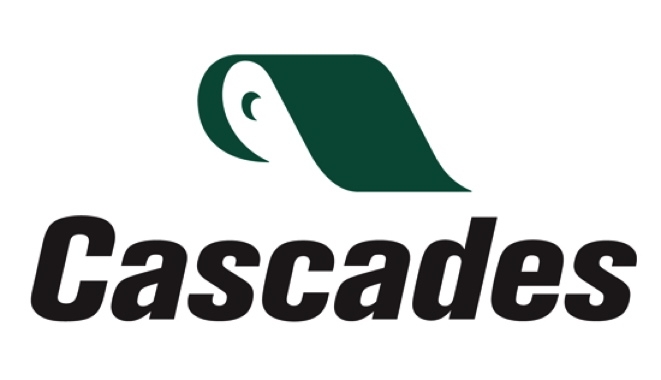 May 9, 2019 – Cascades Inc. has reported its unaudited financial results for the three-month period ended March 31, 2019, citing a 12 per cent increase in sales.

Sales of $1,230 million increased by $132 million, or 12 per cent, compared to the same period last year. This reflects increases in all four business segments, most notably a $43 million or 14 per cent increase in tissue that was driven by improved average selling price, a more favourable exchange rate and better sales mix, the combined benefit of which offset slightly lower volume.

The Containerboard Packaging group generated a five per cent year-over-year increase in sales, reflecting a higher average selling price, more favourable exchange rate and sales mix, which more than mitigated the impact from lower volume during the period. Sales generated by the European Boxboard segment were up by 13 per cent compared to the prior year. This was largely driven by the business acquisition in Spain at the end of 2018, the benefits of which were partially offset by slightly lower volume and a less favourable Canadian dollar–Euro exchange rate.

“We are pleased with our first-quarter operational performance, with all of our business segments generating solid results that were in line with or above expectations,” says Mario Plourde, president and chief executive officer. “The Containerboard Packaging segment executed well within an environment of softer industry-wide demand and capacity utilization levels, in addition to slight decreases to index pricing levels during the quarter. While volumes were down sequentially, we maintained profitability levels in this segment as a result of lower raw material prices and improvements to sales mix which drove higher average selling prices.

“European Boxboard, via our equity position in Reno de Medici S.p.A., generated strong sequential results during the period that reflected recent business acquisitions, lower average raw material prices and higher average selling prices. The Specialty Products segment also generated improved sequential results in the first three months of the year. This was driven by recent business acquisitions and better performance in all packaging sub-segments, the benefits of which offset a lower contribution from the recovery sub-segment attributable to lower recycled fibre prices. Finally, we are very pleased with the important sequential improvement generated by the Tissue Papers segment. At the centre of this were higher average selling prices owing to both improved sales mix and the implementation of price increases announced in 2018, in addition to lower raw material prices and lower production costs.

“Other significant events announced during the first quarter include the closure of the felt floor backing plant in our Specialty Products segment in Quebec, and two paper machines in Ontario in our Tissue segment. We also announced that Jean-David Tardif was taking over the helm of the Tissue Papers segment, and the renewal of the company’s two per cent% annual normal course issuer bid for the March 2019 to March 2020 period.”

The corporation generated an operating income before depreciation and amortization (OIBD) of $139 million in the first quarter of 2019. This compares to the $167 million generated in the same period last year, which included the $66 million gain related to the sale of the land and building of the Maspeth, NY containerboard converting facility. On a consolidated basis, the variance reflects higher average selling prices and a more favourable sales mix, lower raw material prices, and business acquisitions completed in the last twelve months. These were offset by lower comparable volume in all segments, in addition to higher production costs most notably in Tissue, which were driven by the greater percentage of converted products in the sales mix resulting in elevated logistics and sub-contracting costs.