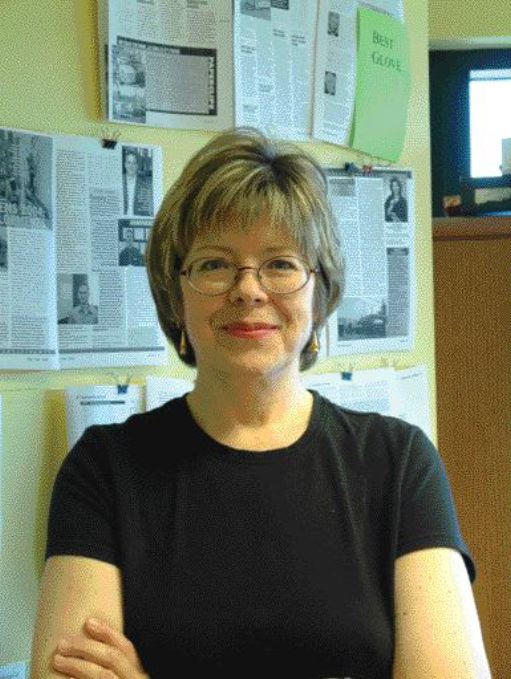 These were the remarks that were bandied around the office during the final design of the cover for this issue. At one time, we had considered the sole image of the mountain pine beetle, full-blown on the cover from an electron microscope photograph provided by the author. The consensus was that too many people would place the magazine facedown (not a disadvantage for our loyal back-page advertiser, Buckman Laboratories of Canada, but also not a situation we want to artificially encourage).

However, rather than change our focus and concentrate on one of our other valuable articles, we did decide to keep the article by Paul Watson as our cover feature because of the magnitude of the problem that is threatening and already affecting so much of the industry in western Canada. As he says, the projections indicate that 80% of the standing 1.3Bm3 of lodgepole pine in BC will be killed by 2013.

Many websites have been devoted to the subject, with one of the most informative being the BC government’s own, found at http:// www.for.gov.bc.ca/hfp/mountain_pine_beetle/

From this site, you can learn that the Latin name of the little beast is Dendroctonus ponderosae (Latin, “pondersus, pondus” meaning “weight”) and its effects are weighty indeed. The same website states that about 8.5 million hectares were in red-attack stage in 2005 as a result of the mountain pine beetle.

Read Paul Watson’s article on page 12 for a great deal of helpful information on the subject. But be prepared to be worried, very worried.

It was my turn to experience quite a different sort of PaperWeek than the one in which I usually participate, here in Montreal. During the Annual PAPTAC PaperWeek International and EXFOR, I am deeply involved in the production and publication of the daily Reporter. But even ensconced in the press rooms during much of the show, I hear and see the buzz of activity that enlivens that part of the winter for our industry. As I am sometimes let out of the restricted space that becomes my world for those days, I see the numerous delegates striding to their technical sessions and make every effort to escape from the work load to dash down to the exhibition hall to see some of the fascinating and elaborate displays set up for visitors.

With the emphasis more on committee meetings and open seminars, the American Forest and Paper Association held their 129th Annual Paper Week in New York, at the Waldorf Astoria. There were no open technical sessions, nor was there a supplier exhibition such as EXFOR. However, a few of the Open Forums proved to be quite interesting. The Future of Paper-Based Communications — the View from the Stakeholders proved the continuing importance of this medium as the foremost means of mass communication. The keynote speaker for this session was John Gillen, the president and regional manager, Stora Enso North America. While admitting that new technologies were competing against existing ones, he stated that the marketplace eventually settles down and expands, making room for both.

The important fact to consider, he stressed, was that the consumer was in the driver seat and that it was important to adapt to survive, just as in a quote from Darwin, “It is not the strongest of the species that survive, nor the most intelligent, but the ones most responsive to change.”

His final message was that consumers are in control, that advertising will determine the future of print and that print remains an indispensable part of an integrated media mix.

And, finally, we began this year with an important step for Pulp & Paper Canada, in the creation of an Advisory Board. As you can see in our masthead, the people who have graciously accepted to be a guiding force on this magazine come from many different walks of life but all share the same passion and enthusiasm for the industry that we try to convey in our magazine. Their names have long been known in the industry and include representatives and leaders from PAPTAC as well as mills, research centres and academia. Just the fact that I am writing this editorial is a sign that I have taken their advice to heart and I am sure that you will, in the future, see further signs of their involvement.

We welcome them on board.