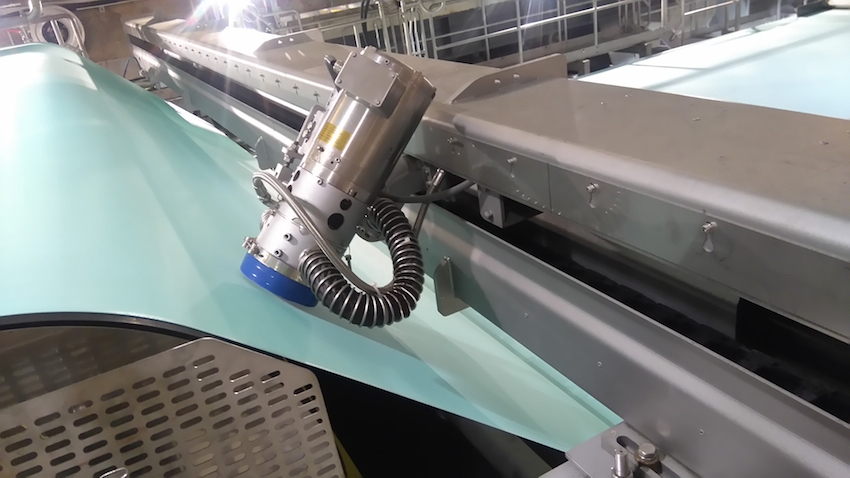 May 10, 2017 – Coldwater describes its EZ eco smart cleaner technology as a “quantum improvement” in wire and press felt cleaning over the less effective oscillating showers that have been in use for many years.

The system features an inverter motor controlled rotating head with 32 nozzles, giving a full impact diameter of 120 mm with operating pressure of 150 bar. The force created by the variable speed rotating head nozzles boast deep cleaning action throughout the structure of the forming wire, making it “very effective” at removing stickies and contaminants, says the company. As well, the traversing head promises to deliver twice as much cleaning impact in the same amount of time as traditional oscillating showers. According to Coldwater, they get fabrics cleaner with less water, often reducing freshwater consumption by up to 90 per cent, it notes.