Features Research & Innovation
Don’t slide back into the old ways

With the turmoil that has gripped most sectors of the industry in the last two years, some hard choices have been made. The extraordinary circumstances have allowed some companies to take measures tha... 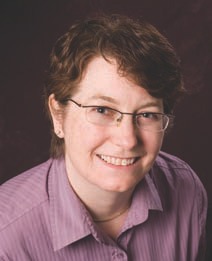 With the turmoil that has gripped most sectors of the industry in the last two years, some hard choices have been made. The extraordinary circumstances have allowed some companies to take measures that would not normally have received support.

Howe Sound’s president and CEO Mac Palmiere made that assertion during an interview we had in the spring of 2009, not long after I joined the magazine.

Referring to workforce reductions, renegotiating supplier contracts, and more rigorous performance management, Palmiere said he wouldn’t have been able to make the dramatic changes that he did without the threat of collapsing pulp and newsprint markets.

B.C.’s Minister of Forests and Range echoed that sentiment at the PricewaterhouseCoopers global industry conference in May. Things were looking up at that point (May 2010), and Forests Minister Pat Bell said the global recession “has allowed labour and First Nations to get out of the way of the industry.” He then went on to say he was worried the economic recovery might reduce the sense of urgency surrounding the need to transform the industry.

At the same event, the president of the Forest Products Association of Canada, Avrim Lazar, also noted that the industry must work to maintain the productivity gains it had, by brutal necessity, achieved. “The recession required that we figure out small miracles of productivity improvement. The lessons that management and labour have learned about how to be flexible, these have to continue unabated,” said Lazar.

The negative effects of the recession have been painfully evident in newspaper headlines and on the streets of mill towns (or former mill towns, in some cases). Those companies that come to the public’s attention are those that are suffering closures, bankruptcy, upheaval. Those quietly getting on with business, adapting as they can to changing markets, do not make headlines, they make money.

It’s clear the industry has to change, to get out of its own way. Let’s not let these hard won lessons go to waste. However, while companies and people have made changes in order to survive the roller coaster of the last two years, I would suggest that for companies to thrive requires a culture that embraces change, not one that’s been forced into change.