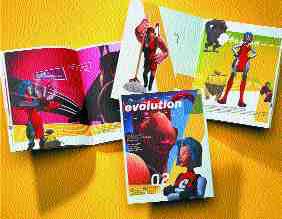 MONTRAL, QC — Kruger Inc. will be affected by several cutbacks in the company. Kruger announced the shutdown of its sawmill in Forestville for an indefinite period, affecting 40 employees. It is als…

MONTRAL, QC — Kruger Inc. will be affected by several cutbacks in the company. Kruger announced the shutdown of its sawmill in Forestville for an indefinite period, affecting 40 employees. It is also shutting down its forest operations in the Manic V sector, until April 2002. Forest operations in this sector usually stop in February to resume in May. This year, however, it was necessary to close earlier. The shutdown of the forest operations will slow down wood transportation activities, which will also lead to the temporary layoff of some 30 truck drivers employed by Kruger and its contractor Rebec.

Kruger is also closing down its trucking division at Bromptonville. About 40 employees will be affected in that area.

“Kruger is one of the last papermakers to dispose of its private fleet. Elsewhere, close to two thirds of our trucking activities are already handled by companies specialized in this domain,” said Mr. Robert J. Kirkland, General Manager – Kruger Trucking Division. “We must remain competitive in today’s economy.”

The company states that this will not result in any delay in deliveries of products to the company’s clients.

Kruger Inc. has been affected by the significant reduction in construction start-ups, the imposition of tariffs and antidumping duties by the United States, and the current recession.

MONTREAL, QC and VANCOUVER, BC — The continuing softwood lumber dispute between Canada and the United States is testing the resolve of Canadian producers, particularly after the US Department of Commerce announced on October 31 that it would be levying additional penalties — averaging 12.58% — on Canadian softwood lumber entering the US. This is on top of the 19.3% countervailing duty levied on exported lumber since last August.

For example, Tembec Inc., hit with a 10.76% dumping penalty, has temporarily closed its sawmill in Kirkland Lake, ON, throwing 88 people out of work. Abitibi-Consolidated Inc., hit with a 13.64% penalty, calculated its after-tax effect at $32 million a year. “We’re confident that lower rates, if any, will prevail in the final determination,” said John Weaver, president and chief executive officer.

Others are more in a hurry to see this dispute end, with good reason. Slocan Forest Products Ltd. in Vancouver has been hit with a 19.2% dumping tariff. Adding the 19.3% countervailing duty, the company faces total duties of 38.5% — the highest of any Canadian company. “The absurdity of the situation underlines that fact that this duty is politically motivated and bogus beyond belief,” said Jim Shepherd, Slocan president and chief executive officer. “It makes a mockery of commercial reality.” The company, rated as the world’s best-performing forestry company in 1999 and 2000, achieved profitability while keeping it lumber prices low, Shepherd said. “We did it by being lean and efficient, not by dumping.”

Davidson, reporting annual sales are $75 million, owns pine and hardwood sawmills in Davidson, QC, in Woodsville, NH, a distribution centre in Ireland and a minority share in a radiata pine sawmill in Chile. Fred L. LeClair, president of Tembec’s forest-products group, said, “It fits well with Tembec’s strategy to grow its hardwood and softwood specialty-products division.”

Tembec, which has more than 40 plants in Canada, the US and Europe, reported sales of more than $3.5-billion.

AMEC E&C Services Ltd. has won a 2001 Canadian Consulting Engineering Award for its retrofit at Weyerhaeuser Pulp and Paper in Prince Albert, SK. In the large and complex $300-million project, the engineers converted an existing boiler to enable the mill to burn its waster and reduce emissions of sulphur and particulates. The project was competed ahead of time and on budget.

Domtar Inc. has fired up a $23-million cogeneration plant at its mill in Windsor, QC. The plant will supply about 30% of the mill’s total annual requirements, or about 25 megawatts.

Abitibi-Consolidated Inc. is working with Denver-based J.D. Edwards & Company to develop an order-to-cash software system dedicated to the pulp and paper industry. The system is supposed to simplify customer ordering and streamline operations.

VANCOUVER, BC — Iisaak Resources Ltd., a native-controlled company, has received an international award — Gift to the Earth — from the World Wildlife Fund, an environmental group. The company has been cited for safeguarding habitats and setting aside valleys of pristine old-growth forests. “Iisaak has achieved a very high standard of environmental protection and First Nations involvement in forestry, better positioning them in the global marketplace with the increasing number of environmentally conscious consumers,” said Steve Price, director of WWF Canada’s North American conservation program.

The company earned Forest Stewardship Council (FSC) certification in July 2001, one endorsed by environmental groups and such companies as AssiDomn, Tembec and Home Depot.

Iisaak was formed after clashes between loggers and environmentalists in Clayoquot Sound in British Columbia eight years ago. Eric Schroff, Iisaak’s managing director, said that the conflict engendered Clayoquot Sound. “First Nations rose to the occasion and started to work, with input from environmentalists, towards creating a solution to the resource-management issues in the area rather than letting conflict spiral into chaos.”

RESTRUCTURING: Weyerhaeuser Cuts Operations In BC

VANCOUVER, BC — Weyerhaeuser Company Ltd. said that it would permanently close its Canadian White Pine sawmill and particleboard plant — both in Vancouver — as a way to improve the economic viability of its BC Coastal Group operations, which is suffering from an economic slowdown. As Craig Neeser, the company’s vice-president overseeing the BC Coastal Group, put it: “Restructuring is one critical step in renewing our business.”

The company cited high operating costs, a sluggish demand for its products and the softwood lumber dispute as factors that affected its decision. The particleboard plant will close on January 14, 2002, and the sawmill, dating back to 1923, on March 7, 2002 — resulting in 500 people losing their jobs.

SAINT-JRME, QC — Rolland Inc., the company that launched the paper industry’s first superhero, has just published the latest adventure of Captain Evolution. Named for Rolland’s Evolution line of premium Text, Writing and Cover papers, the computer-generated Captain and her faithful sidekick Origami do battle with the evil Distortia in the latest issue. As her name suggests, Distortia plagues pressrooms with humidity and moisture in order to distort image quality.

“Our superhero was so well received in the inaugural issue” says Bruno Beauchamp, Marketing Director, Writing, Text and Cover papers, “that we couldn’t wait to unleash another adventure on the unsuspecting public. The latest adventure is even funnier and more informative. I think designers and printers will get a kick out of how our higher performing paper comes to their rescue once again.” And, to ensure that it’s not all just fun and games, the adventure comes once again with a page of printing tips targeted at combating humidity in the pressroom.