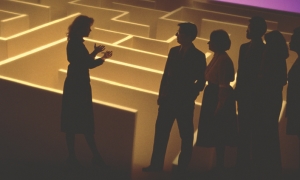 The bad news has been unrelenting in the last year or so. It has affected just about everyone and everything, including the world’s largest banks, manufacturers, consumers and homeowners alike, who ha…

The bad news has been unrelenting in the last year or so. It has affected just about everyone and everything, including the world’s largest banks, manufacturers, consumers and homeowners alike, who have seen stock portfolios, investments and earnings drop. Everyone, it seems, is looking for ways to keep afloat in what appear to be an endless series of negative events. Crisis follows crisis.

A few months ago, some analysts thought Canada would be able, by some miracle of fiscal dexterity, to avoid a recession, a slowdown, or an economic contraction. Alas, Canadians will not escape unscathed. Canada’s economy will face all the worries of a slowdown in 2009, as the global economy slides into a recession, led by a weakened U. S. economy.

The Paris-based Organization for Economic Cooperation and Development (OECD) reports that gross domestic product for its 30 member countries will drop by 0.3% in 2009. The OECD has forecasted that the U. S. economy will shrink in 2009 by 0.9%, Japan’s by 0.1% and the Eurozone by 0.5%.

The OECD reported that the Canadian economy will shrink in the first and second quarters of 2009, meaning we will be in a technical recession (economists define a recession as two consecutive quarters of gross domestic product contraction). That being said, real GDP growth in Canada will shrink by 0.5% in 2009, the first time in 17 years. The second half of 2009 should see some improvement, and real GDP will climb by 2% in 2010.

A time for caution

Still, business marches on. One of the questions on the minds of many manufacturers is how the financial crisis will affect credit to manufacturers. Although Canada’s large banks are in fairly good shape, they will undoubtedly become more cautious in their lending in the years to come, a point put forward by the head of Canada’s largest bank. “One of the things that we’ll be watching and that the marketplace will be watching very carefully is general credit,” said Gordon Nixon, chief executive officer of the Royal Bank of Canada in a recent Globe & Mail article.

“The outlook for the world economy has deteriorated significantly and the global recession will be broader and deeper than previously anticipated,” the bank said. “While Canada’s economy evolved largely as expected during the summer and autumn, it is now entering a recession as a result of the weakness in global economic activity. The recent declines in terms of trade, real income growth, and confidence are prompting more cautious behaviour by households and businesses.”

Caution indeed is the watchword of the day. Can the government help? With all the news of government bailouts for the auto sector, some might pose that as a viable solution for the hard-hit forestry sector. Not so, says Avrim Lazar, president and CEO of the Forest Products Association of Canada in Ottawa.

“Some have suggested that bailouts and subsidies are now needed. We disagree,” he said. “The last 30 years of economic history have shown over and over again that these types of measures simply do not work and often make mat- ters worse.

“We believe that action is needed in three areas to both address the financial market crisis and ensure that the Canadian economy comes out of the crisis even stronger than before,” he continued. “First, governments should address immediate liquidity problems by ensuring that credit continues to be available to consumers and businesses within Canada. Second, they should make strategic investments in infrastructure and industry transformation and by encouraging businesses to do likewise; and third, they should implement policy measures that will improve the long-term competitiveness of the Canadian economy.”

That said, things could be better for the pulp and paper industry. “All product sectors are down in Canada,” said Kevin McElhatton, president and CEO of Montreal-based Pulp and Paper Products Council, a global market intelligence firm. “I don’t see any good news coming out of North America in 2009.”

That might be an understatement of sorts. The recession brings bad news for some, if not many families, as people will lose their jobs.

“The depth and duration of the economic slowdown and the impact it may have on office employment and demand for our products are the key questions,” Raymond Royer said in a recent Montreal Gazette article before stepping down as president and CEO of Domtar. “Domtar must continue to match its production capacity in Canada and the U. S. with actual demand.”

Royer said Domtar is closing down a paper machine at its Dryden mill in Ontario for good because it is relatively high-cost. Almost 200 jobs will go. Dryden will continue to produce high-value pulp for which demand remains strong.

David Paterson, CEO of Abitibi Bowater, delivered more bad news recently: “Based on customer input, we expect a further decline in North American newsprint consumption. In light of these developments, we plan to reduce capacity in 2009 by taking 50,000 metric tonnes of downtime monthly.”

Analysts said the uncertain outlook may mean more production cutbacks in 2009 — Royer said the axe would first fall on the highest-cost operations in Canada and the U. S. if more cutbacks were needed.

In real terms, 2009 looks like a year for pulp and paper companies and their suppliers to regroup and reanalyze business operations. Bob Gallo, president of Voith Paper North America in Appleton, Wis. agreed this slowdown will be brutal. “This economic slowdown will most likely be the most severe experienced in the last decade.”

As a result, Voith Paper has closed many of its systems, roll service and fabrics plants worldwide to adjust its production capacity. Recently, in Canada it has announced closures of its press fabric plant in Hamilton, Ont. and the tail threading plant in Coquitlam, B. C. As well, Voith Paper has recently re-organized its corporate structure, reducing its business operations to four groups: fibre and environmental solutions, automation, paper machines, and fabric and roll systems.

As Gallo said: “Such decisions are very difficult, however we remain convinced that these are necessary measures to maintain financial stability and be able to continue to service our customers in the long term.”

His counterpart at Metso sees the economic slowdown as a realigning of values with current economic realities. “Our customers are operating with a pragmatic common-sense management,” said Jukka Tiitinen, president of Metso Paper North America in Atlanta, Ga. “Companies are postponing investments, even small ones, moving certain things into the future, to 2010.”

By all accounts, the economic slowdown, which started around July 2008, will last at least all of 2009, Tiitinen said. “We might see some positive signs in the second half of 2009, but it’s more likely that it will be 2010 when things begin to improve.”

Even so, there are business sectors that reamin strong. One area that remains vibrant is the service and maintenance sector, Tiitinen said. “We have been able to pick up some business from old and new customers.” One of the strategies that Metso Paper has been employing is ensuring that it spends quality time with its key customers. “The companies that have been successful in the past are the ones that will likely be successful in the future,” Tiitinen pointed out.

In addition to service and maintenance, fibre-handling and processing equipment remains strong, as companies look to upgrade these areas. Another sector that defies expectations is tissue production, which both Metso and Voith say are least affected by the economic slowdown.

No doubt, opportunities exist. “An economic slowdown can create opportunities for open minded leaders who are ready for looking at new ways of doing business,” Gallo of Voith pointed out. “For example, while capital is very limited, some mills are still considering capital expenditure projects to instal
l or upgrade equipment, such as roll grinders.”

As well, it is likely that all paper companies will be outsourcing roll maintenance and other non-core services to reduce cost. “Voith Paper and Voith Industrial Services see this as an excellent opportunity to do business differently with customers,” Gallo said.

Under such economic conditions, healthy companies look for good buying deals. “There will likely be more consolidation if the federal government relaxes its competition rules,” said Michael Armstrong, vice-president (advisory services) for Vancouver-based PricewaterhouseCoopers, an international consulting firm. “The outcome is a smaller, leaner and, hopefully, stronger industry.”

Tiitinen of Metso agreed that we are likely to see some industry consolidation in the next two years. “The stronger companies will buy the weaker ones,” he says. “And they will be even stronger in the future.”

Gallo of Voith agreed. “It will create stronger paper corporations through forced re-organization. The North American paper industry must find new ways to reduce cost to compete with the increased production coming on-line, especially in Asia.”

There is a silver lining, however, in those storm clouds making their way slowly over us. As with people, there’s a benefit to slowing down and taking stock. “It gives companies and their leaders time to ensure their priorities are right, to analyze the business and see what areas add value” Tiitinen pointed out. “And when business picks up, it will give companies better plans to implement.”

Or as Gallo of Voith Paper put it: “We strive to balance short-term requirements with our long-term vision of providing value-added technology leadership. This balance, joined with continuous market analysis, preparation, and quickly taking the necessary short-term actions, are what we consider to be strong and fair corporate leadership.”

It is said that leaders rise to the occasion during a crisis. Such might be the case now with the worries of a slowing global economy. “Positive leaders look at such situations as an opportunity to develop their best business areas,” Tiitinen said. “And when things improve, these companies will be ahead of the game.”

Perry J. Greenbaum, a Montreal-based freelance writer, has been covering the forestry sector since 1996. He can be reached atpjgreenbaum@gmail.com.

“An economic slowdown can create opportunities for open minded leaders who are ready for looking at new ways of doing business.”