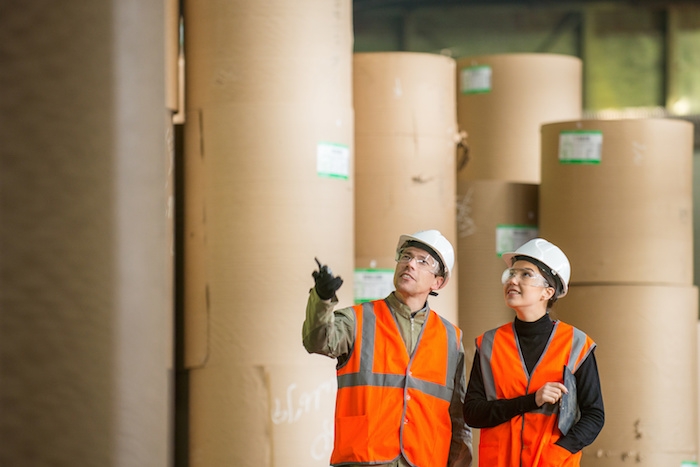 July 3, 2019 – When the federal government announced late last year that it is investing nearly half a million dollars in a three-year project to increase and retain jobs for women in the forestry sector, it was a small step forward for an industry that has long been traditionally male dominated.

The thing that struck me about the project, which will bring together numerous industry and community stakeholders to formulate the “Gender Equality in Forestry National Action Plan,” is that it seems to go beyond a commitment to ensuring forestry companies hire more women. It actually acknowledges some of the real reasons why women are passed over for promotions (unequal access to management training, lack of flexibility for child care) – and why not enough women are working in the sector to begin with (lack of information about the trades, not enough STEM training, pervasive misconceptions about the industry).

The government reports that in 2016, only 17 per cent of workers in the forestry industry were female. I recently had a conversation with an HR manager at a mill, and he told me that they’d just hired their first female electrician to join a pool of about 100 tradesmen. He wasn’t proud of it – and cited the lack of STEM opportunities presented to women, as well as the dearth of information about the pulp and paper industry in general as the chief reasons why he hasn’t been able to hire more female workers. There just…aren’t that many to hire.

I talked to several women as part of our weeklong online series for International Women’s Day back in March, and they had some advice for management when it comes to leadership succession and mentorship. One of the women I interviewed was Irene Preto, an operations specialist at Mercer Celgar, who notes that due to a number of socio-political factors, “women will systematically underestimate their own abilities.”

She says male leaders need to provide guidance and positive support as they train the future workforce. And she’s right. The pulp and paper industry can’t rely on big government investments to fix the diversity gap – part of the change needs to come from within your own organization. That means hiring more women, but it also means hiring more people of colour, especially in and around Indigenous communities that have rights in the forestry sector. Your team will be better for it – you’ll not only have new perspectives on how to tackle problems, but you’ll acquire a more varied set of critical-thinking and emotional – or “human” – skills – which are what many research firms are predicting will be essential to the jobs of tomorrow.

The diversity gap is just one of the issues we are seeking your help with in our new industry survey called Retention, reskilling and recruitment in pulp and paper.

We’re asking for senior-level leaders to share market insights that will be useful to the entire industry as we address the skills issue from plant floor to C-suite. Access the survey here, which will take about 10 minutes of your time – and thank you for your insight!

This article originally appeared in the Summer 2019 issue of Pulp & Paper Canada.

Related
Meant to be a millwright: Q&A with Jennifer Sartorius of West Fraser Hinton Pulp
Evolving an industry: An update on the Gender Equity in Forestry National Action Plan
Change from the inside: Q&A with Pascale Lagacé, VP, environment, energy and innovation at Resolute
J.D. Irving to provide apprenticeships to 10 women with New Boots partnership
Tags