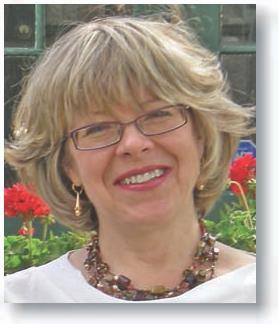 When I first joined Pulp & Paper Canada, approximately eight years ago, indications of the looming difficulties in the forestry sector quickly became apparent to me within the pages of the magazin…

When I first joined Pulp & Paper Canada, approximately eight years ago, indications of the looming difficulties in the forestry sector quickly became apparent to me within the pages of the magazine. Worried that my inexperience was limiting me to news of negative impact, I reached out to experts in different segments of our industry for advice and found that not only were there many highly-trained and professional people in Canada and beyond, but that they were deeply focussed on the different developments affecting the manufacture and trade of our precious national commodity. Their frustration lay in bridging the gap between knowledge and practice but they were very eager, then as now, to share that information, to try to overcome the obstacles and to help further its progression.

Shortly afterwards, we officially established one of the mandates of this magazine as being a vehicle to empower the pulp and paper industry. This has been reflected as content that presents new ways of dealing with the problems that have become (forgive the pun) rooted in our field. Looking ‘outside of the box’ seems a bit ironic when we are the people who have supplied the material for many of those boxes.

In those early days, a writer named Perry Greenbaum wrote articles for the magazine that were highly informative about the state of the industry and, for this issue, we requested an update which, combined with the other articles in this issue, give us hope for a lightening of the burden that has been carried for so long. Read State of the Industry -Things look positive (on page 8) and breathe a tentative sigh of relief.

One of the positive steps that is helping the industry is the way experts are now examining the increasing tons of wasted wood that the mountain pine beetle leaves behind. Can anything be done to make use of the stockpile of damaged forest? At the risk of sounding flippant, it is a case of making lemonade when you have been handed lemons. The two-part article on the mountain pine beetle updates the situation on both the bug and the potential for the wood it leaves in its path.

In Part 1 -Tiny bugs, big problems (page 11) David Leidl brings us up to date on the bugs themselves and Part 2 -Making the pest of it all (page 13), he explains the potential of the trail of destruction left in its wake.

A huge turnaround effect will also be felt when more people embrace the idea of biorefining as a valuable product in its own right and this is quickly becoming a popular subject for our readers. We are fortunate to offer a very instructive Guided tour: Implementing the forest biorefinery at existing pulp and paper mills, authored by Drs. Virginie Chambost, Jacquelyn McNutt and Paul Stuart (page 31).

However, sometimes there is a price to pay before benefiting from the manufacturing of the product. With the increased knowledge of the potential impact of these processes, steps are being taken to protect the environment through a study of the nutrient enrichment of water. Carroll McCormick gathered information from FPAC and FPInnovations-Paprican, as well as the National Council for Air and Stream Improvement to offer for solutions and has summarized the findings in Clear Water Revival (on page 15).

In the August 2003 issue of Pulp & Paper Canada, Dr. Paul Stuart participated in an editorial entitled Is the pulp and paper industry getting the most it can from university research? saying that “universities can provide an excellent return on investment to the pulp and paper industry in conducting problem-oriented, design-oriented research”. Five years later, Paul Stuart updates us on the NSERC Environmental Design Engineering Chair at cole Polytechnique (page 46).