When American Vice-President Dick Cheney told Canadians last spring that Americans need our energy "to maintain a particular lifestyle," it fuelled a lively debate in Canada that touched upon issues o... 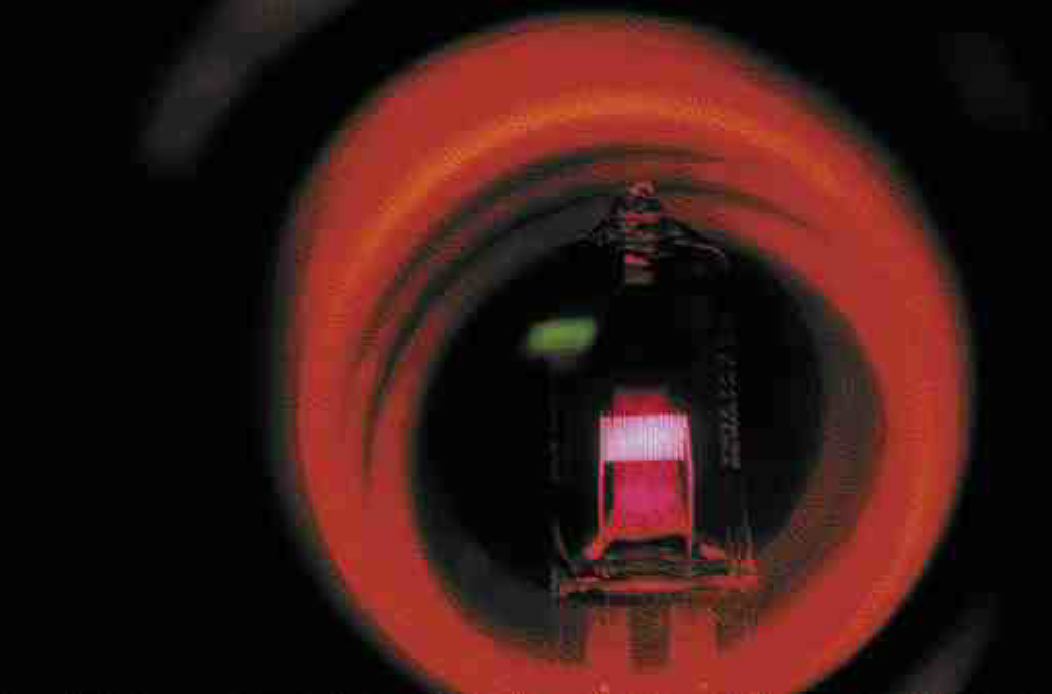 When American Vice-President Dick Cheney told Canadians last spring that Americans need our energy “to maintain a particular lifestyle,” it fuelled a lively debate in Canada that touched upon issues of national sovereignty, free trade and America’s insatiable appetite for cheap energy.

Canada already supplies 15% of American’s natural gas requirements, which forms part of the $700 billion in goods and services that annually crosses the border. Yet, that might not be enough to meet predicted demand once the economy picks up and goes through another cycle of sustained industrial and consumer growth — thereby gobbling up fuel faster than a hungry man at a feast. If past scenarios repeat hold true, bilateral talks between Canada and the US will eventually result in more energy flowing southward.

Which raises some concerns for the forest products industry: “We have to ensure that we don’t sell our energy to the Americans at cut prices,” says Lise Lachapelle, president and chief executive officer of the Forest Products Association of Canada, a lobby group that’s closely following the energy debate. “And we have to ensure that our energy doesn’t go down there and create a supply problem in Canada.”

Are Canadians facing an energy deficit? Not really, says Dino Mili, vice-president of business development for energy-management firm CHI Canada Inc., Montreal. “For the most part, Canada doesn’t face an energy shortage. Alberta might in a few years, though, where demand is currently outstripping supply.”

Yet, one can’t just turn on the energy tap, so to speak. There are obstacles to energy generation. Only when market conditions make it profitable for governments and private energy companies to invest billions of dollars in projects and infrastructure can energy in its various forms be turned to electricity, natural gas or oil. As well, energy producers have to mount flashy and expensive public-relations campaigns to convince federal and provincial governments and the public-at-large that the project’s merits — usually pitched as job-creation and the maintenance of a particular way of life — significantly outweigh the harm to the environment.

Projects are either underway or planned in the Nova Scotia Shelf off the east coast, in Alberta’s oil and gas patch and in the Mackenzie Delta in the Northwest Territories. Some of these projects are many years from producing the first gigajoule of energy, let alone becoming profitable. And all this activity is taking place when provincial governments are seriously talking about deregulating the energy sector. (For example, Alberta has done so, and Ontario says it will deregulate in April 2002. Other provinces are sure to follow.)

Among the promises of deregulation is cheaper energy. Yet Alberta, which recently deregulated its energy market, has yet to see lower prices. Part of the problem is that the provincial government didn’t properly and neatly prepare the way for a deregulated energy market — a common complaint of industrial users like Weyerhaeuser Canada Ltd. “The deregulation structures have been flawed,” says Vancouver-based Ray Norgren, the company’s strategic planning manager.

Since deregulation, Norgren says, prices in Alberta’s Power Pool have oscillated unpredictably: between $50 per megawatt-hour and $1400 per megawatt-hour (MWh). Utilities tend to make a profit above $60/MWh. “When it reaches $200 to $300/MWh, companies start to shed load and, in some instances, have gone down [stopped production],” he says, adding that some mills in Alberta have shut down temporarily during such wild times. Particularly vulnerable are energy-intensive mills that produce chemi-thermomechanical pulp (CTMP).

Still, one of the expected outcomes of deregulation is a boost in energy production, once energy generators deem it profitable to invest in infrastructure and new power projects. That and a dip in the cycle common to commodities like energy should eventually force prices to drop, says well-respected analyst Ian Doig of Calgary. “Every commodity follows cycles. For energy it’s been a 24-month upward run,” Doig says. Except for temporary price spikes resulting from hot weather or hurricanes, he adds, Canadian gas will probably sell between US$3.50 and $4.50 per gigajoule in 2002.

That compares favourably to last fall when natural gas prices spiked at $9 US per gigajoule. Then, quite a few companies were caught without adequate supply when they played the spot market, and their gas bills shot up. That is what some mills fear. Yet the industry will likely have to wade into the waters of deregulation and learn how to operate comfortably in the open market. “That’s the world we’re living in now, and whether you go long or short in the market depends on one’s appetite for risk,” Norgren says.

Words common to stock traders like hedging, futures, selling short and selling long will become common parts of the vocabulary of paper producers. “We’ve been so used to establishing fixed-price agreements with utilities, that it will take us time to understand the new reality,” Norgren says.

Even so, energy deregulation is a two-sided coin, says CHI’s Mili. “Deregulation can make people quiver with fear or shake with joy at unanticipated opportunities.” Part of the visceral reaction to deregulation among users is what can best be called the California Experience: price gouging by energy companies in a deregulated marketplace. (See sidebar on Deregulation requires careful planning.)

Still, Mili says that paper producers in particular ought to welcome deregulation as an opportunity to sell surplus energy back to the grid. For example, during the energy crunch last winter, a few companies, notably Abitbi-Consolidated Inc. and Cascades Inc., produced surplus energy that they sold on the open market. But as to whether that practice takes away from a company’s core business, Mili says that a company ought to look at areas that are outside its core business as ripe for outsourcing. “It’s not an either-or proposition for a company, but a continuum of business possibilities.”

One of these business arrangements is a partnership, where, depending on the energy source and the geographic location, either the paper producer or the energy firm takes the lead. He cites an example of BC-based Cominco, a zinc producer. Last year when zinc prices were depressed and energy prices were skyrocketing, Cominco found it more profitable to temporarily close its zinc operations and sell surplus energy to the US. As Mili put it, “Those are some of the areas paper companies ought to explore. In a deregulated market, energy becomes a commodity.”

At the same time, forest products companies are looking to make their mills more energy-efficient and cheaper to power, often by relying on sources other than hydroelectricity, oil and natural gas. “We are less dependent on energy today than 10 years ago,” says Lachapelle, who adds that the result has not come at a cost to the environment. “Canadian pulp and paper producers have reduced their emissions of greenhouse gases 19% below 1990 levels, despite increasing production by 21% — a remarkable feat that places us second to none among industrial users.”

That is all the more remarkable because the paper industry has historically been the second most energy-intensive in North America — after the chemicals sector — using 21 megajoules of energy per dollar value of shipments. The industry has reduced its consumption of oil and natural gas in various ways: monitoring a mill’s energy performance via computer-controlled devices, looking to alternative energy sources like cogeneration and incrementally increasing the use of biomass.

According to industry lobby group FPAC, the Canadian industry’s use of biomass has increased to 54%. Biomass, which consists of wood wastes like bark, treetops and branches, is considered an environmentally friendly fuel that contributes to reductions in greenhouse gases, or GHGs. (See Biomass burns clean.)

One company that greatly relies on biomass is Weyer
haeuser Canada. Since 1990, it has increased the percentage of biomass-derived power from 51% to 59%, slightly higher than the national average. At the same time, it has reduced its total natural gas consumption by five billion cubic feet, about half of it resulting from the $315-million energy-conversion project at its pulp and paper complex in Prince Albert, SK. Among the project’s purposes was to convert the near-recovery boiler to a power boiler and increase the use of electricity. “It takes a lot of capital investment to reduce the consumption of energy,” Norgren says. “[Yet] it has been a good undertaking for us.”

Making a case for cogen

Cogeneration is a process that generates electricity and low-grade heat from the same fuel. Often the fuel is biomass, consisting of wood wastes, which used to be landfilled. One company that has invested greatly in cogeneration is Boralex Inc., a subsidiary of Cascades of Kingsey Falls, QC.

And the company keeps on adding generating capacity. In July, it paid US$10 million for a 36-MW wood-residue-based power generating station in Fort Fairfield, ME. “This transaction will allow Boralex to enhance the operating synergies among its power stations in the northeastern United States, while continuing to optimize its supply of wood residue,” said Jacques Gauthier, company president and chief executive officer. That brings Boralex’s total installed capacity to 300 MW.

One reason behind Cascades’s move to own power-generating capacity (through its subsidiary) is to ensure that its mills retain a consistent hydroelectric and thermal energy source. And any excess capacity can eventually be sold on the open market.

Cogeneration, deregulation, load shifting — these are some of the things that the industry has to now consider. Without a doubt, the Canadian industry faces mounting pressure to make mills more energy-efficient, particularly because, on average, its mills are older than, say, those of the Scandinavians. And there’s the added pressure of competition from nations like Brazil, Indonesia and China, which also operate more modern mills with considerably lower labour costs.

For the most part, Canadian mills have a game plan: slow and steady. But Canadian producers might be in for a rude awakening if they don’t move quickly. The North American automotive sector was in a similar cautious position before the OPEC Crisis in the early 1970s forced it to develop more fuel-efficient cars — and quickly. “I think it will take a similar crisis for the industry,” energy consultant Mili says. Perhaps, pulp and paper producers ought to prepare for leaner times.

Perry J. Greenbaum is a Montreal-based freelance business and technology writer. He can be reached at saltpub@sympatico.ca.