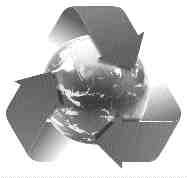 Until now, the main parameters which have been monitored and controlled at mills have been total reduced sulphur (TRS) gases, sulphur dioxide (SO2), particulates (PM), nitrous oxides (NOx), chlorine a…

Until now, the main parameters which have been monitored and controlled at mills have been total reduced sulphur (TRS) gases, sulphur dioxide (SO2), particulates (PM), nitrous oxides (NOx), chlorine and chlorine dioxide.

The historical issue at kraft mills throughout the world has been the odor nuisance created by TRS gases resulting from the chemical reaction between sulphur, pulping chemicals and wood constituents. Until the 1970s and 80s, it was not uncommon to detect a “rotten egg smell” as far as 100 km from a kraft mill. However, today, few facilities have a serious odor problem at substantial distances from the mill, due to effective source reduction and control methods.

In the past, the recovery boiler was by far the major source of TRS emissions. According to Neil McCubbin, an industry process expert, it is now a common practice to eliminate odor from recovery boilers by using modern boilers (post-1985) or by tightly controlling operations on older boilers (post 1970). The non-condensable gases (NCG) emitted by the digester and evaporator, says McCubbin, are the second major cause of odor, but most mills now collect and incinerate these gases. Unfortunately, once the public is used to the absence of these emissions, indignation levels can be very high when inevitable equipment problems cause occasional venting of the NCG. The only solution is to have a standby point of incineration, as many mills already do.

David Law (Conor Pacific Inc., Halifax, NS) reminds the industry that air emissions from effluent treatment plants can be significant and sometimes make up the majority of mill malodorous emissions. VOCs can also be high, but these are rarely measured. Law points out that effective condensate stripping and tight in-mill control can effectively reduce emissions from ASBs and ASTs.

Particulates: Emissions of particulates (PM) have been controlled for many years at Canadian mills. Today, fine particles which are less than or equal to 2.5 microns in size (i.e. PM2.5) in ambient air are the subject of new regulations in the US and Canada, which may ultimately lead to additional air emission control requirements for the industry [1].

1. A reference level above which there are demonstrated effects on human health and/or the environment.

2. An air quality objective which represents the air quality management goal for the protection of the general public and the environment in Canada.

The proposed reference levels for 24-hour average PM10 and PM2.5 concentrations are 25 g/m3 and 15 g/m3, respectively. The process for deriving the air quality objectives is still underway with recommendations expected in the spring of 1998.

In Quebec, there are new regulations proposed by the Ministre de l’environnement et de la faune (MEF) for hog fuel boilers [3]. The stack limits have been reduced from 340 mg/m3 to 100 or 150 mg/m3 and, if implemented, these changes will oblige many mills to install high efficiency control equipment for particulate reduction.

Greenhouse gases: M. Wellisch [4] outlined the results of the Kyoto Conference held in December 1997, where Canada committed to reducing greenhouse gas emissions by 6% relative to 1990 levels by the first budget period (2008-2012). One of Wellisch’s recommendations is that barriers to further implementation of biomass energy projects be eliminated wherever possible (since the use of wood waste or biosolids as fuel produces much less CO2 compared to fossil fuels).

Throughout North America, cogeneration seems to have played an important historical role in reducing overall industrial CO2 emissions. In the US, the paper industry is a cogeneration leader with over 50% of its electricity use being cogenerated [5]. If it is assumed that 80% of the avoided electrical purchases in the US were from fossil fuel-fired facilities, the savings in CO2 emissions was estimated at over eight million tons of CO2 per year.

In general, SO2 and NOx emissions from mills are not a serious environmental issue, due to the relatively low level of emissions, and good dispersion. For kraft mills, good SO2 control is possible by proper operation of the recovery boiler, and appropriate selection of auxiliary fuels.

The Canadian Council of Resource and Environment Ministers (CCME) is currently working jointly with Environment Canada to establish new guidelines which include a management strategy for NOx and volatile organic compounds (VOCs). Preliminary guidelines have been issued for hog fuel boilers and recovery boilers (new sources only) [6].

Paul Stuart, manager of environmental services for H.A. Simons (Dorval, QC) explained how the MACT [7] portion of the Cluster Rule in the US is considerably more rigorous in its approach than any other air regulations applied to the pulp and paper industry. MACT I was promulgated last April and covers pulping, bleaching and wastewater sources for chemical pulp mills. The heart of the MACT I rule requires mills to reduce emissions of hazardous air pollutants (HAPs), where methanol is used as a surrogate for HAPs in the pulp mill and chlorine is used as a surrogate for chlorinated HAPs in the bleach plant, by 98%. P&PC

7. Maximum achievable control technology – defined as the level of control currently achieved by the average of 12% of the best performing sources in an industry subcategory.