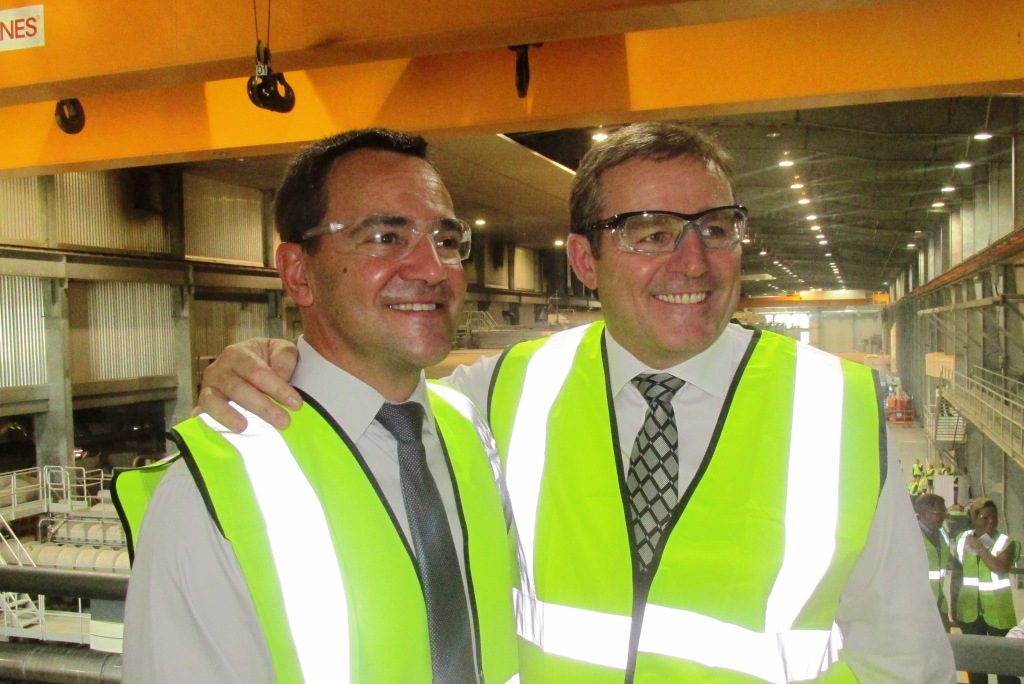 One of the most advanced board mills in North America opened its doors to guests and media for the first time on Sept. 24. At the official inauguration of Cascades’ Greenpac mill in Niagara Falls, N.Y., company executives spoke of the determination and teamwork that carried this dream of building a leading-edge containerboard mill through to reality.

The idea to build a new mill took root at Norampac, a division of Cascades, in 2005. Three years later, the economy was in meltdown. “It took courage and vision to hold onto the dream,” said Cascades CEO Mario Plourde. “It was risky to build a mill of this scale in the wake of an economic crisis.”
The Greenpac mill produced its first roll in July 2013, after 22 months of construction.
Considered the most advanced facility of its kind in North America, Greenpac manufactures a lightweight linerboard, made with 100% recycled fibres, on a single Valmet machine with a trim of 8.33 metres. Built and operated by Norampac, the Greenpac Mill has an annual production capacity of 540,000 short tons.
Using a high-degree of automation, Greenpac needs only five main operators to run the stock prep area and the paper machine. The warehouse is completely automated; overhead cranes store the finished rolls, and later place them on conveyors in the order in which they need to be loaded onto trucks or railcars.
“Greenpac’s success since launching operations has confirmed that we made the right choice by investing in modern equipment and technologies that enable us to offer superior-quality products,” Charles Malo, chief operating officer of Norampac, commented.
Since beginning production on July 15, 2013, the mill’s performance has continued to improve. By combining the latest paper production technologies, Greenpac has developed a high-performance recycled linerboard – Greenpac XP – that is said to have superior strength and unparalleled print quality while maintaining a lower basis weight than traditional linerboards. AS well, Cascades reports that Greenpac XP is a more economical option for customers as its innovative manufacturing process requires less fiber.
About 65 per cent of the mill’s current production is the Greenpac XP grade.
More details on the Greenpac operation will be available in the November/December issue of Pulp & Paper Canada.