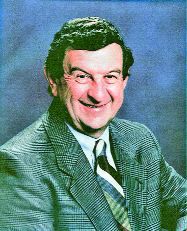 Announcements of plant closures will continue in the foreseeable future. As a small supplier of consulting services (energy management, safety, R/D tax credit claims), I wrestle, as do other suppliers…

Announcements of plant closures will continue in the foreseeable future. As a small supplier of consulting services (energy management, safety, R/D tax credit claims), I wrestle, as do other suppliers, with a continuing problem: how do we provide our products/services to this industry despite the risk of being stung?

For example, if a supplier has an ongoing performance-based project with a plant that suddenly shuts down its operations, the supplier will probably lose not only the unearned portion of the project, but possibly part, or all, of the investment to that point. Everything becomes negotiable when a plant closes due to financial difficulties and, although there is more hope if the mill/plant is part of a large corporation, negotiations can still be difficult.

Apart from dealing on a cash-on-delivery (COD) basis or cancelling business altogether with this industry, there are really only two options in order to manage these risks. The two alternatives would be either diversification of the product/services or an assessment of the future viability of potential customers. This would involve carefully separating the forest industry “winners” from the “losers” and dealing only with the winners.

This begs the question: are there any winners or, at least, potential winners? If so, how can they be identified?

Road to hell and back

Identifying the corporations and plants that are “winners” requires a look at how the Canadian forest industry got into this mess in the first place and what some of the best industry minds think must be done to get out of it, and stay out of it.

The writing was on the wall 21 years ago!

Flashback to August, 1986, in an address titled The Future for Pulp and Paper – Canada’s Competitive Ability to the Forestry Congress, Bernd Koken, President and CEO of Abitibi-Price (now AbitibiBowater) studied some of the major factors inhibiting the industry’s ability to compete internationally and recognized some of the problems. To redress Canada’s disconcerting and declining global market share, Koken made these key specific recommendations:

Exchange rates: The dollar should be allowed to float with very limited Central bank intervention. (This was when the Canadian dollar was only at about US$0.75!)

Productivity: This could be improved if management and labour worked together to increase competitive ability while minimizing workplace disruptions and coping with technological change.

Although the industry needed to adopt a more aggressive attitude towards investment for modernization and productivity improvements, Koken was dead against Government Grants as they propped up losing operations and distorted the market, delaying needed modernization. He recommended that they be replaced with a non-discriminating, tax-based incentive system.

Also in the list of items that needed to be considered were trade restrictions and maintaining a competitive fibre supply.

Was anybody listening? Apparently not!

In an article for the Globe and Mail’s Report on Business magazine insert (see this issue, page 23), Konrad Yakabuski sums it up best. He trashes the Canadian Forest industry for grossly mismanaging their dominant global position in contrast to the Finnish forest industry which modernized and globalized effectively, and profitably, during the same period.

What capital was spent for modernisation was often misspent. For example, 10 billion dollars was invested in Quebec mills between 1979 and 1984. The problem was that much of it went to non-productive compliance-driven environmental controls and to modernizing old, small existing machines. Instead, like the Finnish and Swedish mills, they should have invested in the latest, more productive and environmentally compliant large paper machines while eliminating the small, older machines and mills.

And the winners are:

What lessons have been learned in this process? Determining which mills are most likely to close is not an easy task without being able to see the financial details of individual plant performance. Industry expert consensus is that winning mills are characterized by the following key indicators in order of importance:

1. Visionary, innovative and aggressive Boards of Directors and CEO/COO who can provide top leadership and clear goals, while being open to all initiatives which could improve the Canadian forest industry’s productivity and globally competitive position;

2. Solvency and reasonable financial stability should be a track record of the individual mill or parent company;

3. Open to, and even aggressively solicit, all productive proposals, especially with short paybacks and the ability to assess, approve (or reject) and implement them without delay and procrastination;

5. Strong involvement by all employees who are empowered and fully supported by management;

9. Very active in R&D and implementation of new ideas and technologies.

The mills that suppliers choose to deal with should display all or many of these characteristics or be clearly headed in this direction. The first five items (1-5) are necessary to achieve the items listed in 6 to 9.

John E. Little can be reached at jelittle@videotron.ca