News
Going for the Gold! 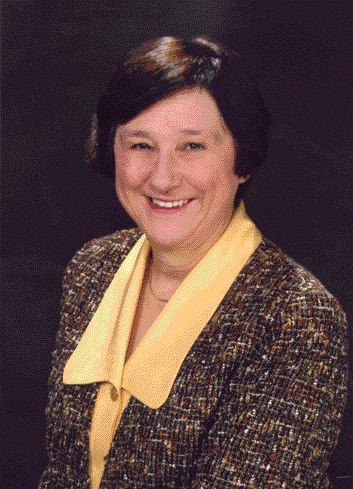 Just as in the 20th Winter Olympics in Turin, Italy, where great achievements in sports were recognized by gold medals, here in Canada, a gold medal was also awarded in recognition of exceptional cont…

Just as in the 20th Winter Olympics in Turin, Italy, where great achievements in sports were recognized by gold medals, here in Canada, a gold medal was also awarded in recognition of exceptional contribution, this time to the science and technology of our industry. Barbara van Lierop, principal scientist in the Chemical Pulping Program at Paprican, received the John S. Bates Memorial Gold Medal in recognition of her noteworthy contributions to bleaching research throughout her 33-year career at Paprican.

Barbara started her career at the Stora Enso Port Hawkesbury mill as a summer student while pursuing B.Sc. degree at Dalhousie University in Halifax, Nova Scotia. It was while completing an M.Sc. at McGill University’s McDonald Campus, she took note of Paprican and recognized that her previous experience in a pulp and paper mill might provide an opportunity to work in a familiar industry.

As it turned out, both she and the institute were lucky. “Just at that time,” van Lierop said, “there was a program of expansion and with it, a need for research staff. After 30 years, some of us are still here.”

Although she began as technical specialist in Tony Scallan’s Fibre Chemistry Group, her main career track began shortly afterwards in the bleaching research group, with Norm Liebergott, who at that time, was a well-known bleaching researcher. Spurred on by his enthusiasm and his perceptive knowledge of the industry, she took on the challenge to bring the research being developed under his direction to the industry community.

In the past 30 years, Barbara has been associated with the major changes in bleaching technology that arose from the need to address environmental issues. These developments at Paprican included the application of oxidative extraction in pulp bleaching and the use of oxygen, peroxide and ozone in both TCF and ECF bleaching. She is now part of a research team, headed by Richard Berry, that is developing technologies to improve chlorine dioxide bleaching efficiency.

Barbara reminisced about the people she worked with during her time at Paprican. “I’ve been fortunate to work with such knowledgeable people in research: Henry Bolker, Bruce Fleming, David Goring, David Clayton, George Kubes, and Norm Liebergott (PAPTAC’s Honorary Life Membership winner last year). This past generation of researchers commands a high degree of respect because they epitomize excellence in research, and have solidified Paprican’s position as a world-class pulp and paper research giant. This recognition is still driven by today’s research staff who continue the tradition of fostering research that is more than ever addressing the immediate and challenging needs of the industry today.”

Along with her work career, Barbara has been very active in both PAPTAC and TAPPI. As a member of the Bleaching Committee, she claims that it is by far the best method to network with people and to get to know the needs of the industry.

“Early on, I was given the challenge of chairing PAPTAC’s Bleaching Committee shortly after it was formed,” van Lierop said. The meeting format that was adopted during her tenure is still largely in place today and the committee continues to enjoy a high degree of participation.

Her next contribution came as a member and, later, as Chairman of the Executive Council of, at that time, the Technical Section of CPPA. She provided the leadership and vision at the critical crossroads of the association, just before the formation of PAPTAC.

“When I was approached to consider this task, I thought, I couldn’t possibly be up to it,” she admitted. “but the work depends on what you do with the opportunities you are given. We did a lot of things leading to the anticipated change from the Technical Section to PAPTAC because we felt that it was timely to review the needs of the individual membership while respecting their companies’ expectations and circumstances. The work centred on consensus, finding out what the membership wanted from their association, making sure we were reaching the people, and putting good programs in place,” she summarized.

“I’ve had so many wonderful opportunities,” said van Lierop. “and I am truly honoured to receive this prestigious award. My achievements, however, were not done in isolation, and this award belongs as much to the many people who have been associated with my accomplishments as it does to me.”