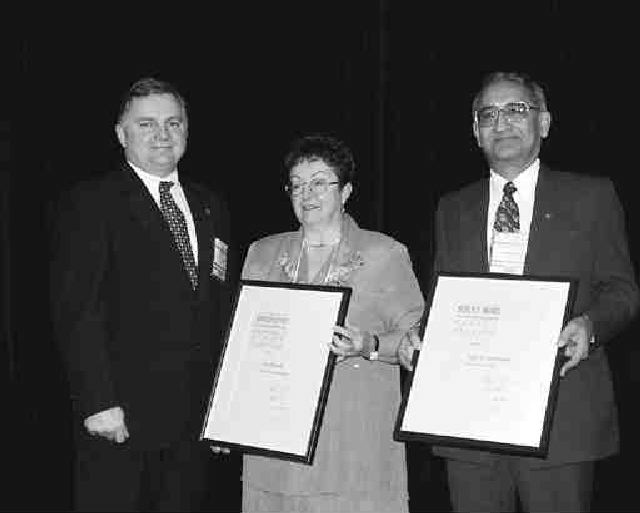 THERE IS NO ESCAPING it, the subject is on everybody’s minds these days and most probably will be as we get closer to January 1, 2000. Crossing to a new millennium evidently raises many question marks…

THERE IS NO ESCAPING it, the subject is on everybody’s minds these days and most probably will be as we get closer to January 1, 2000. Crossing to a new millennium evidently raises many question marks and could also pose unique challenges to plant floor automation. Friday’s session on process control delved into this and other computer automation issues.

Robert F. Sikora, S-S Technologies Inc., exposed the problem of the millennium bug from the automation point of view. According to Sikora, the key to Y2K compliance is testing. “The compliance documents will give little comfort if your plant is down on January 1, 2000,” he added. Testing is the word, even with systems being installed today, and the buyer should witness all tests. “Vendors should be given a standard test plan that their system must pass for acceptance; and of course testing should extend to existing systems. Unless a system has no customized components and is known either to be definitely compliant or definitely non-compliant, it should be tested.”

Some systems are typically compliant; some are typically not. Pre-1995 PC-based systems where the clock cannot be set back is typically non-compliant. These are either date-sensitive applications (like maintenance management systems) or networked systems. Other non compliant systems generally include: custom-coded applications on PDP11, VAX and some UNIX platforms; host download and bridging systems combining various technologies (database, custom C code) which have not been tested; PLC systems performing date calculations (most PLCs use 2-digit dates). On the other hand, the following systems are typically Y2K compliant: stand-alone PLCs not using dates or carrying date information; PC-based applications where the clock can be set back; off-the-shelf software running on the most recent versions; mechanical or non-microprocessor controlled systems; and components with no date information, such as solenoid valves, pressure transducers, flow meters, photo-eyes and proximity switches.

The pulp and paper industry, in essence, is also very vulnerable in case of non-compliance: unlike industries such as discrete parts manufacturing, an integrated pulp and paper mill has limited storage capabilities through the process areas. It is impossible to build an inventory of steam, for instance. The fact that mills operate 24 hours a day, seven days a week, also limits the opportunity for testing without disrupting production. This is why mills should have a good contingency plan (and spare parts) ready for the big day.

The project actually demonstrated the viability of locating PID control within Fieldbus instruments and of hybrid loops consisting of a combination of traditional I/O and Fieldbus I/O. The new system is being used to benchmark installation, commissioning, maintenance, and operational costs and to determine savings compared to conventional control architectures. The system is very reliable: in six months of beta testing, only one small failure occurred (in a valve), which was not related to Fieldbus technology. The mill detected no differences in the quality of loop control or response whether PID logic resides in the Fieldbus transmitter, the Fieldbus valve controller, or the Delta V controller. Other advantages of the system described were substantial savings on wiring costs (50%), on commissioning (80% of the man-hours normally required to commission such a system) and on operations.

Patrick Tessier, ISAC Technology Inc., presented a study on modeling and dynamic simulation of pulp screening and reject refining for a CTMP plant, done in conjunction with Xingsheng Qian, from H.A. Simons Ltd. The mathematical models developed used pulp consistency, shive content, long fibre content and freeness to describe the pulp properties along the process. Dynamic responses to the variations in properties of the pulp entering the process were simulated. In this process, the dynamics are dictated by the tanks, the transportation delays, and most important by the recycling loops.

Under normal operating conditions, a small change in consistency does not have significant effect on the shive content, fibre fractions and freeness of the product from the process. But for the operation of the screens, consistency is an important variable, which should be carefully controlled: a higher consistency may cause the screen to blind while low consistency will reduce the screen efficiency.