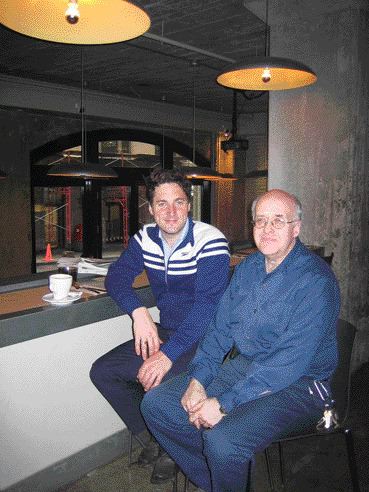 MONTREAL, QC — Nearly a year later, the Quebec Court of Appeal has reversed a decision that will now permit Kruger to continue its harvesting and forest management activities on Ile Ren-Levasseur.

A temporary injunction, handed down last June, prompted Kruger to lay off 153 people on the North Shore of Quebec, when it was prohibited from logging on the island.

“This decision, which ensures the company’s timber supplies according to the timber supply and forest management contract signed with the Quebec government in 1997, will also ensure the jobs of Kruger and contractors’ forest workers, as well as the jobs of employees in the three Kruger mills on the North Shore (Scierie Manic in Ragueneau, Scierie HCN in Forestville, and the Longue-Rive planing and drying mill). It also secures the supply of wood chips from the North Shore destined for the Kruger Wayagamack mill in Trois-Rivires.”

MONTREAL, QC — This time, the job cuts aren’t being made at the mill level, but rather, to sales, general and administration departments.

Looking to slash its expenses by $35 million, Abitibi-Consolidated cut 200 jobs, primarily from its head office in Montreal.

“Addressing (administration) expenses was the logical next step to position Abitibi-Consolidated for the future and to exceed our $175 million (earnings before interest, taxes, depreciation and amortization) improvement from cost and productivity initiatives,” Canadian Press reported CEO John Weaver as saying. “It is our intention to reduce our (administration) costs by 20%, saving the company approximately $35 million compared to our 2005 baseline.”

The company recently posted a first quarter loss of $33 million.

FEDERAL WAY, WA — Weyerhaeuser is considering exiting the fine paper business. As part of its strategic review, the company is deliberating the possible alternatives for the division. The alternatives being considered involve continuing to hold and operate the assets, or potentially selling them off.

The company has said it is in active discussions with several parties, but there is no guarantee that these interactions will result in an agreement or a transaction.

At the same time of this purchase, Cascades additionally entered into a multi-year supply agreement with Simkins for the supply of recycled coated boxboard to Simkin’s folding carton plants.

MIRAMICHI MILLS START BACK UP

MIRAMICHI, NB — After three months of being out of commission, Miramichi’s UPM-Kymmene mills are back in business.

The start-up came at a cost — the millworkers’ union conceded to a 5.5% wage rollback, in addition to a wage freeze for 2006, in an attempt to scale back operating costs.

“Everybody is back and eager to put their new learnings into practice,” the Herald reported senior vice president and general manager of UPM Miramichi Timo Suutarla as saying.

A review of the mill’s operations will be conducted this summer. The company hopes to be profitable within eight months.

HALIFAX, NS — “We all want Stora Enso to continue its long history in Nova Scotia as a local employer and a major contributor to the province’s economy and tax base,” economic development minister Kerry Morash said of the agreement recently signed by the province and the company.

The accord stipulates that Stora will receive $65 million over the next seven years, provided it remains in business. In return, the province of Nova Scotia will be freed of all contractual obligations to provide land to the company, including a commitment to provide 200,000 acres by 2013.

“The province’s contribution should help Stora Enso bridge past short-term challenges, while relieving tax payers of a costly obligation down the road,” Morash continued.

TORONTO, ON — After decades of negotiations, Canada and the U.S. have struck an agreement on the bitter, softwood lumber dispute.

Under the terms of the new, seven-year deal, the U.S. will pay back a minimum of $4 billion in duties to Canada, and will not saddle Canadian softwood exports with quotas or tariffs according to what Prime Minister Stephen Harper referred to as ‘current prices.’ Canada’s access to the U.S. market will be hemmed in to roughly one third.

“Canada’s bargaining position was strong; our conditions were clear, and this agreement delivers,” Prime Minister Stephen Harper said. “We have a deal that defends Canada’s national interests and helps Canadian communities and workers. I commend Premiers Campbell, Charest and McGuinty for their support.”

Although the three principal lumber-producing provinces, Quebec, Ontario and British Columbia all signed onto the deal, contentment with the agreement is by no means universal.

“It a disaster for Canada, for free trade and Canadian industry,” Reuters reported Bill Graham, leader of the official opposition Liberal party, as saying.

Jack Layton, leader of the opposition New Democratic Party also voiced his disapprobation with the deal. “Accepting 80 cents on the dollar — that’s a sellout,” the Washington Post reported him as saying. “Is the Prime Minister finally going to stand up to U.S. trade bullying and say no to this slap in the face?”

Some reports on the agreement have painted a strikingly grim picture, contending the deal implies Canada’s recognition of the U.S. as a stronger power, and the softwood lumber dispute one that could not be won to the satisfaction of all.

Criticism has centred on the outstanding $1 billion paid out in tariffs, capital that many Canadians believe should be repaid.

On the other side of the border, approval for the agreement is significantly more concordant, and has been given two thumbs up from the Coalition for Fair Lumber Imports. “We applaud the tireless efforts of the Bush Administration officials who negotiated a means of offsetting Canadian unfair lumber practices,” the Post reported Steven Swanson, the group’s chairman as saying in a statement.

For any would-be visitors to Montreal, there is a must visit attraction for those involved in the pulp and paper industry. Nestled in a corner of the city that bridges the old part of Montreal with the new, is a business-casual restaurant called the Daylight Factory. Situated on a street formerly known as Paper Hill, the old pulp and paper loading dock, built in the early 1900’s, now houses a trendy resto that caters to the lunchtime crowd. The briefcase-toting diners who hustle in seeking nourishment have replaced the stacks of paper being loaded for shipment, but Peter Turgeon, a maintenance worker in the building, recalls with no shortage of affection the days when the Dayli
ght Factory, and the structures around it, were all major printing and paper factories.

“The building itself is neo-classical,” Turgeon explained of the architecture. “And it has been classified as historic.” The large windows, a decisive factor in choosing the restaurant’s name, are a reference to this architectural style, in that they were constructed in such a way so as to provide as much natural light into the building as possible. Split onto two levels, the upper counter that now serves as a resting place for cappuccino cups and elbows, was originally used as the drop-off point for the loading dock on the main floor of the building.

Owner Patrice St. Vincent explained the effort that went into preserving as much of the colour and feel of the old business as possible. “It was kept very industrial — the style of the windows, the concrete pillars, even parts of the flooring, were all kept original,” he said proudly.

One might have to look past the salad plates whizzing by, or drown out the jazz music that blankets the room, but the trendy Daylight Factory can still be seen, and felt, to have once been part of a street-long paper community.

VANCOUVER, BC — A railway car shortage prevents West Fraser Timber from shipping more lumber, according to The Canadian Press. The news wire service reported chief executive Hank Ketcham as confirming that had more trains been available, the company would have been able to ship its full production, and perhaps some of its excess inventory.

“When you’re up in the BC interior, your options are quite limited when you only have one rail line coming into your facility. We’re working our hardest and trying to be cooperative with the transportation providers, but this is a problem, I think, that the whole country faces and we’re just trying to work through it.”

A scarcity of rail cars has been a thorn in West Fraser’s side, and the company has said it is actively seeking alternatives to shipping its products. “We haven’t gotten consistent car supply to meet our needs,” CP reported Ketcham as lamenting.

MONTREAL, QC — Abitibi-Consolidated CEO John Weaver is calling on the Canadian government to stabilize the Canadian dollar, which closed at 90.87 cents on May 23, 2006.

“It doesn’t make sense that the loonie has gone up by 10% every year for the last three years. I believe the Bank of Canada and the government have a lack of vision in putting so much pressure on the manufacturing industry and as an industry leader, we intend to be much more vocal in ensuring that policy-makers are fully aware of the instability this creates,” Canadian Press reported Weaver as saying.

Noting that the Canadian dollar was valued at 63 cents in January of 2002, Weaver said, “to offset this we have closed or idled marginal mills, removing 1.7 million tonnes of capacity, while improving costs and balancing sales with production.”Source: The Canadian Press

PALO ALTO, CA — A research consortium to develop economic ethanol production from paper pulp is being launched. Sponsored by the French National Research Program for Bioenergy, Tembec R&D Kraft, INSA Toulouse’s Laboratory for Biotechnology & Bioprocessing, and the University of Bordeaux’s Pine Institute are all partners in the ?1.2 million project.

The objective of the program has a three-year time frame, to deliver a baseline study of the technical and economic results of a small pilot plant installed at a pulp mill, with a focus on waste minimization of the milling process.

“By the end of the three years, a company like Tembec could have a technology package that could go to a pulp and paper mill, the results will be able to be deployed in the entire pulp and paper industry,” Jack Huttner, VP of Commercial Development, Biorefineries of Genencor said, explaining the potential marketing advantage for the industry. “The emphasis is not so much on cost-savings, but on developing a high value product from your waste stream. It’s something additional that you can sell.”

Pulp and paper mills are expected to be among the first to apply the technology. As director general of Tembec SAS, Grard Bontemps explained that rapidly escalating energy prices are hurting the pulp and paper industry and eating away at its profits and it is these adverse industry trends that prompted the study. Bontemps confirmed there was a high level of demand for the research in Europe, where competition from Latin American facilities, the Euro, and exorbitant energy prices are combining to render business in the pulp and paper industry in Europe a serious challenge. “This is not a solution that will be able to be implemented tomorrow,” he said of the ongoing research. “But, we are looking for strong solutions, solutions for the long-term. We’re exploiting an opportunity.”

Huttner confirmed that the research is being conducted in France and partially in Wisconsin but the technology will be applicable to the industry on a worldwide basis. “While the partners themselves will decide where and how to market it, there is nothing to restrict the deployment of the technology geographically.”

Genencor is providing its biomass cellulases and application expertise to optimize the enzymatic hydrolysis of various pulp samples supplied by Tembec and the Pine Institute. Tembec will also analyze the economics to evaluate the system for commercial deployment by the pulp industry.

“This is an excellent project to establish the viability of an advanced cellulosic biorefinery for ethanol production,” said Huttner.