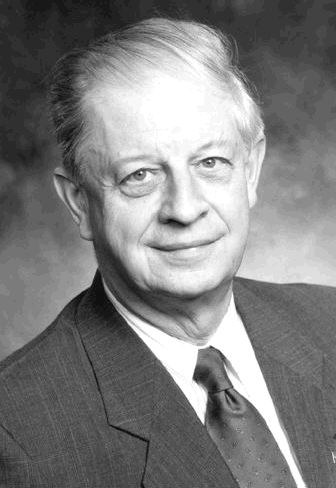 Under George Weiss’s watchful eye, Canada has maintained its leadership as chairman of an important ISO Technical Committee. Weiss’s determination and quiet diplomacy has ensured that Canada continues…

Under George Weiss’s watchful eye, Canada has maintained its leadership as chairman of an important ISO Technical Committee. Weiss’s determination and quiet diplomacy has ensured that Canada continues its reputation as a major player in the global pulp and paper industry. by Perry J. Greenbaum

If you have ever spent some time with George Weiss, you quickly come to the conclusion that he’s a man who understands the importance of dedicating himself to a task, keeping an eye on detail, and persevering till a result is achieved.

Such characteristics have served him well, notably in the area of diplomacy, ensuring that Canada maintains its international standing in the pulp and paper industry — a task that has not always been effortless, or without its difficulties. Since 1981 Canada has held the chairmanship of an important international industry committee, ISO/TC6, one of the more than 180 committees that serve the International Organization for Standardization in Geneva, Switzerland. As Weiss succinctly put it, “Having a Canadian chairman is a diplomatic honour and responsibility.”

True enough. One can argue that a large part of the credit, at least in the last eight years, can be attributed to Weiss’s determination and commitment, which combined to help protect Canada’s reputation as a pulp and paper powerhouse. The story is worth retelling in some detail.

After Weiss graduated from McGill University in 1960 with a bachelor’s degree in chemical engineering, he joined Abitibi Power and Paper Co. Ltd. (now Abitibi-Consolidated Inc.). He immediately started what would become an almost 40-year relationship with PAPTAC and its previous configuration, the Technical Section of the Canadian Pulp and Paper Association (CPPA). Weiss worked with many committees, including Process Control, Testing Methods and Physical and Chemical Standards, and Physical Standard Methods.

His interest in physical methods and standards peaked in 1988, when, as Weiss put it, “I became suspicious of something related to optical calibration.” In short, the technical problem centred on how mills and customers ought to interpret testing results. There was a decided lack of consistency between mills and customers, which affected paper quality. After touring some international laboratories with a ceramic tile, he presented his findings to an international audience. The end result was that Weiss gained an entre to the international arena. “That got me into the working group on Optical Properties for the ISO/T6 committee.”

At the end of 1993, Weiss retired from Abitibi. That didn’t translate, however, to a life of sloth or leisure. As Weiss, who is 67, recounted: “In late 1994, I was asked by Canada to become the chairman of ISO/TC6, for a three-year term that lasted three terms. The technical committee agreed, ISO in Geneva agreed, and here I am.” For his efforts, Weiss receives a small honorarium, less than $6,000 a year, which covers his office expenses.

Keeping it in Canada

Almost nine years later, he still remains its chairman. His last three-year appointment, however, was put in some doubt. Historically, the pulp and paper industry funds the activities of its ISO chairman. In Canada’s case, funding came from the Canadian Pulp and Paper Association (CPPA), the predecessor to Forest Products Association of Canada (FPAC). In 1999, Weiss had officially informed the CPPA that his term as chairman was coming to an end in December 2000, giving the industry lobby group, so to speak, a year to act.

Unfortunately CPPA split during that time into FPAC and PAPTAC, causing the renewal issue to fall between the cracks — without notice of any decision, positive or negative, being given to Weiss.

Since ISO received no renewal notice, ISO’s computer changed Weiss’s status to “interim chairman” for the balance of 2001. The same computer removed his name from the roster of ISO technical committee chairmen on January 1, 2002.

This caused Weiss to set a deadline of February 1, 2002, after the end of PAPTAC’s Annual Meeting in Montreal, to resolve the issue. Paprican saved the day, and came through on February 1. “Compliments go to Paprican,” Weiss said. “Their budget was cut by the industry, yet they absorbed my funding and my travels.”

How much money are we talking about? One could measure it as follows. “Per tonne of output, the cost to fund my work equals a tiny fraction of a cent,” Weiss pointed out.

While the chairman of an ISO technical committee, by its very nature, operates at an international level, managing the affairs of the entire committee forces the chairman to handle sensitive issues related to the development of standards with both impartiality and diplomacy. There are, however, advantages to the country (such as Canada) that holds the chairmanship: the chairman can keep a watchful eye on procedures that could develop into potential trade barriers, and, accordingly, alert the industry about it. Furthermore, a chairman not only can ensure, to a certain degree, that the agenda for a meeting is fair and equitable to all delegates, but can also introduce topics for possible action, subject to approval by the participants.

Weiss speaks admirably about Paprican. It is clear in his mind what would have happened if Paprican hadn’t saved the day. “The Canadian industry would have had to send a message to the world that it either doesn’t value the work performed by the chairman of ISO/TC6, or it doesn’t have the funds,” Weiss said, adding that both are false premises.

So, what does the ISO/TC6 committee do? In short, it updates and develops standards for testing procedure that are used by mills and customers worldwide. That sets it apart from other similar-type organizations, Weiss points out. “We don’t do market research. We don’t do production. We don’t set quality specs. We set test procedures.”

Such speaks of a commitment to quality. “We want to ensure that a paper test performed in Canada and, say, in Europe is done in the same way,” Weiss said. The importance of testing cannot be overemphasized. “If you don’t give any credence to testing, then you’re wasting your time,” he pointed out. “Mills have to test properly according to the latest and best standards, if only because customers want to know that what they’re getting meets their specs. Testing is important for the marketplace.”

Admittedly, there are some standards that haven’t changed in decades, yet new ones are coming on-line, notably ones related to environmental regulations. Equally important, the use of recycled fibre in papermaking has pushed the need for sophisticated and accurate testing procedures to gauge whether the furnish that mills use can make quality paper products. Customers and their consumers are pushing the envelope in their expectations of quality.

Weiss, who has acted as a consultant, has often visited mills and customers on both sides of the Atlantic. What he saw sometimes made him think he was back 40 years, so old are their testing conditions or equipment. “There are good laboratories and there are bad laboratories on both sides of the Atlantic,” he said. One major publisher in one country that he visited wanted to start up a piece of testing equipment dating to the 1960s. “I told them that someone had sold them a museum piece,” he explained.

Old habits die hard, reflecting human nature. People are reluctant to change the way they do things, often even in the face of evidence. Weiss says that such inertia is sadly all too common in the pulp and paper industry. As to the future, Weiss would like to see mills employ more on-line testing. “It’s the way of the future,” he said.

Without a doubt, Weiss is passionate about testing procedures. Still he has other interests, such as travelling and viewing other cultures. For example, he’s been to China three times since 1995: once for an ISO/TC6 meeting, and once as a consultant to give a course on quality management. Although he has yet to visit a paper mill there, he has returned as a tourist with some impressions on China’s relation to work. “The Chinese ar
e building and planting trees like there’s no tomorrow,” he said. “It’s unbelievable how they’re always moving. Everyone is hustling, even the poorest person.”

Weiss has worked hard to maintain Canada’s good international reputation. However, Weiss doesn’t plan to seek another mandate when his term expires in December 2003. When that takes place, the Canadian pulp and paper industry will face an important decision. As Weiss put it, “Find another chairman, or give it up and inform the world.” In his heart, he hopes that the Canadian industry will make the right choice.

George Weiss graduated from McGill University with a BEng in chemical engineering in 1960. He worked 33 years for Abitibi Power and Paper Co. Ltd. (now called Abitibi-Consolidated Inc.), including 19 years at paper mills in Beaupr, QC, and Pine Falls, MB, in the areas of process and quality control and production management. In the last 14 years, he worked at Toronto’s corporate office as director of quality, corporate standardization. He retired in 1993.

During his tenure, he published two papers on the mathematical relationship between colour and brightness, and one on ISO 9000, a quality management standard, in co-operation with PAPTAC.

Equally important, he has served on numerous other international committees, including as the only non-European member of the IFRA Newsprint Committee of Darmstadt, Germany, from 1990-1993; member of TAPPI; and member of American Society for Quality (ASQ).

Weiss was elected in late 1994 as chairman of ISO/TC6. He headed the meetings in Beijing in 1995, Cape Town in 1997, Helsinki in 1999, Whistler in 2001 and Paris in 2002. His term as chairman ends in December 2003. As chairman of ISO/TC6 he initiated the printing of the second edition of the Handbook of ISO standards on paperboard and pulp testing in 1997, followed by a CD-ROM. He is set to have the third edition of the handbook, together with a CD-ROM, published in 2003.

Weiss remains active in the industry, continuing to give a course on paper testing to PAPTAC’s Tech 2002 program.

The structure of ISO’s TC6

ISO, which has its headquarters in Geneva, was established in 1947. It has three official languages: English, French and Russian (“Remember, in 1947 the Soviet Union was a major player,” Weiss pointed out.) TC6 was one of the first committees established, a testament to the importance of the global pulp and paper industry.

Here’s how it generally operates: Each developed nation takes responsibility for a number of the 180+ technical committees, which translates to taking on the role of chairman and secretary. Below the committee section resides subcommittees and working groups.

There are two subcommittees under TC6, whose chairmanships are held by two Nordic nations: SC2 (Paper) by Sweden and SC5 (Pulp) by Finland (It is worth noting that SC3 and SC4 really never got off the ground, and were disbanded). TC6 and the SCs are supported by working groups (WGs) dealing with specific issues. WGs consist of experts nominated by countries that are members of ISO. That’s essentially the hierarchy.

For many years, France’s AFNOR (Association franaise de normalisation) held the chairmanship of TC6. In 1981, however, Canada took on the responsibility. As Weiss put it, the importance of chairman is quiet diplomacy. “I try to smoke out and solve problems before they occur.”

Meetings are held every 18 months, and last one week. The next meeting is scheduled for Tokyo, Japan, in November 2003.