News
IT Commoditization: Implications for the New Wave of Software Outsourcing 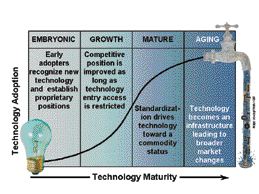 IT has finished the build-out phase and is becoming a commodity. Colorful historical parallels have been drawn with the advent of the steam engine, the electric generator, the telegraph and the gas en…

IT has finished the build-out phase and is becoming a commodity. Colorful historical parallels have been drawn with the advent of the steam engine, the electric generator, the telegraph and the gas engine. Major IT providers are now looking at IT utility business models whereby the consumer rents software or IT solutions rather than buying packaged systems or developing proprietary in-house solutions.

The key message for executives is that IT should be viewed in the same vein as other purchased services and supplies and not as a core competence critical to strategic success.

Last year in a Harvard Business Review paper, Nicholas Carr created a stir with his provocative title “IT Doesn’t Matter” (he has since produced a follow-up book, “Does IT Matter?”)]. IT professionals protested. Many CTOs protected their turf with counter-arguments that IT matters a great deal and that IT budgets would be growing by 7% in 2005 (The Economist, April 2004). If nothing else, Carr certainly succeeded in stirring a pot that has encouraged a deeper scrutiny of his arguments.

Early innovators such as American Airlines (Sabre reservation system), Dell, Federal Express, e-Bay and Wal-Mart recognized proprietary IT as a core business opportunity and a competitive advantage; they were at the beginning of the classic technology S-curve (see figure). However, we are now past the tipping point and approaching the mature and aging part of the S-curve. As Bill Joy, CEO of Sun Microsystems observed, “Business has already bought most of the IT stuff they want to own.” IT has moved from a differentiating to an infrastructure technology and opportunities for proprietary advantage are fast disappearing. Proprietary IT is becoming obsolete and the accelerating speed of change is making its maintenance ever-more difficult and costly in a relentless cost minimizing business environment — unless of course IT is your core business. IBM, Microsoft, Sun Microsystems and others are trying to reposition themselves as IT utilities and even these giants are outsourcing to lower cost IT suppliers in India, China, Russia and South America. We are also observing the emergence of a new forward S-curve focused on IT simplicity (The Economist, October 2004). IT is a transport infrastructure technology, which is more valuable when shared — railways, telephones, airlines all began life as proprietary technology systems. While they are now infrastructure technologies, technology development still remains very active but within a different context. Carr’s message is that when a resource becomes freely available and is essential to competition, but inconsequential to strategy, then the risks it creates become more important than the advantages it provides. Put another way, executives should worry more about what may go wrong with their IT-focused investment and more about cleaning up waste and sloppiness (Carr’s words). In the early 20th century companies had a VP of electricity — the rough equivalent to today’s chief technology or chief information officers. A survey of 7,500 large US companies in 2002 has shown that the top performers spent an average of 0.8% of their revenues on IT, compared to the industry average of 3.7%. However, some in our sector have bucked this trend with successful investment in IT (Pulp & Paper July 2004).

According to Carr there are three new rules for IT management: spend less; follow, don’t lead; focus on vulnerabilities, not opportunities. Technology does matter — but only as one part of the larger company vision. IT as defined by storage and transport systems is becoming a commodity with a growing trend to outsourcing. For most of us not in the IT supply business, technology or innovation strategy will be the key to competitiveness, not the technology itself. Going back to a current business transformation parallel, “Most people shouldn’t build their own airplanes. They shouldn’t even own them; in fact they shouldn’t even rent them; what they should do is rent a seat on one.” – Greg Papadopoulos, CTO Sun Microsystems. Is there a parallel with paper machines and paper-making?

Alan Procter is a senior consultant working with organizations to unlock status quo thinking. He can be reached through www.alanprocter.com