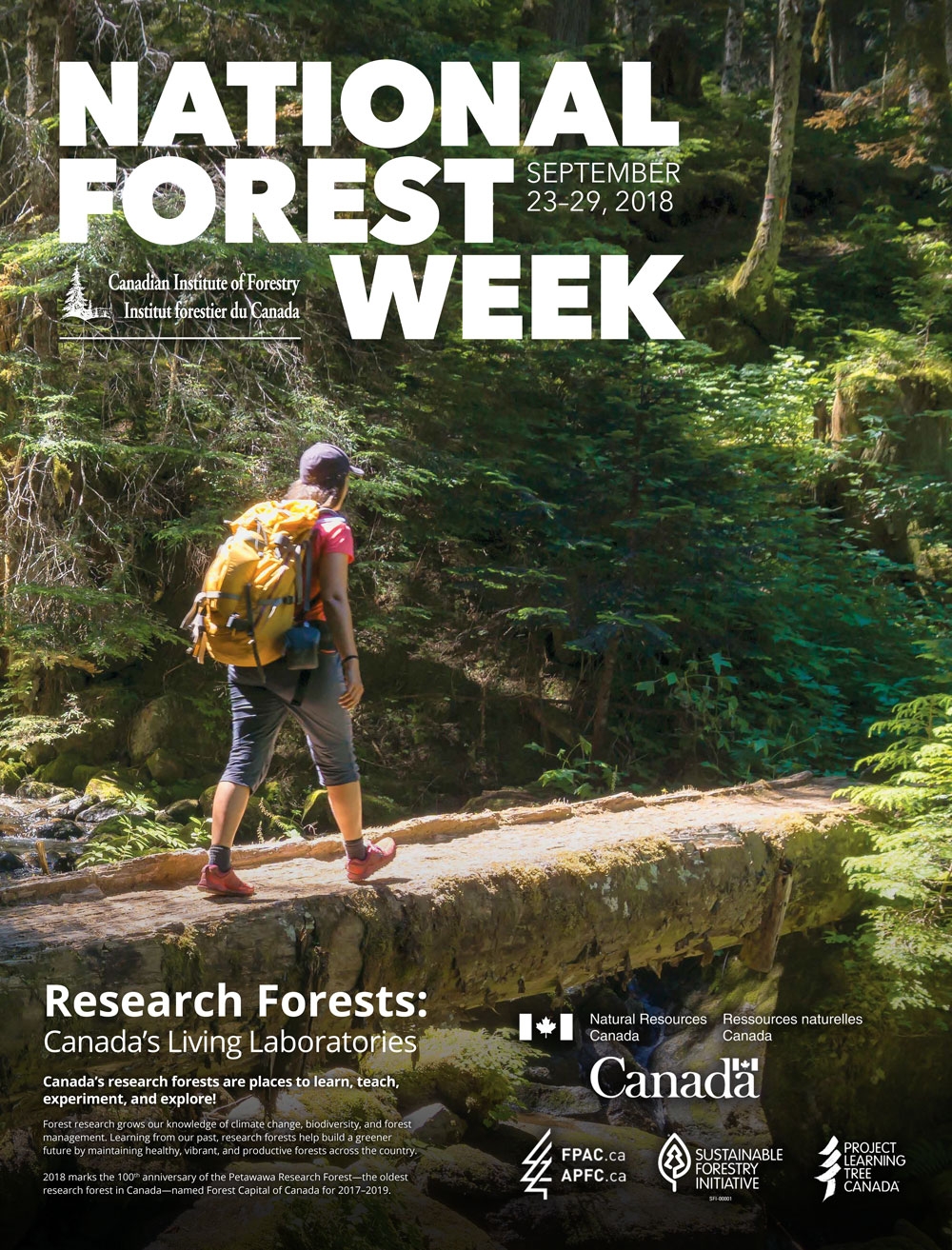 September 26, 2018 – National Forest Week is on now and is a great time to recognize the role forests play in our lives, whether directly to the pulp and paper industry or on a broader scale.

The awareness week promoted by the Canadian Institute of Forestry began on Sept. 23 and runs until Sept. 29. National Forest Week was established in 1967 and includes the human and environmental aspects of Canada’s forest resources. According to the Canadian Institute of Forestry, although special activities are promoted across Canada, National Forest Week remains first and foremost a challenge to individual Canadians to learn more about their forest heritage and support greater recognition of the resource.

The institute suggests activities as simple as taking a walk through your nearest forest or caring for a new or neglected tree, to touring a forest sectory industry site or planting a tree through Tree Canada.

The theme for 2018 is “Research Forests: Canada’s Living Laboratories,” which recognizes 2018 as the 100th anniversary of the Petawawa Research Forest, which is not only the oldest research forest in Canada but was also named Forest Capital of Canada for 2017-2019.

Canada contains nine per cent of the world’s forest over 347 million hectares. The Forest Products Association of Canada (FPAC) reports that the forestry industry represents 230,000 across the country.

FPAC also notes that Canada’s forest sustainability is paramount, with a harvest rate of less than 0.5 per cent of the country’s harvestable forests. Canadians also plant more than 1,000 trees every minute – or more than 500 million trees per year.