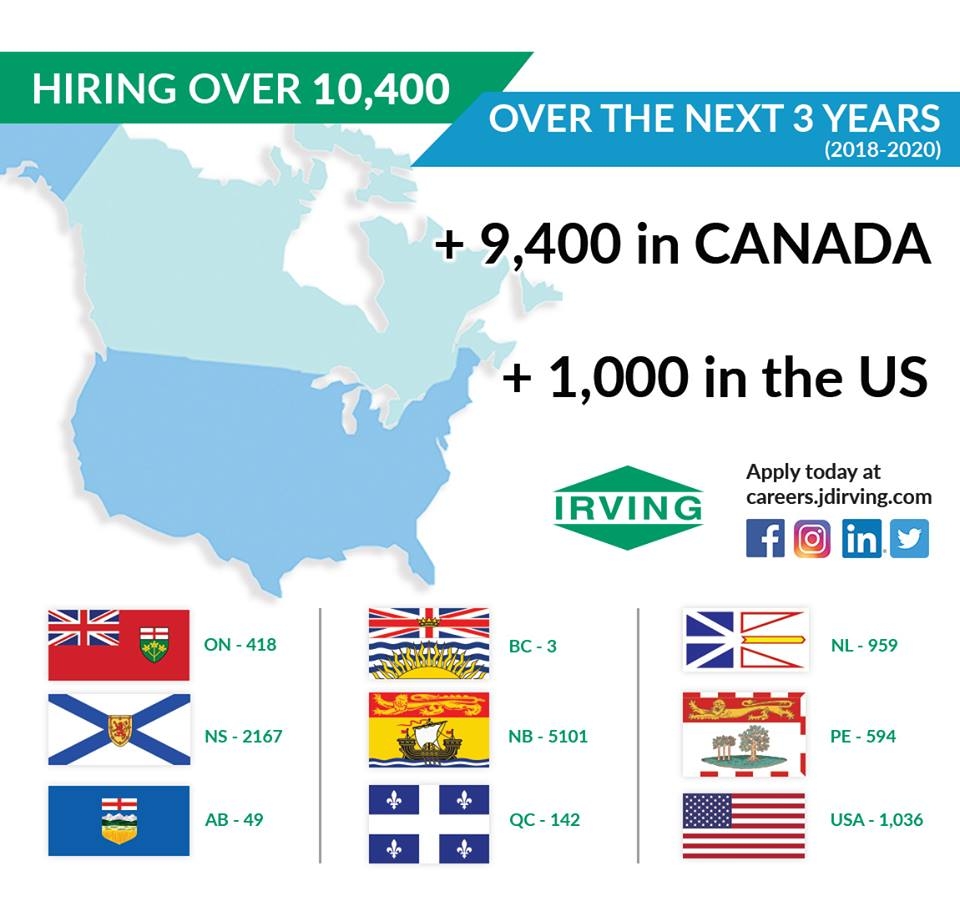 Jan. 30, 2018 – J.D. Irving says it will need to hire people to fill 1,510 new jobs in Canada and 190 in the United States over the next three years, saying its hiring plans include finding people to help build ships in Atlantic Canada for the Canadian navy and to staff a $400-million tissue plant in Macon, Ga.

Over the next three years, JDI forecasts hiring over 600 skilled trades roles across all divisions. Eighty-three per cent of these skilled trades jobs are in Atlantic Canada. The remaining 17 per cent are in Canada (Ontario and Alberta) and the United States (Maine, North Dakota, New York and Georgia).

Across the organization, the areas with the highest number of job opportunities include operations, shipping, supply & logistics, retail sales, and finance.

The three-year forecast is a result of anticipated retirements, business growth, and normal workforce turnover, says the Saint John-based conglomerate company, adding that 2,558 students are also included in the three-year hiring forecast total.

— With files from The Canadian Press