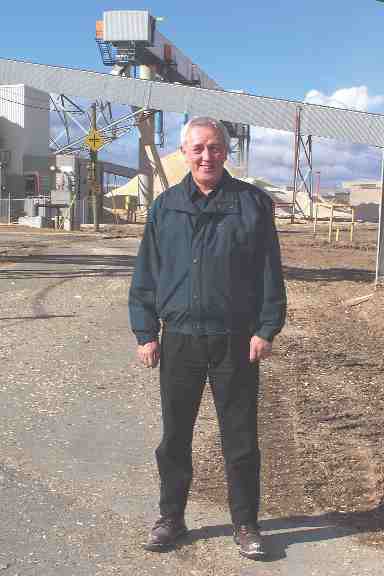 Kraft pulp manufacturing contributes several billion dollars annually to our Canadian economy, making it a significant component of our No.1 resource-based industry. Kraft pulping evolved from soda pulping, zerosulphidity kraft, in Germany in the 1880s. The first installation in Canada was in East Angus, QC, in 1908. Since that time, it has evolved from a source of strength-enhancing, on-site chemical fibre to a major export commodity.

Early days of the industry

These all employed the new generation of black liquor recovery technology, the Tomlinson recovery boiler, in which the heat recovery steam generator is mounted on top of the smelter reactor to avoid the ducting requirements. This minimized the building footprint, making the recovery boiler a dominating feature of the mill skyline. With the exceptions of Hinton, Jonquire and Castlegar, however, all employed batch digesters although advances were made in capacity, up to 3,000-5,000 cubic feet and indirect liquor heating.

Growth of the Industry

The industry evolved to an ultimate near-standard 6,500 cubic feet, producing 100 tonnes/day each. This corresponds to a vessel 13′-3″ diametre and 57′-0″ long flange to flange which can be fully shop fabricated and shipped by flat-bed rail car to anywhere in the North American railway network.

Continuous digester technology began to dominate Canadian installations within a few years of Kamyr technology first reaching Canada. The only kraft batch digester installations in Canada in the last four decades have been at Kamloops (1964), Chaleurs (1965), Nackawic and The Pas (1970), Fort Frances (1971) and Skeena B (1978).

Canada’s first two Kamyr installations, Hinton (1957) and Castlegar (1961) both installed sets of twin 250 tonne per day digesters. Since then, single standalone units became standard, although Prince George installed twin 400 t/d units in 1966, one for the sack paper line and one for market pulp. Skeena in 1966 also installed twin 480 t/d units to cautiously avoid having the world’s largest.

There are five Kamyr sawdust digesters in Canada, at Powell River (1967), Howe Sound (1975), Crofton (1975) and two at La Tuque, (1968) and (1971). They look generally like hydraulic chip digesters, oriented vertically, with a height-to-diametre ratio of about 10, but smaller. They operate in vapour-phase mode with mechanical conveying of chips to the top inlet with feed through a rotary pressure lock called the asthma feeder. Their success on sawdust has been limited and there has not been an installation in Canada for 30 years.

The Messing-Durkee digester technology was initially developed by Bauer Brothers Company in the late 1950s. Higher temperature-pressure and higher alkali wood charge make the M & D a high-intensity cooking machine. Volumetric productivity is four to five times that of a Kamyr or batch system: ~60 tpd per 1,000 ft3 compared to ~15 tpd per 1,000 ft3. They are mounted at a 45 angle to permit the trademark internal submergence-decantation conveyor to work. There have been seven M & D digesters installed in Canada on kraft sawdust applications. Campbell River, (1968, 1987 and 1996); Kamloops, twin units (1972), replaced in kind in 2003, Eurocan (1971) an Enso-built Finnish unit and Mackenzie (1996).

With the notable exceptions such as Marathon and Terrace Bay #2 with two different approaches to upflow-downflow, virtually all chlorination towers have been upflow design, with a variety of devices, evolving from full height multilevel paddle agitators, to scraper rake to tangential top circulators, to assist uniform top discharge.

Nearly all caustic extraction towers have been downflow, although an evolution was apparent from the 1940s vintage rake and screw discharge to external dump chest, to the 1955 era tangential dilution and reverse tangential circulation, to the 1975 vintage horseshoe bottom fillet with single dilution nozzle and single agitator. After reliable thick stock pumps appeared in 1965, there was a trend away from the repulper gravity feed into the tower top being replaced by a pump-up from ground-floor elevation.

The earliest bleach plants using chlorine dioxide were often retrofits or at least using downflow chlorine dioxide bleaching towers. Upflow towers, a new design that appeared in about 1955 ensured the pulp stream had adequate back-pressure to hold the reagent in solution until exhaustion, minimizing escape to atmosphere. Upflow towers performed admirably at suppressing the flash-off of chlorine dioxide, but they did nothing for in-process surge capacity, something valued in our industry because it contributes to operational reliability. The last of this type was installed at Gold River (1967).

The compromise was the upflow-downflow or J-tube reactor tower that was introduced in about 1960. With 20% of its volume in the upflow leg, it suppresses gas-off, but with 80% in the downflow vessel, it allows surging for improved availability.

Washing employed vacuum drum filters up until about 1990, when newer generation units appeared. Dimensions were typically, 8′-0″, 9′-6″, 11′-6″ and 13′-6″ diametres and lengths in 2-foot increments from 12′-0″ up to 30′-0″. A number of suppliers were active in the business, the three most prevalent being Ingersoll-Rand’s Impco Division, (previously Sherbrooke Machinery), Dorr-Oliver and Canron.

Dorr-Oliver, although a major force in supply of brown stock washers and screening system deckers, did not supply many bleach plant washer systems, Skeena B being an exception. Canron supplied a number of lines including Newcastle, Irving, Prince George and Cariboo from 1965 to 1972, but none thereafter. Impco with their conical valve and later circumferential valve drainage internals and the evolution to the corudek design dominated bleach plant washer business from 1955 to 1990. Ultimately, in a case of rationalizing an over-saturated supply sector, Groupe Laperriere & Verrault Inc. (GL&V) now owns Impco, Dorr-Oliver and Canron.

Virtually all commercial scale chlorine dioxide systems have employed concentrated sulphuric acid to provide the required low pH. The first-generation of systems widely used in Canada, Mathieson and R2, used air for agitation of the reactor and for dilution of the chlorine dioxide gas below the explosive limit. These processes discharged a liquid by-product stream that was highly acidic and rich in sodium and sulphur compounds, making it useful as a makeup stream to the pulping liquor cycle.

To eliminate the significant acidic liquid stream which required neutralization, a number of companies, including Hooker Chemical, Erco Industries and Anglo Paper Products began to work on alternatives. The answer was vacuum crystallization and the new generation of generator crystallizer processes emerged. They employed sodium chloride reduction chemistry, the R2 reaction in vacuum-crystallizer technology. Erco called this configuration R3 and Hooker called it the SVP. These produced a chlorine water stream in a second tower in the absorption system that could be used in the first stage. This by-product significantly reduced the amount of chlorine gas that had to be purchased, by about 30%.

But this still posed an environmental liability during the demand of the early 1990s for pulp bleached without the use of chlorine gas. As the capacity of these generator-crystallizer systems grew, the byproduct sodium-sulphur makeup stream exceeded the sulphur requirements of the pulping cycle.

The next era of generation processes required minimizing the amount of sulphur in the byproduct stream. Solvay methanol chemistry made a comeback in the vacuum-crystallization technology era. Erco’s R8 system and Eka Chemicals’ SVP Lite both operate on the basis of the methanol reduction chemistry. Further process concepts have grown from these for specific applications but the Erco R8 and Eka SVP-Lite process can be considered the mainstream base cases for now.

The basic elements of recovery boiler design have changed very little over the past 75 years. Certainly capacities have increased almost by a factor of 20, from 0.50 million pounds of solids per day in 1945 to nearly 10.0 million, and more in 2005. The basic design concept of a steam generating heat recovery unit mounted atop a tall tower combustion chamber remains as developed about 1930.

Two North American suppliers of recovery boilers dominated the market in Canada up until 1998: Babcock & Wilcox and Combustion Engineering, who had shared the business equally over the previous five decades. Three European companies, Gotaverken of Sweden and Tampella and Ahlstrom, both Finnish, essentially shared the business in Europe and in the developing regions of the industry: Brazil, Indonesia and Chile.

The move from “conventional” to “low-odour” technology occurred in 1972-73 in Canada. The first generation of concentrator technology featured an additional long-tube evaporator body in the evaporator train, downstream of the first effect on liquor and using live steam in the steam chest with vapours exhausted to the multiple-effect train, as far upstream as possible. The exact point of admission being optimum from a balance of capital cost and operating cost. Tube-scaling was inhibited by increased liquor velocities in the tubes developed by external recirculation, internal multiple passes or some combination of the two.

A number of different configurations were tried in Canadian mills. From an energy economy standpoint, the best arrangement was a double-effect concentrator with the second effect vapours vented into the evaporator train or to a double-effect pre-evaporator.

Times have changed in the boiler supply sector. Of the original big five, only Babcock & Wilcox remains in operation under the same name. Combustion Engineering was acquired, in 1989 by Asea Brown Boveri who decided in early 1998 that there was simply not enough future business volume to support the number of companies building new recovery boilers. They exited the business as they began the transition from equipment manufacturer to service provider. That did not leave the North American business strictly to B & W however, as the European encroachment had begun.

Gotaverken is the largest on this continent, and the first in Canada was a 5.75 million unit at Castlegar, that had started up in 1992. The Norwegian company Kvaerner acquired Gotaverken in 1992 and subsequent Gotaverken-design recovery boilers carry the Kvaerner nameplate. Kvaerner acquired Tampella Power in 1997 and proceeded to merge Tampella and Gotaverken. A new generation Kvaerner unit, largely of Tampella design, rated at 3.70 capacity started up in 2003 at Weyerhaeuser Company in Dryden, ON; another is now under construction at Grande Prairie, AB.

Ahlstrom had been the other Finnish company in the business. Then in 2000, it was acquired by the Austrian company Andritz and their first North American installation under Andritz ownership was a 3.50 million pound boiler at Bowater in Thunder Bay, ON.

Kraft pulp manufacturing is one of the most broadly based of all of our resource industries, active in eight of the ten provinces because the forest regions are also well distributed across Canada.

We are fast approaching a century of Canadian experience with this dominant chemical pulping process. Since that time, it has evolved from a source of strength enhancing on-site chemical fibre to a major export commodity. Technological evolution in cooking, bleaching and black liquor recovery has led the advancement of the industry over its first century.