News
Lemaire hands over the reins at Cascades 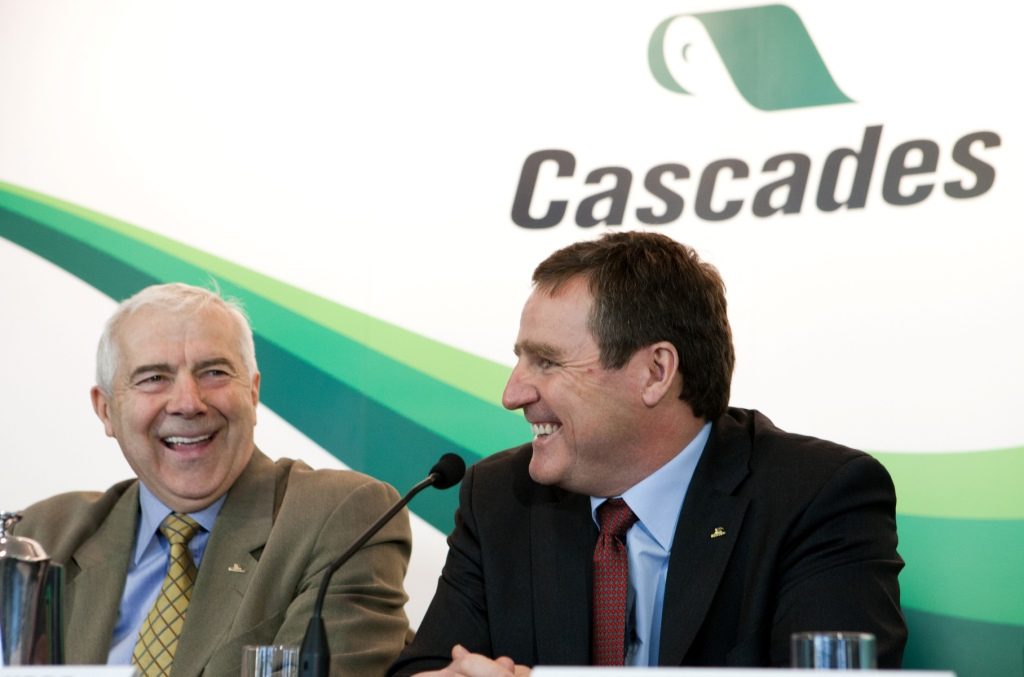 Alain Lemaire has announced that he will be passing the position of president and CEO of Cascades to Mario Plourde, now chief operating officer of the company. The transfer will take place on May 9.

Alain Lemaire has announced that he will be passing the position of president and CEO of Cascades to Mario Plourde, now chief operating officer of the company. The transfer will take place on May 9.

Alain Lemaire made the announcement at a press conference in the in the company of his brothers Bernard and Laurent Lemaire. He stated that he will continue to serve as Chairman of the Board of Directors, and that Bernard and Laurent will also remain active, continuing to serve on the Board of Directors and the Executive Committee, and participating in the company’s strategic planning.

“Of course, I will continue to support Mario in his daily activities, and I also intend to remain involved with the company, returning to my original passion by putting my technical skills to use in the various groups,” said Alain Lemaire.

Plourde’s two-year transition to the CEO position began in 2011, when he was promoted to the position of chief operating officer. “He belongs to the new generation of competent and dedicated leaders at Cascades, and he is a true believer in our values. After nearly 10 years at the head of the company, my brothers and I feel it is time to pass on the torch and make room for the younger generation,” said Alain Lemaire.

“It is a real honour to take over the reins of the company they have built with their own hands, and that has become one of the most admired businesses in the province,” said Plourde. “I want Cascades employees to know that they can count on me to be there, and that I am fully committed and dedicated to the company. In these challenging economic times, it is more important than ever to remain unified, stay the course and build an increasingly efficient business,” added Plourde.

Since his arrival at Cascades in 1985, Plourde has occupied various positions including controller, plant manager and general manager. In 1997, he was appointed president and chief operating officer of the Specialty Products Group, and was president of this group from 2000 to 2010.