News
MANAGEMENT: The Paper Industry: Can It Change to Survive and Prosper? 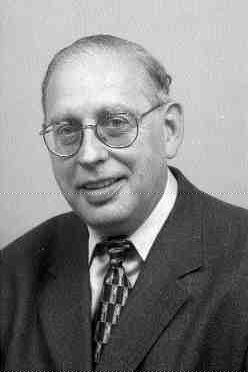 “It is not the strongest of the species that survives nor the most intelligent, it is the one that is the most adaptable to change.” Charles Darwin”Change does not necessarily assure progress, but pro…

“It is not the strongest of the species that survives nor the most intelligent, it is the one that is the most adaptable to change.” Charles Darwin

Dr. McNutt, executive director of the Center for Paper Business and Industry Studies based in Atlanta, GA, criticizes the industry for being mired in their way of thinking.

Monolithic, slow to change and under-performing are just some of the descriptions he uses to describe the state of the industry. This, he says, results in a focus on selling the things the industry wants to make instead of beginning to make the things the customer wants to buy. And if that is not enough, McNutt adds that “Leadership seems largely to lack adequate vision, innovative thinking and a good solid understanding about the character of value.”1

With an ever-growing world population signifying an ever-growing readership which, in turn, creates a rich demand for paper consumption, he sees no need for a stagnant growth pattern. He blames the current corporate culture for many of the problems facing the industry.

During a presentation made at Montreal’s cole Polytechnique in September, Dr. McNutt gave a brief history of several large corporations in other fields as examples, assessing why some were able to develop and prosper, while others were not.

One characteristic the successful companies all showed was a willingness to learn new techniques and to adapt their management to it. Novel techniques ranged from time-motion studies, which influence production lines, to a form of Keiretsu, which describes the principle of interlocking operating relationships between companies. But no matter what the innovation, the company had to learn to adapt itself to changing times and changing customers.

Dr. McNutt also maintains that industries which did not flourish in the past century “had their own unique technologies…[but] all failed to pay attention to other industries’ technologies.” To illustrate his idea, he gave the example of the inventions of the transistor and the fax machine. Both of these innovations were not recognized for their potential at first and rejected by companies too blinkered by their established paths of business.

Needless to say, both products were ultimately accepted and went on to create huge successes for other, more forward-thinking businesses.

The key here, McNutt explained, is to be open to linking of different industries. “Technologies likely to impact….business and industry the most are technologies outside [the] field.”

In the second half of the last century, the paper industry has experienced a massive wave of technological change that has transformed its basic operating and process management and control systems. But what is missing is the reinvention of the products themselves, i.e. as the customers’ needs change, so should the industry’s products.

Very important for success is a concept McNutt labelled as BHAGs.

Big Hairy Audacious Goals: While a strange-sounding title, pinpoints the drive for success. Over the past 100 years, companies that have succeeded in their sector and maintained excellence have been driven by a greatly ambitious goal. Examples of this are “landing a man on the moon in this decade” (NASA), “crushing Adidas” (Nike) and “become the company most known for changing the world-wide perception of the poor quality of Japanese products” (Sony).

There is no “one size fits all” approach. Each company or industry had to reinvent itself to follow its new goals. However, companies with these “BHAGs” have been 12 times more likely to have lasting successes since 1925.

Dr. McNutt , PhD, is the Executive Director of CPBIS, Center for Paper Business and Industry Studies, a joint venture between The Institute of Paper Science and Technology, the Georgia Institute of Technology, the Alfred P. Sloan Foundation, and the Pulp and Paper Industry.