The China question, price outlooks and where the hot opportunities lie 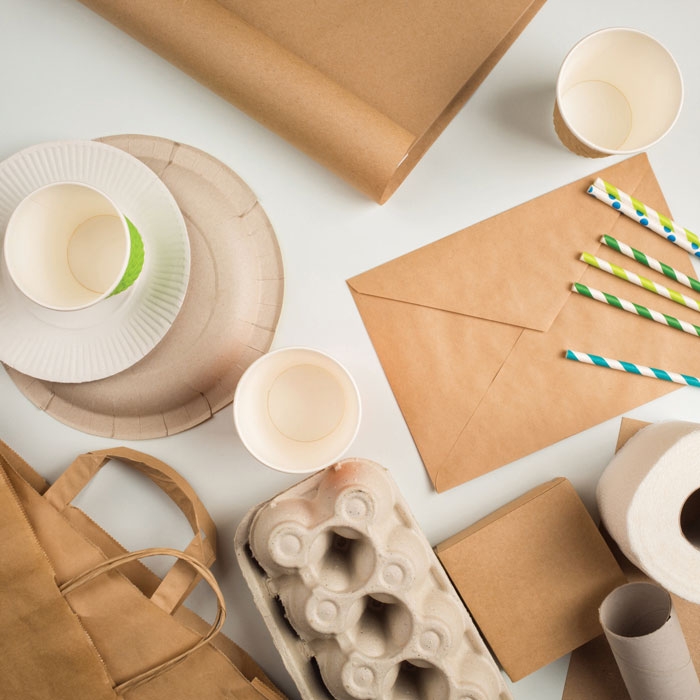 May 8, 2019 – As always, supply and demand of pulp, paper and cardboard products are in flux.

In pinning down current issues and future outlook, let’s first look at China. It’s anyone’s guess how China’s move in 2018 to restrict recovered paper imports will play out this year and next.

“China took 31 million tonnes in 2016 and it’s now down to about 16 million tonnes,” says Sanna Sosa, principal for North America at Pöyry, a consulting and engineering firm. “This caused a spike in the cost of recovered fibre in China and made it very challenging for North American collectors to stay in business. The Chinese containerboard industry has relied a third of their fibre needs on imported recovered fibre to manufacture 55 million tonnes of containerboard per year. Domestic collection needs to increase.

“The other options are to import finished containerboard from countries like the U.S. or Vietnam, import OCC (old corrugated cardboard) pulp, or import virgin fibre. Those options are expensive, even when compared to the costs of dealing with waste that’s in the imported recovered fibre.”

China, Sosa notes, is posting its slowest economic growth rate since 1990 (although it’s still at about 6.5 per cent), and fewer exports means there’s been a corresponding drop in demand for pulp and packaging, and their production. In North America, however, the ban has resulted in low costs of recovered fibre for domestic mills. “China doesn’t have trees, and we have been assuming that they will have to lift the partial ban,” says Sosa, “but the most recent news from China indicates there may be a total ban in 2020.”

Rod Fisher, president of Fisher International consulting firm and creator of the FisherSolve Next business intelligence platform for the paper industry, notes that smaller pulp producers are being disadvantaged by China’s stance, leading to lower environmental impact and industry consolidation. “Major producers also made more money,” he adds, “when restrictions drove up the price of linerboard.” Fisher predicts that China will keep restrictions in place, but regulate them to allow in the “right amount” of OCC.

In terms of pulp prices, the economic slowdown in China (it buys 35 per cent of the world’s market pulp) has resulted in price drops of 25 per cent over the last three months, but that won’t last forever, says Brian McClay, president of the Montreal-based Brian McClay & Associates consultancy and chair of Trade Tree Online (TTO), a global pulp price indices provider and trading platform.

McClay says it’s “a big question” whether the slowdown in China will be temporary or longer lasting. He believes the answer depends largely on when and how the U.S.-China trade conflict is settled, because underlying demand for pulp and especially tissue products is strong in China and many other parts of the world – growing globally at about three and four per cent, respectively, per year. It’s interesting to note that in Quebec, KP Tissue and Kruger Products will begin construction this year on a $575-million state-of-the-art tissue plant in Sherbrooke. It will be operational by early 2021 and will produce about 70,000 tonnes per year of bathroom tissue and paper towels – all of it, says McClay, based on market pulp.

Going forward, global pulp demand will also be buoyed, in his view, because the rapid decades-long growth of paper recycling is now reaching its peak. “I think softwood pulp prices have already bottomed out in China but won’t get much positive traction until later this year,” he says. “But then, they should go up to record levels in 2020-21, as there is very little new pulp supply coming on stream globally before 2022 at least.”

In December, Moody’s Investor Service predicted that pulp prices would remain fairly stable in 2019. In Sosa’s view, higher pulp prices may become the new normal when demand once again outweighs supply, and pulp is a growing industry due to demand for tissue products. She says demand for softwood and especially bleached hardwood pulp is solid.

For his part, Fisher sees pulp prices in light of the market’s cycles, which are predictable with the right data. Many of pulp’s ups and downs are actually caused by inventory swings rather than just supply and demand changes, he says, as buyers speculate in prices and availability by building or drawing down inventories. As a result, prices can move counter to what supply and demand trends would suggest.

Product opportunities
Demand for certain paper products such as writing paper will continue to decline. McClay observes that global demand for newsprint dropped a “massive” eight per cent over the last year, “even with all the newspapers being sold due to Mr. Trump.”

Where then, does product opportunity lie? Most agree that it’s in the global trend away from plastic. “On the packaging side, over the past few months, the ‘plastic substitution wave’ has hit the shores of North America,” says Sosa. “A lot of the fast-food companies are now working to eliminate single-use products like straws, utensils, wrappers and Styrofoam cups.” This follows developments in Europe over the last few years that have included bans on plastic cups and plates, and Queen Elizabeth’s ban in early 2018 of plastic straws and bottles on all royal estates.

“There is huge opportunity for plastic substitution if the industry really acts on it,” says Sosa. “I would hope that companies are working with the big brands already. Fibre-based packaging has everything that the brands are looking for, but there is always a need for innovation – for light-weighting, in increasing the battery of properties that can be offered.”

Fisher agrees. He says new technologies are giving paper attributes such as greater stretch and strength, which will support fibre-based industries in replacing plastics.

“Innovation is never ending,” says Ian Lifshitz, vice-president of sustainability and stakeholder relations, Americas for Asia Pulp & Paper (APP). “We will continue to see paper manufacturers being challenged to develop solutions that meet the evolving marketplace.”

He says the rise of services such as Uber Eats and Grub Hub have made takeout more popular than ever with consumers, and that they are demanding more sustainable packaging. “Many are even willing to pay up to 10 per cent more” for sustainable packaging, he says. Any new solutions, however, must also maintain food quality. APP has developed a product line called Foopak Bio Natura, a fully compostable paperboard product that the company says replaces plastic, foam and PE-coated food packaging.

Mouldable/pressed pulp products are another example of industry innovation. These products range from deli food and takeout packaging to multi-cup carriers and grocery produce trays. “Rottneros in Sweden, with its new sustainable paper trays using BCTMP, is a really good example,” says McClay. “And soon straw-based pulp from a new mill [Columbia Pulp] in Washington State will be introduced into the molded pulp market along with wood pulp.”

Because the outlook for pulp remains fairly bright, McClay says there is a lot of potential to provide new life for Canadian pulp mills that are currently idle, such as the NBSK mills in Lebel-sur-Quevillon, Quebec and Prince Albert, Saskatchewan. And, he says, it’s important to remember that new pulp mills are much more than just pulp mills. “They are biorefineries, producing green chemicals and materials that can be used in textile production and more,” says McClay. “They are also increasingly being built with co-gen plants. For instance, Mercer International’s NBSK mill in Stendal, Germany produces enough green electricity to supply a city of 60,000. It’s a big revenue stream.”

Treena Hein is an award-winning science and tech writer based in Ontario.

This article originally appeared in the Spring 2019 issue of Pulp & Paper Canada.