News
Moving in a positive direction 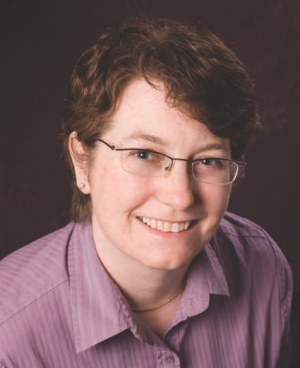 So much has happened in recent weeks. The industry is moving quickly, seeming to redirect its energies from reactive to proactive. Some new players are on the scene, but in other cases it’s the same p…

So much has happened in recent weeks. The industry is moving quickly, seeming to redirect its energies from reactive to proactive. Some new players are on the scene, but in other cases it’s the same players, shuffled around the board.

Fraser Papers is a case in point. On the one hand, its specialty papers business has been spun off and sold to its creditors. No significant changes have been announced, just a renegotiation of the union contracts. On the pulp side though, Fraser’s Thurso, Que. mill goes to new money, a Canadian company taking its first foray into manufacturing on home soil. Big changes are planned for the Thurso operation, transforming it into a specialty pulp operation (dissolving pulp) to enter the rayon market. Significant bucks will also be thrown at establishing electrical generating capacity based on biomass.

Speaking of biomass, there’s much activity on that front as well. Metso has thrown its hat into the ring, saying it will develop a biorefinery technology for pulp mills, in cooperation with Domtar and Stora Enso. This, for North American mills, is the first biorefinery option from a known quantity, a respected, long-standing industry supplier. In other biorefinery news, Lignol is forming partnerships to move its biofuel technology forward, and Nexterra has a biomass-to-syngas system operating in a B.C. mill. UBC, at its Vancouver campus, is going to heat with biomass, using Nexterra technology. Again, some new players, some old.

Stepping back from commercial activities to R&D topics, I extend congratulations to three Canadian scientists. Dr. Richard Kerekes and Dr. Patrice Mangin have been honored by TAPPI: Kerekes with the association’s highest honour, the Gunnar Nicholson Gold Medal, and Mangin with the distinction of being a TAPPI Fellow.

I had the pleasure of joining Kerekes and Mangin, and many of their students, for cocktails and dinner after the PAPTAC Annual Meeting. (See the photos on page 42.) Represented at the dinner were students from Spain, Iran, Nigeria, Finland, China, France, all seeking the chance to study with Canadian mentors.

Canada has a level of cooperation among its researchers that is unique in the world, says Kerekes. We now have 15 research bodies affiliated with our industry: seven pulp and paper centres, and eight networks. That gives us the combined brain power of 175 PhD students looking for ways to better understand our industry and move it forward.

Pushed by market forces, and pulled by the ideas of our research sector, the Canadian industry is moving toward the higher-value uses of wood fibre that will carry it successfully into the future.