News
Nanotechnology: It’s in your future 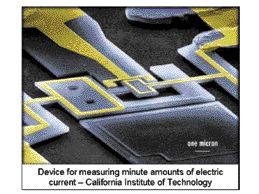 The tools we need for realizing the promise of nanotechnology are about to receive a big shot in the arm. Research funding from venture capitalists and visionary governments is beginning to unleash po…

The tools we need for realizing the promise of nanotechnology are about to receive a big shot in the arm. Research funding from venture capitalists and visionary governments is beginning to unleash potent competitive juices for a big revolution from very small technology [see Jack Uldrich, Futures Research, Spring 2002]. The implications for the pulp and paper industry are wide ranging and could touch everything from wet-end chemistry, fabrics, coating, roll cover materials, to adhesives, inks, pigments and printing. The result will be new capabilities to engineer “from the ground up,” a wider range of new products with new attributes.

The principle of nanotechnology is the manufacture of material from the molecular level up rather than the current paradigm of smashing and forming from the macro-scale down. There are a number of fast-developing nanotechnology tools from physical vapor synthesis to molecular beam epitaxy and supramolecular chemistry. Using such tools, developments such as household paint that repels dirt and never fades, hospital filters that detect diseases and frictionless bearings are all possible. The range of possibilities seems limited only by imagination and the pace of change is accelerating. For example, in the mid-1990’s it cost Nanophase Corporation $1000 to produce a single gram of nanoparticles. Today, the same product costs pennies and is being used in everything from odor-eating foot powders to autos and navy ships. Printing, sunscreens, photography, and catalytic conversion are just a few areas where nanotechnology is already present; stronger, lighter, more wear resistant and self-cleaning products are currently under development.

The impetus for rapid developments is now coming from increased attention from the venture capital markets, which have been looking for the next “big thing” after the dot-com era. Current rapid increases in military spending are a further driver for the development of new technological capabilities, especially in the new materials and security sectors.

There is a further push arising from the cross-fertilization of ideas. Nanotechnology does not fit neatly into one specific discipline and, as such, finds itself at the center of many areas of science, including chemistry, engineering, biology, materials science, physics and information sciences. This cross-disciplinary nature of nanotechnology research has brought together scientists and technologists, who would never before have connected with each other. This is resulting in an explosion of creativity. For example, biologists are helping material scientists understand how the simple abalone can take calcium carbonate [chalk] to make a shell that is hard as rock. In the pulp and paper sector, one can envisage roll cover materials that can change properties on-the-run; pigments that create new image effects — perhaps under different light conditions; paper and board with new combinations of mechanical properties; reversible adhesives; designer enzymes; electronic ink; printed batteries. What can you imagine?

Nanotechnology represents an open book on new ideas. Printing using nanotechnology could lead to new products that cannot be duplicated with electronic information imaging and display systems. There is heavy funding for nanotechnology research and aggressive pulp and paper organizations should be “plugged in” to capture new product opportunities that will certainly appear over the next few years. In addition to basic research at many major universities, groundbreaking research is underway at many corporations around the world, including IBM, Hewlett-Packard, Motorola, Lucent, DuPont, Eastman Kodak, 3M, Dow, Hitachi and Siemens. A number of paper companies and suppliers are also active in the field. Nanotechnology has the potential to transform whole industries and competition among the leading corporations is intense. As Harvard Professor George Whitesides notes: “It’s important to stay on top of the industry ….because if you bet wrong, you can be out of business in a very short time.” References: “Engines of Creation: The Coming Era of Nanotechnology” by K. Eric Drexler; “Nanotechnology” edited by B. C. Crandall, MIT Press; www.foresight.org; http://nanodot.org/; www.smalltimes.com; www.nano.gov.

Alan R. Procter is an international consultant helping organizations exploit the future in their business strategies. He can be reached through futureviews@alanprocter.com