News
Nanovation Invasion… How Real Is It? 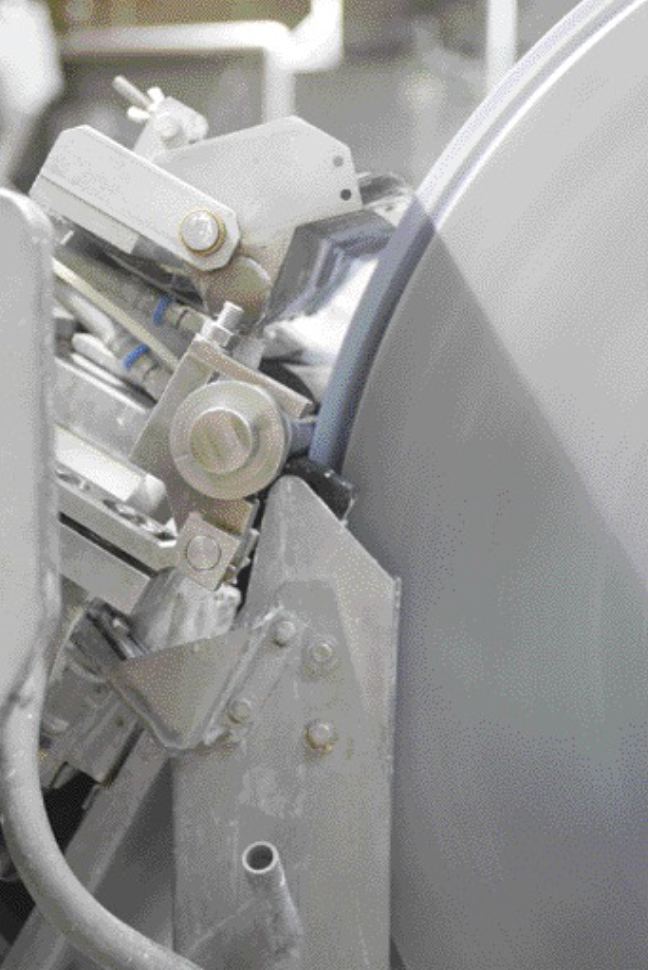 It should be said that NANO has become the new BUZZWORD

Now that a bestseller novel like Prey by Michael Crichton is featuring nanoparticles as a threat to civilization, it may be time to ask the question, “What are nanoparticles anyway? And how does this …

Now that a bestseller novel like Prey by Michael Crichton is featuring nanoparticles as a threat to civilization, it may be time to ask the question, “What are nanoparticles anyway? And how does this invisible world really relate to papermaking?

In the Crichton novel these particles evolve to take on intelligence, swarming in unison to simulate humans, and attack their prey.

While papermaking may seem boring to many, compared to this kind of science fiction scenario, oddly enough, there are real parallels to developments in nano-chemistry for papermaking.

In fact, over twenty years ago, the first nanoparticle system for better retention and drainage was introduced, which was designed to improve the formation of fibre, minerals and additives in a sheet of paper. While the result didn’t enter the realm of science fiction, it’s kind of amusing that the novel Prey was almost certainly printed on paper using nano-chemistry. Much of the paper made today, and components within paper, are structures built in a nano way.

The papermaking application of employing nanoparticle systems has evolved to become more of a “properties” management system during papermaking, and beyond the mill at converting operations and printers. For those less prone to hype and exaggeration, it should be said that nano has become the new buzzword, but a lot of the buzz is noteworthy.

According to Greg Bengtson, global leader of the Compozil System, Eka Chemicals, “papermakers are becoming their own breed of software designers, because they have the power to bring more value to traditional products. Advanced monitoring tools and measurement systems are helping deliver more precise results on the nano-level. More than even before, as nano-chemistry and understanding evolves, the wet end really is the runway for innovation. Now that coating continues to be on the rise for a wider range of grades, nano advances are also playing a critical role in that stage of the process.”

According to Brian Stevens, technical assistant to the papermill manager at Eurocan Pulp & Paper Co., silica nanoparticle technology, combined with anionic trash collectors (ATCs) help them meet the challenges of a competitive marketplace.

Says Stevens, “When a two-ply industrial sack can match the strength of a four-ply sack, that’s a real advantage. We have also designed in an open structure into our sheet, which allows customers to meet the cement sack-filling rates of modern high speed lines.”

Commenting on improvements in papermaking process performance, Stevens says, “The nano-chemistry really cleans up the whitewater. The retention system helps to produce a quality sheet, reducing defects considerably. When fewer fines are circulating, the effectiveness in the starch and other wet end additives is improved providing the strength and porosity our customers require.

“The ATC adjusts the pulp charge, and improves the operation of the twin roll press preparing the pulp for the high consistency refining.”

Stevens is quick to point out the high skill level of Eurocan’s papermaking team, and their applications know-how to deliver the specialized products that their customers need.

Frantschach Steti of the Czech Republic, also a sackkraft maker, wanted the process to run cleaner, and looked to silica nanoparticle technology for help.

According to Petr Jindra, a chemical engineer at Frantschach Steti, when their team chose a nanoparticle system as a means to help their process run cleaner, they discovered more than they expected. Says Jindra, “Nano-chemistry gave us the ability to see into the system, and to make other changes. In fact, we realized that our pulp was better than we thought, so we decreased refining, which effectively boosted our strength at no expense.”

As they consider their potential to make value-added grades of sack paper, where they can positively impact the converting operations of their customers, once again they are looking to nanoparticle technology.

Says Philip Hakansson, R & D manager with Stora Enso in Nymolla, Sweden, “We have been optimizing with nano-chemistry since the 80’s, and now, use the technology to continuously optimize our MultiCopy brand of universal office paper.”

When asked why nano-chemistry did not sweep across all grades sooner, Hakansson asserts, “Unless you are willing to take risks, or have a need to take risks, you can get stuck. We try to remain open to breakthrough concepts, and we have boosted our profitability substantially because of this philosophy.”

They are now exploring other advanced technology to minimize breaks, and improve paper properties, and will have something to report on by April of 2004.

Nano Finesse in the Coating

According to Tony Lyons, Imerys, director of research, Pigments for Paper, “Marrying up differently shaped pigments to gain synergistic performance through structuring of the coating is an exciting new frontier. Exploring multi-layer coating with distinct functionality designed into each layer is of great interest. These new nano-scale pigments build good bulk and light scatter in the various coating layers. One layer for coverage, another for print quality or even surface texture could become the norm.”

A key development in coating has been the on-line metered size press on paper machines, allowing the coating of sheets, which previously could not be coated.

Investment in this area is allowing producers like NorskeCanada at Port Alberni, BC, Kruger Wayagamack, Quebec and soon Gaspesia in Chandler, Quebec the potential to elevate wood-containing furnish to produce added value coated grades. The metered size press has caught on especially with supercalendered (SC) and lightweight coated (LWC) producers, looking to raise quality.

Daniel Archambault, general manager for Kruger, Wayagamack, notes that they started up their new paper machine in early November, and considers their film coater (metered size press) and on-line calendaring fundamental to their success with LWC.

Archambault says that over the past few years, many papermakers had the idea that a film coater produced inferior quality. As he puts it, “We have already demonstrated that we will deliver equal or superior quality compared with # 5’s.”

He sees their coating formulations, and the partnerships with the suppliers who provide the minerals and additives, to be closely linked to their progress to date and their long-term success. This partnership goes back to the early planning for the project, and included considerable pilot work in Canada and in Europe.

Archambault adds, “We have not fully optimized yet, so we will be modifying and improving our blend of GCC and clay.”

How Brazil Fits In

Says Martha Newall, manager Pacific NW with Imerys, “Consistently higher print gloss happens with Brazilian Capim clays, because they help create a porous coating layer designed to control and optimize ink set rates. If a papermaker can run at higher coating solids, not only do sheet properties tend to improve, but drying costs are reduced while machine speeds increase.”

Newall continues, “Now that shape engineered kaolins are being added to the formulator’s toolbox, it is possible to take advantage of synergies from differently shaped particles. The challenge, however, is understanding and pinpointing the exact ratio of co-ingredients to obtain the optimum rheology for each application.”

Much progress has been made with nano-engineering of the coating components, facilitated by latex binders. Latex nano structures are now commonly built to enhance various paper properties, such as stiffness and opacity for ULWC and LWC grades. Nano structure-based adhesives can deliver a higher strength paper coating surface to improve printability, especially when higher tack inks are used.

Fillers are yet another area where understanding the structure of paper on a nano-scale will improve performance.
While carbonate fillers have high light scatter and impart an attractive blue-white shade, they also create a very open structure. Lyons suggests that “For SC grades, this means poor rotogravure printability and for base papers, poor hold-out of the coating. Here again, the right kaolin of relativity high aspect ratio gives a balance of properties that the paper manufacturer will need to compete in the future.”

According to Gilles Dorris, group leader with Paprican, new neutral deinking chemistry shows promise to reduce stickies, which will help the effectiveness of nanoparticle systems employed in papermaking.

Says Dorris, “Fewer interferences at the wet end will help with quality, and efficiency.”

Already, it’s clear that papermakers will continue to rethink the design of the sheet, and the ratios and combination of various building blocks. Nano-technology developments in areas of fibre science, minerals and other additives will give papermakers the means to put order and structure into the designs of a sheet.

Special thanks to Jane Molony of Tappsa (the Technical Association of the Pulp and Paper Industry of South Africa) for suggesting the book Prey — a provocative and amusing page turner.

Martin Koepenick of Innova International has been writing about paper industry innovation for over 20 years. Innova provides creative concepts and global editorial programs to industry suppliers and producers. Contact him at brandsmiths@aol.com