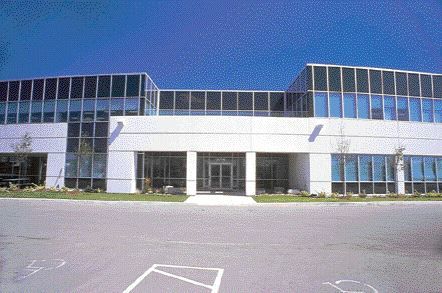 The Northern BC mill has a rated capacity of 160,000 tonnes per year but has been idled since April 2001. Tembec will spend approximately $20 million in process and equipment modifications and expects to restart the mill by January 2003. Employees have shown support by recently ratifying a new seven-year collective agreement.

GATINEAU, QC – The Bowater Canadian Forest Products Inc. mill in Gatineau, QC, has reached yet another milestone by celebrating its 75th anniversary in 2002.

All throughout the year, celebrations were held which included a fireworks display to the joy of mill employees and their families. Special gifts like the book Courage and Pride, by Mireille Hardy, were distributed amongst all employees and retirees during a day of recognition for the mill pioneers. The book is an overview of Bowater’s fruitful 75 years in the industry.

The newsprint mill started its operations in April 1927.

TEMISCAMING, QC – Tembec is reopening its Value Added Centre located in Cranbrook, BC. The centre was temporarily closed a year ago as a result of the U.S. imposed penalties on softwood lumber. It will employ directly up to 41 people. It will also create indirect jobs in transportation.

LAROUCHE, QC – Abitibi-Consolidated Inc. and Louisiana-Pacific Canada Ltd. created a joint venture that will see the emergence of a new mill that produces I-joists, used mainly in woodwork in residential and commercial floor construction.

The new mill will be located in Larouche, QC, in the Lac Saint-Jean region and will be adjacent to the former CFL Structure Inc. mill. It will have an annual production capacity of 70 million linear feet and will begin operations in early 2003, creating 70 new jobs that can go up to 100 once the plant is operating at full capacity.

Both companies will each own 50% of the joint venture and invest a total of $15 million.

The assets are located in a plant presently operated by Boise in Spokane, WA. Cascades will decide in the upcoming months whether to operate its new equipment from Spokane or relocate it. In the meantime, Cascades Enviropac will supply existing customers from their facilities in Toronto, ON, and Berthierville, QC.

This adds to other significant investments made this year at the Cascades Enviropac Toronto plant, including the installation of an additional panel line and a core machine.

EDMONTON, AB – The Alberta Research Council Inc. and the German-based Natural Fibre Association Brandenburg has signed a memorandum of understanding to exploit the industrial uses of alternative fibres. These include hemp, flax and straw, which can be used to produce products like paper, fibreboard, etc.

Through the partnership, ARC hopes to transfer German technology for bast fibre crop production and processing to Canada.

Job cuts are expected, as the paper maker plans to eliminate 250 to 300 jobs, or about 3% of its work force. The company will attempt to lower manufacturing costs as part of an effort to save an estimated $75 million.

VAUGHAN, ON — Norampac’s new $55 million Vaughan corrugated box plant has officially opened, making it the largest of its kind in Canada.

The new plant is located within a mile of highways 400 and 407 on the main CN rail marshalling yard. This significantly improves Norampac’s delivery times for its customers throughout Ontario, Quebec and the Northern U.S.

The heart of the new plant is a 110-inch corrugating machine, the largest in North America, which produces a high quality board. The corrugator system utilizes new pressure system technology that eliminates pressure lines, providing optimum board strength and superior printing surfaces.

New converting and printing equipment, along with an extensive conveyor system make this plant one of the most highly automated in the industry and enables Norampac to deliver top quality product without internal handling damage.

MONTREAL, QC – North American demand for printing and writing papers increased 1.6% year-over-year in August 2002. According to The Pulp and Paper Products Council. Production increased 3.1%, total shipments to North America and overseas rose 1.6%. As a result, the operating rate, measured by the shipment-to-capacity ration, was 90%, the highest rate of utilization since the beginning of the year.

The investment comes after the company has decided to permanently shut down its oldest production machine, PM1, affecting 38 jobs.

KINGSEY FALLS, QC – Cascades Inc. has concluded an agreement with Rock-Tenn Recycling Company, by which it purchases a wastepaper recovery plant, all associated collection contracts and other assets.

The Montreal recovery plant has an annual capacity of approximately 25,000 metric tons. The acquisition of this plant represents a further step of Cascades’ business plan which aims to increase the volume of waste papers recovered directly by the company and used by its manufacturing units.

VICTORIA, BC – Six BC pulp mills are included in the latest Environmental Protection Non-Compliance Report, released by the provincial Ministry of Environment.

This was attributed to minimal government monitoring and enforcement that makes it easy for mills to routinely exceed the permits they were given.

Although this is the first time Pacifica Papers’ Powell River mill has been included in the report for total reduced sulphur (TRS) air pollution infractions, this is also the first report issued since an error was found in the company’s calculations, going back 14 years, when the TRS emissions have been under-reported by a factor of 32.

This was Crofton’s eighth time being listed for exceeding pollution permit for TRS. This Fletcher Challenge mill recently had an incident that spewed oily material from one of its boilers, covering local area. The Mackenzie mill was issued a warning ticket for its eighth appearance on the list because of excessive particulate matter and bivalent sulphur discharges.

It is the seventh time Celgar has been listed for spills and effluent discharge exceeds.

For the 10th time, Eurocan has exceeded its air pollution permit. Kitimat also suffered pollution exceeds from the Alcan aluminum smelter (air and water permits) and its municipal sewage plant.

The People’s Pulp Mill, formerly Skeena Cellulose, at Prince Rupert has been cited 10 times on this report for effluent discharges above permit levels.

Crabtree, QC – Que
bec Premier Bernard Landry, Joseph Kruger II (Chairman and CEO of Kruger) and Donald Cayouette (executive Vice President and COO of Scott Paper — a Kruger company) announced a 116.4 million dollar investment in the Scott Paper mills in Crabtree and Lennoxville. Investissement Qubec will participate in this project with a contribution of 11.1 million dollars, refundable under the FAIRE program. Innovation-Papier will also participate with a non-refundable contribution of 16.6 million dollars, which is the equivalent of 15% of the eligible capital expenditures in this program. The investment project will create 60 new jobs and will secure the existing 636 jobs at these mills.