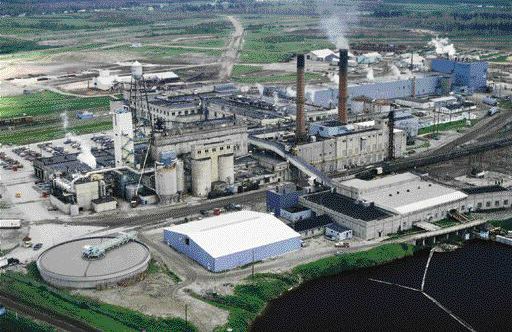 MONTREAL, QC — The PAPTAC Bleaching Committee expands the selection criteria for the Howard Rapson Memorial Award to include papers from all major conferences, including the PacWest Conference and the Congrs Francophone du Papier. The committee will start with papers from the 2003 calendar year. No action would be required on the part of the organizers of the conferences, as the Committee would have their own judges present and use their own judging forms. The Committee would evaluate all judged papers at their Fall meeting, for presentation of the award at the following year’s PAPTAC Annual Meeting.

This award is intended to foster the presentation of high quality papers for advancement of the field of chemical pulp bleaching.

STURGEON FALLS, ON — The Ontario Superior Court denied a request for an injunction to stop Weyerhaeuser from shutting down its Sturgeon Falls mill.

In a statement, the union said it has begun a campaign to focus national attention on what happens when a large American corporation is allowed to exploit the resources of a small Canadian town. The union also said the company is blocking any attempts to find a buyer for the profitable facility because it doesn’t want the competition.

Sturgeon Falls residents claim such closure will destroy a hundred years’ worth of history. In his ruling, Justice Norman M. Karam agreed that the closure will have an enormous negative impact on the workers and on the local community, and disagreed with the company’s decision of not providing notice of its intentions.

QUESNEL, BC — West Fraser took over Daishowa Canada’s interest in Quesnel River Pulp Company. Quesnel was a 50/50 joint venture founded by the two companies in 1979. The acquisition will increase West Fraser’s BCTMP and TMP capacity to 525,000 tpy.

MONTREAL, QC — Abitibi-Consolidated Inc. announced the conversion of the newsprint machine at its mill in Alma, Quebec, to the Company-developed product known as Equal Offset. Abitibi-Consolidated has also decided to indefinitely shut off operations at its Sheldon, Texas newsprint mill. With these actions, the company is permanently converting 170,000 tonnes of newsprint and indefinitely idling an additional 472,000 tonnes of high-cost newsprint capacity.

MONTREAL, QC — The North American newsprint mills production grew 1.1% in November, compared to the same month last year, according to the Pulp and Paper Products Council. As a result, the operating rate, measured by the production-to-capacity ratio, stood at 92%.

Total North American shipments declined 1.5% in November, registering a first setback since May 2002. The fall in deliveries was due to a drop in exports (-6%), as domestic shipments remained virtually flat.

PRINCE RUPERT, BC — The New Skeena has called back approximately 50 trades and general labour employees just before the holidays to begin work on environmental remediation and clean-up work projects for its pulp mill in Prince Rupert.

These 50 people are in addition to the 37, already employed at the pulp operation. Bringing the on-site total to 87 people.

Remediation work on the Watson Island pulp mill site is being done to prepare New Skeena for a spring start-up and includes the removal of asbestos-containing materials and PCB’s.

Although a mill town, Kapuskasing’s first residents were not papermakers nor lumberjacks, but prisoners of war. In December 1914, 56 POWs arrived in town to clear land at a low price. In 1917 the town became strictly a POW camp.

In 1920, Kimberly-Clark chose the town as the site of a new sulphite pulp mill and Spruce Falls Incorporated.

In 1951, Prince Philip and Princess Elizabeth visited Kapuskasing to see the mill.

In 1990, the time capsule sealed inside a lamp post by Ontario Premier G.H. Ferguson in 1927 during the official opening of the mill, was opened.

In 1991, Spruce Falls Power and Paper Company Ltd. became one of the first employee-owned companies, with its employees holding 48% of the shares, Tembec holding 45% and the balance were owned by Kapuskasing residents.

In March 1997, Spruce Falls Inc. became a subsidiary of Tembec Inc. when it acquired all the shares of Spruce Falls Acquisition Corporation.