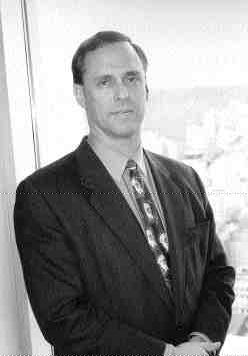 THE CANADIAN INDUSTRY ought to take better advantage of electronic-commerce as a clear way to reduce costs and increase market share, was the generally held view at Thursday morning’s Electronic Comme…

THE CANADIAN INDUSTRY ought to take better advantage of electronic-commerce as a clear way to reduce costs and increase market share, was the generally held view at Thursday morning’s Electronic Commerce Open Forum. Esther Szynkarsky, vice-president of communications for the CPPA, acted as moderator.

Mills can reduce costs substantially, said Richard Simpson, director-general of policy formation for the federal government’s electronic commerce task force. “For instance, forest product companies can save between 15% and 25% in over-all costs by engaging in E-commerce,” he said. Obstacles remain, however. “Compared to their US counterparts, Canadian business leaders are less convinced of the importance of E-commerce,” Simpson noted. “We are on par with Europe, [and are] slowly moving ahead.”

But there’s good reason to act now with greater vigor. If the most-conservative predictions hold true, E-commerce — the trade of goods and services in which the final order is placed on the Internet — will fast become an accepted way of doing business. Forrester Research Inc., a Boston-based research firm that measures the effects of technology on business, forecasts, that world-wide iCommerce sales will hit $3.2 trillion (all figures in US dollars) in 2003 — accounting for about 10% of the world’s GDP.

To keep pace, Simpson said, “Canada’s share of the E-commerce pie has to remain at 2.1%.” Thus by 2003, Canadian companies will have to pump out $67 billion in goods and services via the Internet. To better understand the predicted explosion in Internet sales, note that global E-commerce sales today stand at about $500 billion, with Canada’s share at $5.5 billion. Simply put, that’s more than a 10-fold jump in three years.

Among the benefits that E-commerce promises is multiplying a company’s presence, said Craig Campbell, a partner for PricewaterhouseCoopers’ global forest and paper practice in Vancouver. “You can sell paper to people who didn’t know you existed,” Campbell said. “It’s a change from the traditional model of doing business — one that sells directly to the customer.”

He noted that pulp-and-paper companies should take the threat seriously. “Brokers and dot.coms, which are more focused on the customer, will begin elbowing their way into the value chain.”

Some well-reported examples of companies that have adopted such a business approach include Dell Computer Corp., Cisco Systems and Amazon.com. Other businesses like Chapters, Bell Canada and Nortel Networks have adopted variations of this theme, typically launching an E-commerce site to complement their traditional business.

There’s more bad news for newsprint producers. The predicted rise in Internet use by 2003 will eventually result in a one-to-three percent reduction in newsprint sales, mainly because the Internet will take away market share from newspapers for some ads — like help-wanted and classifieds — as well as stock quotes.

Still, Campbell identified a number of papermakers that are well positioned to capitalize on E-commerce with their Web sites, including Montreal-based producers Domtar Inc. and Kruger Inc. Globally, he noted paper producers like Weyerhaeuser, International Paper and Svenska Cellulosa for their E-business capabilities.

Jo-Anne Boyd, vice-president of corporate electronic commerce at Cebra Inc., a subsidiary of the Bank of Montreal, affirmed what other panelists pointed out: E-commerce is a another way of thinking, one that is foreign to many industry executives. “To reach out to these new customers — called E-customers — companies have to learn how to meet their needs.” What that ultimately translates to, Boyd said, “is an open model of doing business.” To wit, transparency.

That call for transparency threatens the comfort of many industry executives, concedes Colin Carroll, director of sales strategy for North America at PaperExchange.com, an E-commerce portal dedicated to the paper industry. Caroll, a self-described evangelist for electronic-commerce, said the industry ought to follow the examples of others like the car industry. (It recently announced an agreement with UPS, whereby consumers can track the cars they ordered.) “Allow the customer to track his shipment travelling by railcar, as one does by tracking a FedEx shipment.”

Otherwise, he told audience members, “Customers will become more knowledgeable than you are, thereby making it more difficult to make money.”

Doug Buchanan, a consultant with ANIX Management Consultant and an employee of steel-maker Dofasco Inc. of Hamilton, ON, gave an overview on how the automobile sector has developed a dedicated E-commerce network called the Automobile Network eXchange, or ANX. It might serve as a prototype for the pulp-and-paper industry.

Given the lightening-like speed of change, Campbell of PwC sums up what the pulp-and-paper industry faces: “E-commerce is still in its infancy, but things are moving fast. We’ll get bowled over if we look behind us instead of in front.”

Campbell: E-business will eventually become business — there will be no E — it will become the way everyone does business.