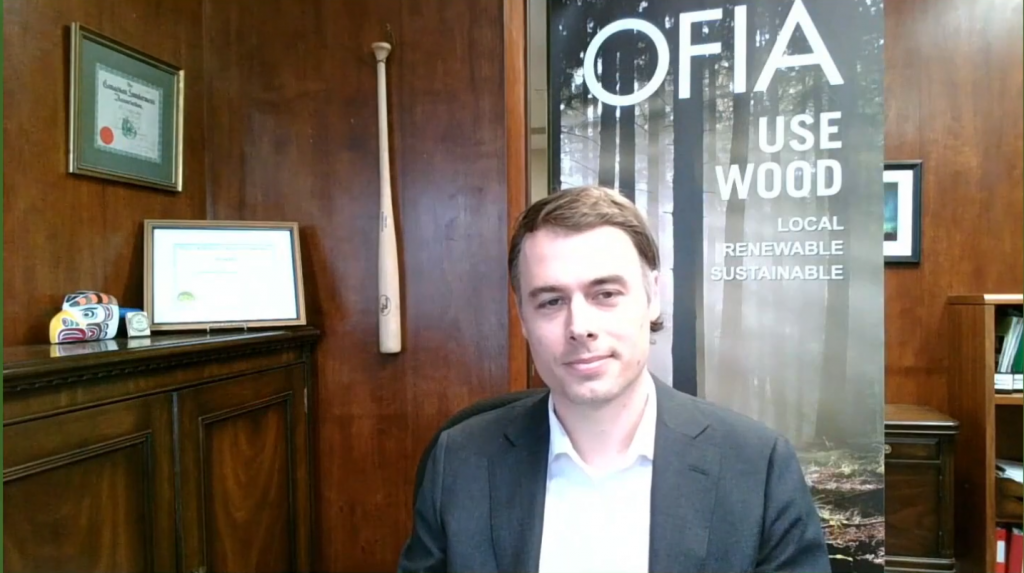 Dunn is a Registered Professional Forester with a master’s degree in forest conservation. In 2018, he was appointed by Lieutenant Governor in Council to the Ontario Species at Risk Program Advisory Committee.

In 2019, Dunn was a recipient of Canadian Forest Industries‘ Top 10 Under 40″ award for next-generation leaders. He has worked in forestry and environmental management roles throughout Ontario and Canada.

Dunn began his employment with the OFIA in 2015 and has served as director of forest policy, executive director of policy and operations, and most recently as interim president and CEO.

“I would like to thank the OFIA membership and board of directors for this opportunity,” says Dunn in a statement.

“From supporting economic development in partnership with stakeholders and rights holders, to the adaptation and mitigation of climate change, I have seen the ability of this industry to address some of society’s biggest challenges, and I am proud to represent it.”

Roger Barber, chair of the board of directors, says, “Ian has a keen interest in forest sector policy and has distinguished himself as a dedicated advocate for the forest industry and the communities who rely on this sector for their economic health. He has worked closely with the board of directors for the last six years, and we are confident that under his leadership, the OFIA will continue to provide significant value to its members and the province as a whole.”