Nov. 7, 2017 - In July of 2016, in an article published in Policy Options, I wrote: “One day soon, our children will be pulling bio-based products off the shelves without even thinking about it. But transitioning to the bioeconomy will take a coherent effort over 20 years. If Canada wants to stay competitive with its neighbours, we had better get started.” 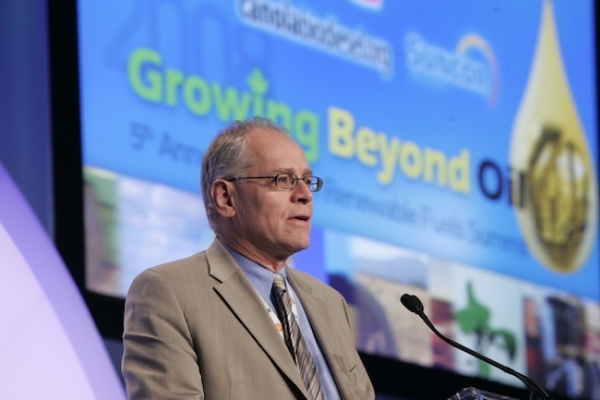 Fifteen months later, are we further ahead? Well, maybe a little. On Sept. 15 the Canadian Council of Forest Ministers (CCFM) agreed, as the press release says, “to address the future forest bioeconomy.”

The council, chaired by Natural Resources Canada Minister Jim Carr “unanimously endorsed a Forest Bioeconomy Framework for Canada.” The release goes on. “The Framework outlines a bold new vision for the future of the forest sector and the role for biomass in the transition to a low-carbon, sustainable economy.”

The good news is that this topic made it onto the ministers’ agenda and was adopted; this sends a strong signal. It has taken many years of hard persuasion by industry to get federal, provincial and territorial governments to appreciate the extent of Canada’s biomass resource (we possess nine per cent of the world’s forests), and the degree to which this can be the source of wealth creation and jobs in the emerging bio-based economy.

Less encouraging is the part that says this “is a non-binding commitment among CCFM partners and specific pathways may be endorsed, adopted and mobilized by jurisdictions accordingly.”

Clearly the forest and general bioeconomy industries still have lots of hard persuasion ahead. We need to guide all levels of government toward more firm commitments that take advantage of Canada’s vast biomass resource, and to, as the release says, “help spur innovation, investment, research, and partnerships.”

But how are we to measure ourselves against others, and is the CCFM resolution an important milestone in creating a national bioeconomy framework for Canada?

The OECD’s (Organisation for Economic Co-operation and Development) Bioeconomy to 2030 report estimates that by 2025-30, the world’s bioeconomy market will be worth between US$2.6 and $5.8 trillon. Already within the EU the bioeconomy is generating 18 million jobs and €2.1 trillion in annual investment.

Germany leads the way with 2015 investments of €343 billion, followed by France at €295 billion and Italy at €244 billion. And the EU is investing €3.7 billion to bring bio-based products to market and ensure that Europe remains competitive in the global bioeconomy race.

Meanwhile, the Americans have been supporting biorefineries for over a decade. The US Departments of Energy and Agriculture regularly release their Federal Activities Report on the Bioeconomy which outlines a vision for the U.S. bioeconomy including “sustainably expanding the production of biomass-based fuels, power and products,” with a view to enhancing the country’s overall competitiveness.

Today, Canada has a progressive federal government with a low-carbon economy agenda. But the bio sector is up against well-connected, established, incumbent industries. For the sector to flourish, governments need to establish a strong enabling environment that is in place for the long term.

A central question for Canada is whether we can be part of creating this multi-trillion dollar industry, or whether we will simply import products and materials as other countries make them.

While there are a number of Canadian federal and provincial financial assistance programs that can reduce the financial exposure of the private sector, these are insufficient to stand up Canadian firms that will be competitive on the international stage.

To help launch the bioeconomy, the federal government should consider a “first commercial project” loan guarantee program (as exists in the U.S.), a national Green Bank to facilitate private investment and provide low-cost debt, an expansion of Sustainable Development Technology Canada’s mandate and budget to encourage both domestic and foreign direct investment in bio-based projects, and tax treatment similar to what fossil and mining companies enjoy.

And it is not going to take millions, it is going to take billions. New economic opportunities like this don’t come along every decade – we need to grasp them while we can. So let’s get focussed.

Jeff Passmore is the CEO of Passmore Group Inc. and organizer behind Scaling Up Bio held annually in Ottawa and taking place this year on Nov. 27-29.

This article was originally published by Canadian Biomass, an Annex Business Media publication.