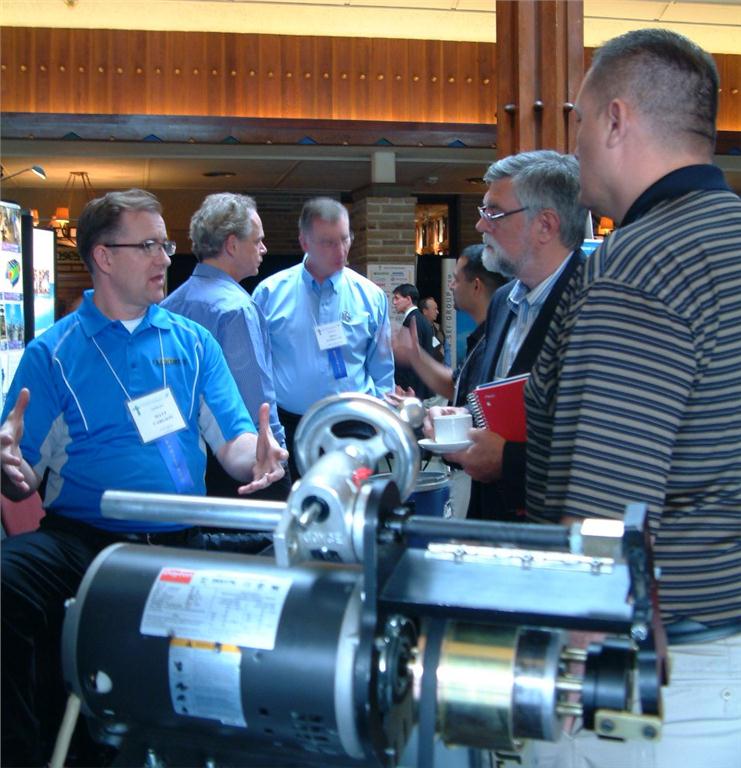 The PacWest conference and trade show in Jasper

People – how to find them, how to keep them – was the chief topic of discussion at PacWest. Both presenters and participants showed a deep concern about our industry’s current employment demographics, and about the increasing…

People – how to find them, how to keep them – was the chief topic of discussion at PacWest. Both presenters and participants showed a deep concern about our industry’s current employment demographics, and about the increasing competition with other sectors for skilled trades workers.

There was general agreement among the speakers that we need to quickly change our workplace culture to accommodate young people. Several also commented that pulp and paper’s transformation with regard to the bio-economy and groundbreaking new products will change our industry image and attract talent, but that the industry needs to “shamelessly” promote itself to achieve that goal.

Labour shortage is a problem for many sectors

Putting the employment shortage into a national perspective, John Wright, senior vice-president of Ipsos-Reid, commented that the skilled labour shortage is a micro-crisis for a whole series of sectors.

“Focusing on high schools and universities will not get you there,” Wright counseled.

Andrew Casey, vice-president public affairs and international trade, with the Forest Products Association of Canada, agreed. “The biggest problem is that we’re not the only ones looking for people.”

“I think there will have to be a triage process for the industry,” said Casey. Start locally, tapping into aboriginal communities and those who used to work in the forest products sector, he suggested. “We need to bring our own people back. We need to find them and reach out.”

In addition to aboriginals and “come homers”, immigrants and young people just entering the workforce are frequently cited as talent pools the industry should explore. Programs like Alberta’s Work Wild initiative have had some success raising the industry’s profile. Cam Rollins, of Work Wild Alberta, says his team has been able to change some people’s perceptions, especially among youth. The Work Wild effort included a web site, video, and tour.

However, for youth pursuing skilled trades, there are impediments in the current apprenticeship model. Geoff Stevens of Resource Training Organization, part of the apprenticeship training system in B.C., reported: “Trades occupations are very significant for the resource sector, and all the provinces are worried. There’s mounting evidence that the traditional sponsorship model (of an apprentice working four years with the same employer) will not work going forward.”

Stevens said B.C. is looking to launch Skill Source for the resource sector, a group training organization that would likely undertake recruitment and screening of apprentices, and take some of the burden off individual employers.

The oil and gas sector has traditionally been the major siphon on pulp and paper’s employment pool, but Stevens advised PacWest participants that this known foe is not the only one we’ll have to fight off. The West Coast shipbuilding industry has a plan to target mature workers in other sectors to meet its growing need for tradesmen, he warned

“We have had the luxury of keeping our experienced workers,” said Pudlas. But the rate of attrition has been faster than anticipated. “Now, we’ve become very good at doing retirement parties.”

“We will see the extinction of baby boomers at our company within the decade. This situation is not unique to Canfor.”

His question to the audience was: “Is your organization actively changing to meet the expectations of talented millenials?”

Gen Y needs strong leadership, orientation and training, and communication skills, as well as the opportunity to be part of a team.

To foster a more appealing image of pulp and paper jobs, several organizations are turning to social media.

“We’re tying to create a conversation about what it means to work in this industry,” explained Alistair Hain, of the Forest Products Sector Council.

The sector council has performed several studies over the last few years, characterizing the industry’s labour force, and making recommendations for improvement. The group’s federal funding ends March 2013, but its work will likely be transferred to the Forest Products Association of Canada (FPAC), Hain reported.

Hain also noted that he is willing to work with companies to develop their social media efforts.

Andrew Casey of FPAC agrees that the industry needs to communicate through social media its participation in the bio-economy. FPAC has launched the Forest Industry People group on Linkedin.

“Not all kids should go to university,” said Casey. “We need to get kids to look at other options.”

The PacWest agenda was not solely focused on human resource issues. There were plenty of technical papers, many written by mill staff.

There was a tour of the neighbouring Hinton pulp mill, graciously offered by West Fraser.

The mill managers meeting, pulp mill superintendants roundtable, and a roundtable for maintenance managers provided plenty of opportunity for discussion of operational matters with peers.

James Olson and the Pulp & Paper Resarch Centre of UBC organized a session on energy conservation in mechanical pulping with an international input.

Tom Buckman gave a motivational speech about building organizational health, noting that teamwork is a company’s ultimate competitive advantage. He explained how Buckman had adopted and applied Patrick Lencioni’s principles of effective teams.

PacWest is the annual conference of the Pacific and Western branches of PAPTAC. The conference is organized in large part by volunteers from a loose-knit organization of suppliers known as the International Brotherhood of Migratory Peddlers. Mary Barnes presides over the whole event as coordinator.