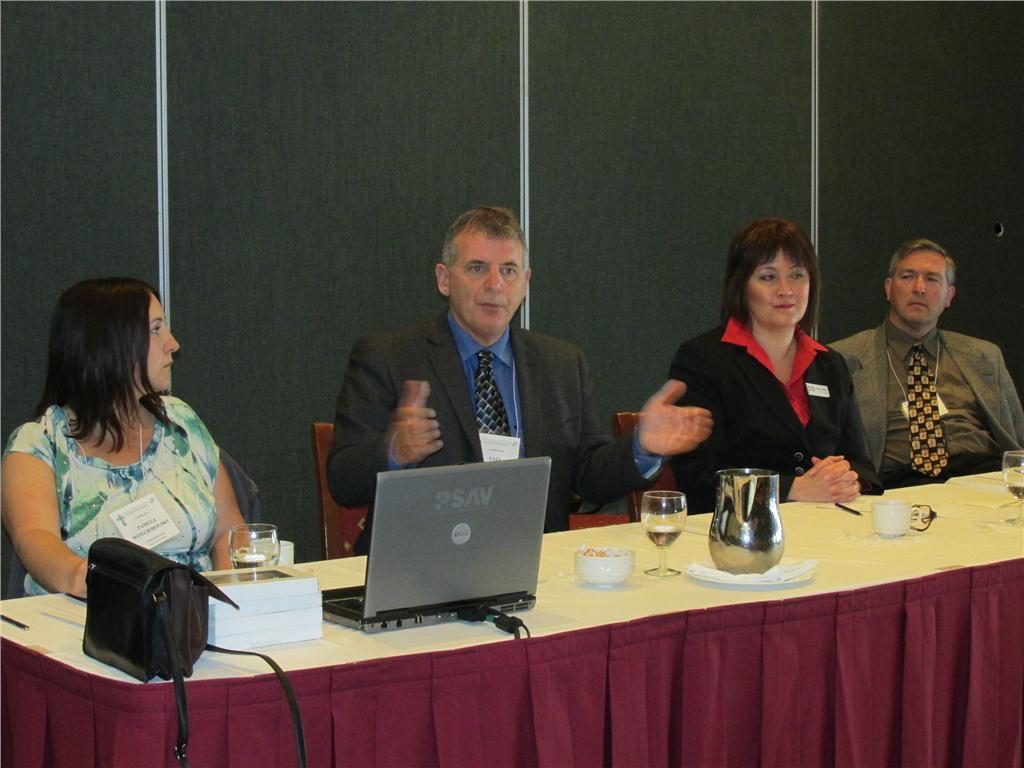 Speakers on the panel discussion about knowledge transfer in the pulp and paper industry had valuable insights on the issue.

What is colloquially known as the skills gap, referring to the dearth of skilled trades workers, is also a knowledge gap and an experience gap for pulp and paper companies. The large number of retiring workers means that, for all positions…

What is colloquially known as the skills gap, referring to the dearth of skilled trades workers, is also a knowledge gap and an experience gap for pulp and paper companies. The large number of retiring workers means that, for all positions within the mill, employees are moving up more quickly through the ranks than ever before.

At Canfor Pulp, human resources manager Twyla Hurley cites the example of chip handlers. An employee used to spend an average of 11 years in this position; now, it takes about six months before the chip handler gets a promotion.

At the 2014 PacWest Conference, a panel discussion about knowledge transfer in pulp and paper companies demonstrated that mills have come up with various training strategies to combat the lack of experience among mill personnel. They perform more extensive orientations about company culture and mill processes. They tap into the expertise of retiring workers before they leave. And, in some cases, they rely more heavily on equipment suppliers for monitoring, analysis and specialized knowledge.

The concept of a labour pool “gives us a fluctuating number of employees who are used to fill entry-level positions. When they are not moved up the line, they are available as helpers or for special projects,” Power explained. Prior to joining the labour pool, recruits undergo 6-8 weeks of classroom training.

As of May 2014, the first group of 9 people had been through the labour pool training and had been absorbed into positions at the mill. “The supervisors say these guys have a much better skill set and much better fundamentals,” said Power.

At Canfor Pulp, the workforce turnover problem seems to be a little more pressing than at most other companies. Hurley said 70% of the company’s tradespeople can retire by 2018, 54% of the salaried workers could be gone and 52% of the operators are eligible to retire.

“We’re trying to knit different types of training together,” she explained.

This new HR environment has implications for mills’ collective agreements, and has policy implications as well, Hurley pointed out. In some cases you want employees using smart phones and mobile devices for training and reference, so there’s a need to develop appropriate policies.

The PacWest conference and trade show had more than 200 delegates taking in a program densely packed with business and technical information. It took place in late May at the Fairmont Jasper Park Lodge in Alberta. Technical sessions focused on process control, mechanical pulping, papermaking, kraft pulping, asset reliability.

The conference is organized by the Pacific and Western branches of PAPTAC and IBMP, a group of suppliers to the pulp and paper industry.

Related
CORRECTED: J.D. Irving expecting to hire 7800 people by 2017 for all divisions
JDI awards 2017 scholarships to nine students
PLT Canada to place 1,000 youth in green jobs through SFI network
Change from the inside: Q&A with Pascale Lagacé, VP, environment, energy and innovation at Resolute