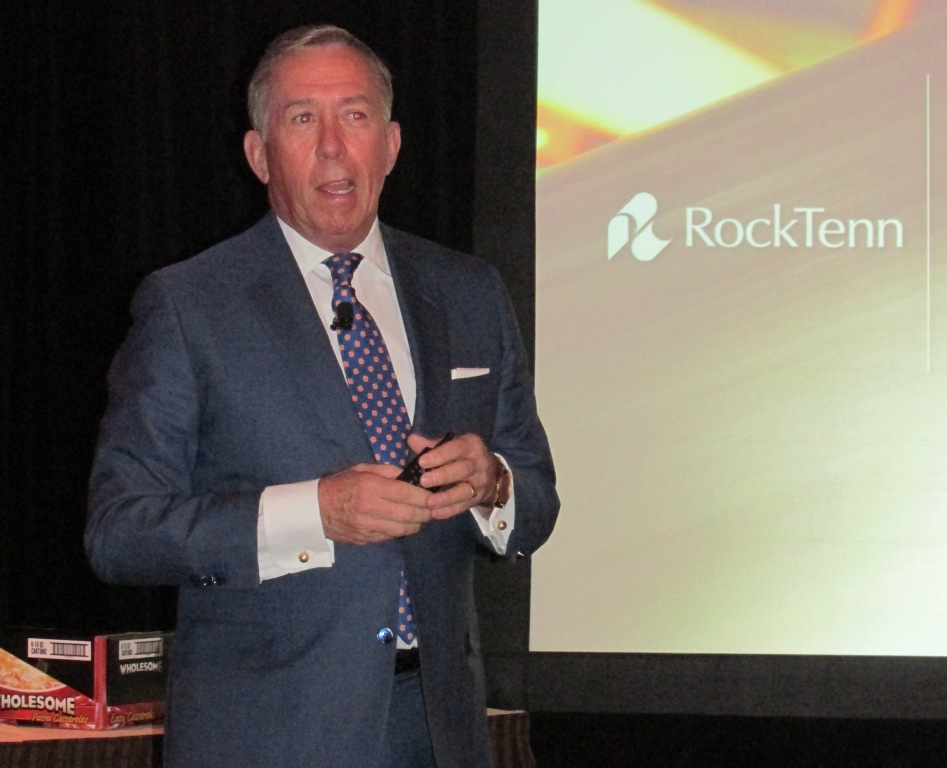 Holding a printed, corrugated box, Jim Porter told the audience at PaperWeek Canada, “Literally, there is no better product on the planet, as far as I’m concerned, than a fibre-based package.”

Holding a printed, corrugated box, Jim Porter told the audience at PaperWeek Canada, “Literally, there is no better product on the planet, as far as I’m concerned, than a fibre-based package.”

Porter is the president, paper solutions, at RockTenn, one of the world’s largest packaging companies. His keynote speech at PaperWeek Canada about trends and opportunities in packaging held optimism for the sector, despite the rapid and complex changes occurring in this market.

Globally, paperboard grades showed good growth from 2009 to 2014. Boxboard grades grew more than 10%, and containerboard more than 17%. The growth in North America was somewhat less dramatic, but significant nonetheless.

Holding a corrugated box that is designed to display product on a shelf, printed with full-color graphics as a “print billboard”, and formed with eight corners for lighweighting, Porter encouraged the audience to “unbound” their thinking, and release the brain power and the science of our industry to address the complex array of factors that are affecting the packaging market.

Porter’s underlying premise is that packaging sells products. He says packaging drives the purchase decision (37% of the time), more than TV advertising (27%), online reviews (31%) and recommendations from friends (31%).

He discussed how macro trends such as the shift to more diverse demographics (ethnicity and age), increasing use of smart phones, the decline of traditional grocery stores and the growth of small store formats will all affect package design.

Product differentiation is how fibre-based packaging can help, says Porter. Pop-up displays and end caps are an opportunity, as is personalization (think of Coke’s recent campaign, for example). Because the digitally-influenced component of retail is exploding (shopping or browsing online), packaging has to create linkages with a product’s online imagery, notes Porter.

Porter explained that RockTenn often uses precision mandrel forming to achieve a lighter package with similar strength. This technique can be used to create an eight-sided box, and allows the corrugated sheet to be shipped flat and later formed around a mandrel, which avoids fibre damage from folds which can reduce strength. He also encourages the use of computer modeling for package design, considering whether the contents of the package can contribute to carrying part of the weight-bearing load.

Related
Global paper and paperboard growth forecast at 1.1%
Digital printing for corrugated: webinar
Paper and board play key roles in the future of packaging
Report: U.S. production of containerboard, boxboard down in May