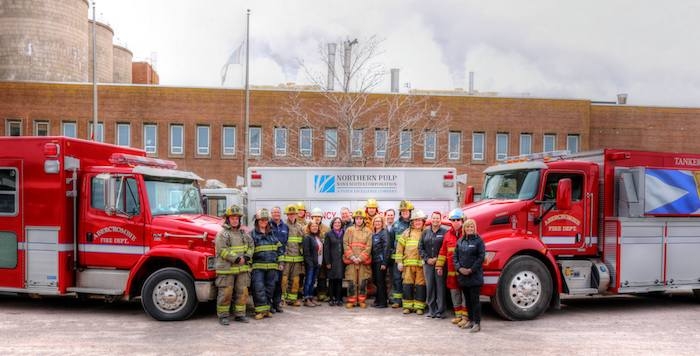 April 17, 2019 – Paper Excellence Canada has made a $25,000 donation to the Abercrombie Fire Department to support its tanker truck initiative.

Abercrombie Fire Department purchased the tanker truck with a large loan; this donation will assist the department in reducing that liability.

“This very generous donation by Paper Excellence Canada and ongoing support significantly contributes towards the safety of the residents of our community,” says Anna Svendsen, president of Abercrombie Fire Department.

“Our team at Northern Pulp has a close relationship with Abercrombie Fire Department,” says Bruce Chapman, general manager for Northern Pulp. “We are neighbours who routinely work together through a mutual aid agreement in addition to safety training measures, hazmat exercises and community events.”