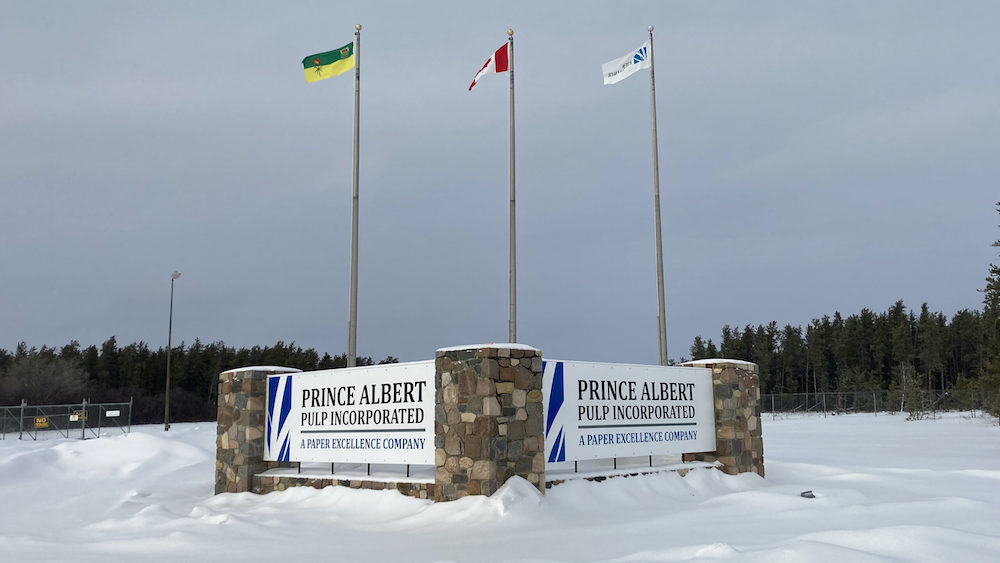 Paper Excellence has invested more than $600,000 in engineering and consulting work focused on restarting the pulp mill in Prince Albert, Sask.

The company originally purchased the Prince Albert pulp mill in 2011. In a statement released Feb. 5, Paper Excellence says it now plans to restart the facility as soon as possible once the current non-compete agreement with the former owner expires in March.

In mid-January, Paper Excellence installed new signs at the mill entrance to signal its efforts to restart the mill.

“We plan to replace the entire fibre line from the digester to the last bleaching stage. This will replace the heart of the mill and let us take full advantage of the existing recovery boiler which is one of the most modern in Canada,” says Carlo Dal Monte, vice-president, energy and business development.

“While this is an expensive strategy, it will simplify construction and minimize commissioning risks. Once we are up and running, we will also realize a significant improvement in product quality, operating costs and environmental performance compared to the mill that was shut down in 2006.”

In 2019, the company began working on the start-up plan for the mill, which is expected to cost about $550 million. Currently, Paper Excellence is carrying out engineering work for the new equipment and completing a detailed evaluation of the existing equipment that will be refurbished.

In addition to the work taking place on site, the company is meeting with representatives of the Saskatchewan government and 16 local Indigenous groups to discuss shared funding, project timelines and related investment opportunities. In October, the company signed a letter of intent with Pelican Lake First Nation and Witchekan Lake First Nation to build a collaborative relationship.

Restarting the Prince Albert mill would add an annual capacity of 340,000 tonnes of Northern Bleached Softwood Kraft (NBSK) to the company’s portfolio, as well as over 200 jobs.

Paper Excellence estimates the economic benefits for the province would top $300 million per year.